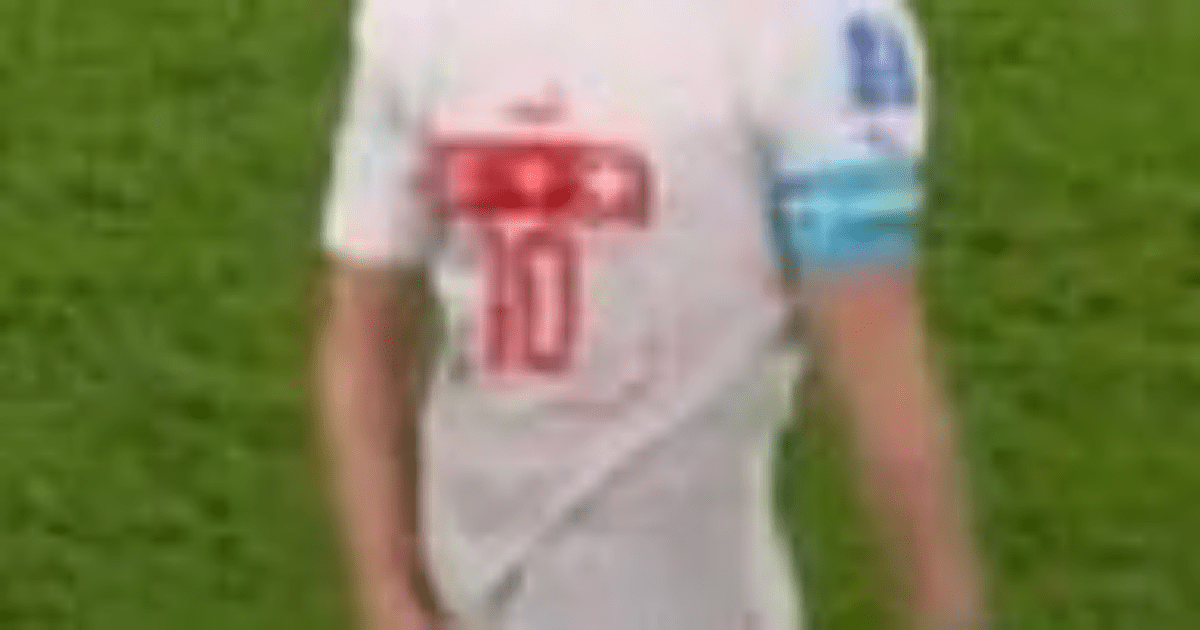 GRANIT XHAKA’S dad hit out at a journalist after she slammed the Arsenal star for his “disgraceful” gesture.

The Switzerland midfielder, 30, grabbed his manhood during the highly-charged 3-2 win over Serbia on Friday.

Granit Xhaka made the rude gesture on Friday

Xhaka sparked a mass pitch invasion and brawl when he did the move in front of the Serbian bench and appeared to aim a comment towards back-up keeper Predrag Rajkovic.

It was Rajkovic whose wife was rumoured to be having an affair with team-mate Dusan Vlahovic, a suggestion which the Serb striker has vehemently denied.

Xhaka was also at the heart of the stoppage time bust-up which saw him being grabbed around the throat by goalkeeper Vanja Milinkovic-Savic and threatened by Aleksandar Mitrovic and Nikola Milenkovic.

He then triggered further Serbian anger by celebrating the win in a shirt with Jashari on the back – Adam Jashari founded the Kosovo Liberation Army – but escaped punishment from Fifa.

But it was his naughty gesture that has caused a storm ahead of Switzerland’s last-16 clash with Portugal.

Kosovan activist and journalist Zana Avdiu raged on Facebook: “Granit Xhaka’s act is a disgrace. An act of a street boy.”

She added on TV channel T7: “What does it say about our society when we celebrate such a gesture?”

The rest of the panel – all males – tried to silence Avdiu by claiming she “doesn’t understand the emotions of a footballer” or even the gesture itself.

But Avdiu responded: “I’ll explain it to you: Granit Xhaka’s gesture symbolizes a sexual assault.”

However, things got heated when Xhaka’s dad Ragip joined the show on the phone.

Addressing Avdiu in the third person only, Xhaka Sr said: “If she calls Granit Xhaka a street urchin, that’s a great shame!

“The woman who sits on this show and has no idea about sports, emotions, or Albanians.

“These people insult his mother, his wife and children, make a number of gestures, chant ‘Kill the Albanians!’, ‘Kosovo is Serbia!’ and she calls Granit one street boys.

“The Xhaka family has never surrendered and does not surrender. Granit’s gesture was neither political nor sexist.

“Granit is Granit. He didn’t make this gesture to offend anyone.

“I warn you again: you should be careful what you write about the Xhaka family.”

Avdiu replied: “What else happens?”

Xhaka fired back: “I’ll tell you later what happens. You will have to answer for yourself in every respect.

“But when the time comes, it will already be too late, I guarantee you that with my life. Because you don’t know the Xhaka family.”

Xhaka’s dad – who is from Albania and moved to Switzerland before sons Granit and Taulant were born – also defended his son for campaigning for and supporting Albanian women whowere raped during the Kosovo War.

He added: “He is jeopardizing his career and telling the world who raped our Albanian mothers, sisters and children – over 20,000 victims.” 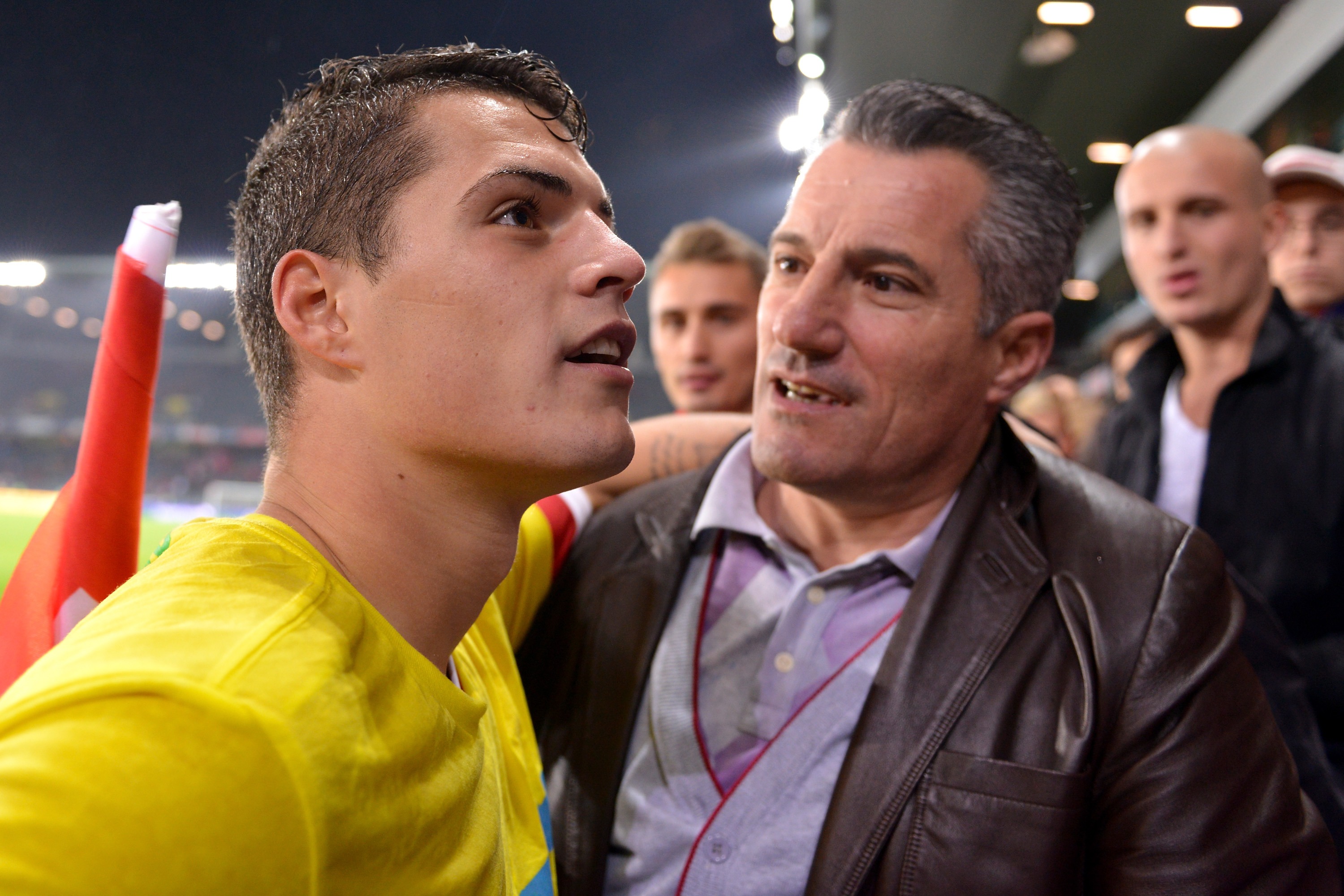 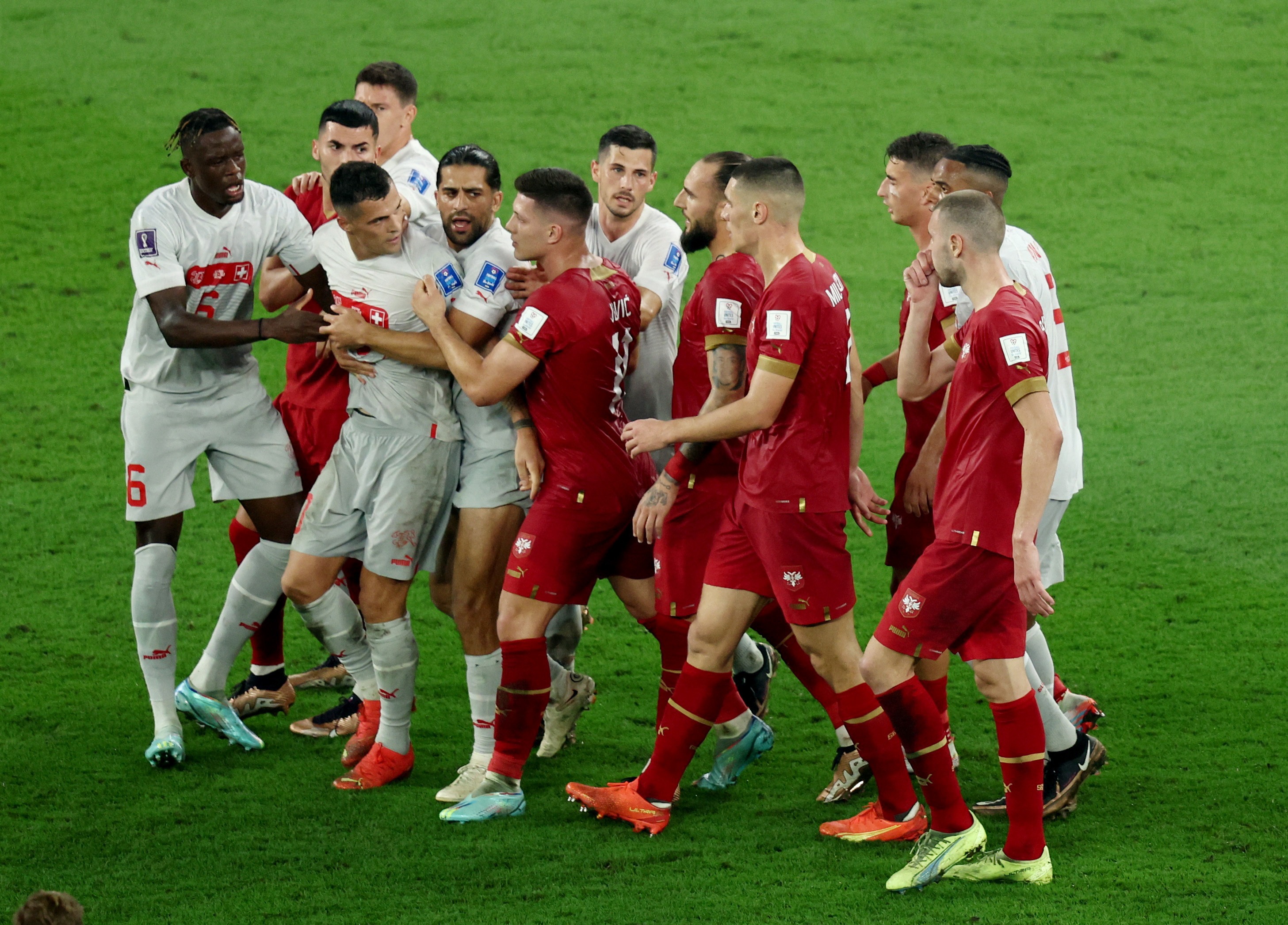 Xhaka was at the thick of the action in the win over Serbia
Did you miss our previous article…
https://www.sportingexcitement.com/football/premier-league/gabriel-jesus-to-undergo-knee-surgery-and-out-for-at-least-three-months-in-huge-blow-to-arsenals-prem-title-hopes/