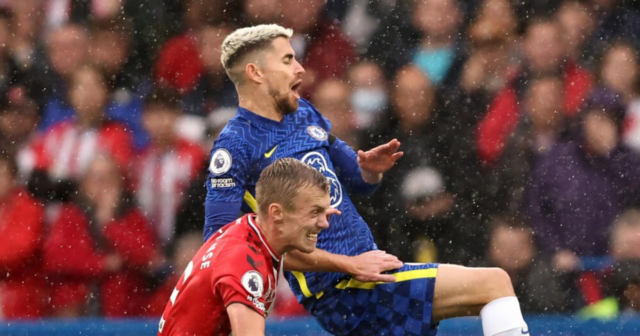 JAMES WARD-PROWSE played an incredible 102 consecutive Premier League games for Southampton, with the first in that run dating back to December 2018.

But the midfielders hot streak came to an end in the Saints’ away loss at the hands of the European champions Chelsea. 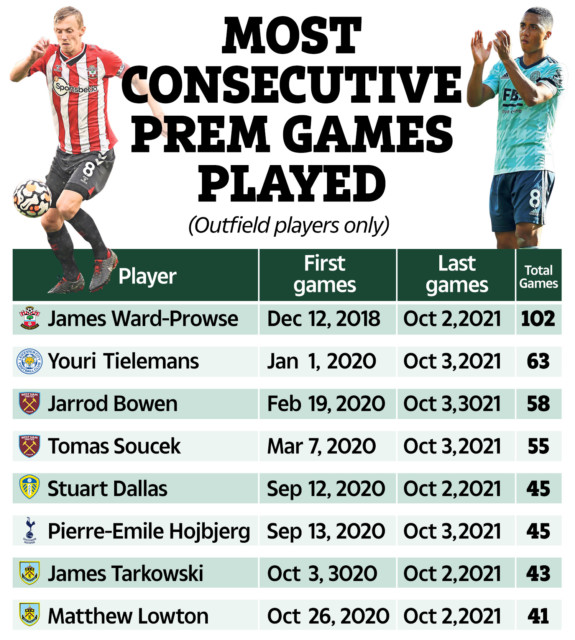 Ward-Prowse saw red just over quarter of an hour after scoring Southampton‘s equaliser from the penalty spot.

But after being advised to go and review the incident on the VAR monitor, Atkinson brandished a red card.

Chelsea capitalised on the one-man advantage and scored two more goals to win the game.

And now Leicester City‘s Youri Tielemans will take over as the outfield player with the most consecutive Prem appearances after Ward-Prowse’s suspension.

The Belgian midfielder hasn’t missed a single game through suspension or injury for the Foxes since the New Year’s Day last year.

The Hammers’ fitness freaks are on a run of 58 and 55 respectively.

Goal scoring midfielder Soucek has also covered 80.7 kilometres in the Premier League this season, the most out of any player.