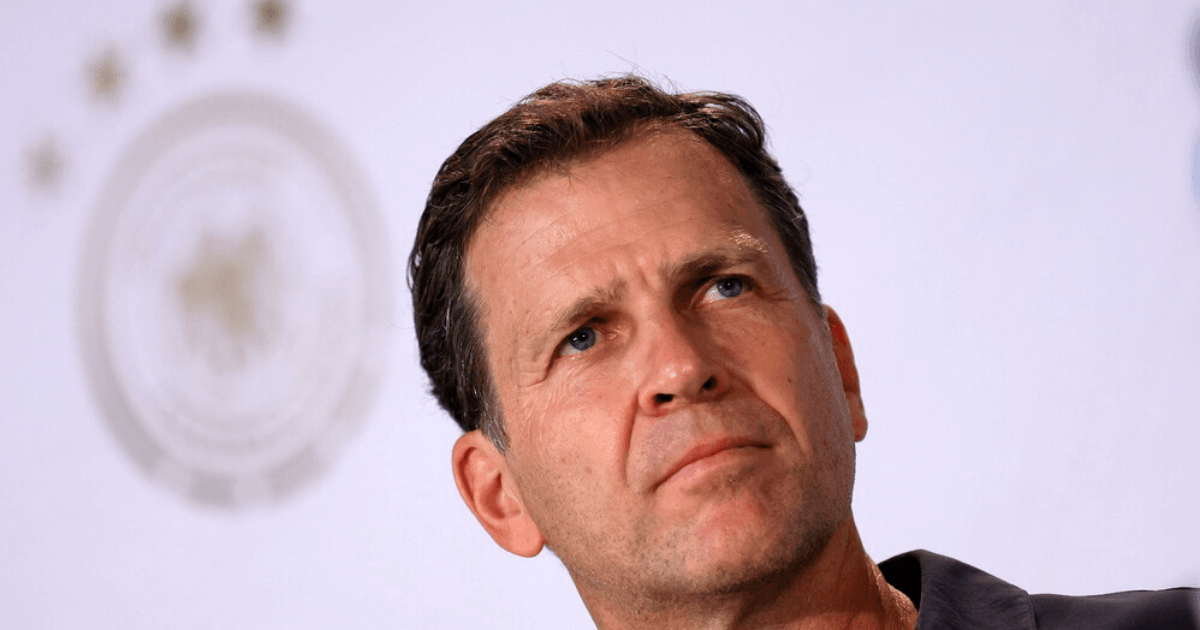 The former striker agreed to resign as managing director of the country’s national football teams and academy.

It comes after Germany went out at the group stage in Qatar after managing just four points from their matches against Japan, Spain and Costa Rica, crashing out on goal difference.

The German federation said Bierhoff agreed to prematurely end his contract that was due to run through the 2024 Euros.

Germany is set to host that tournament but there are concerns about the team’s direction after a second successive World Cup exit at the group stage.

The failure comes after their second-round exit at England’s hands at Euro 2020 last year.

Bierhoff had been working for the German FA since 2004, with the nation winning the World Cup in 2014 and the Conferedations Cup in 2017, both under his watch.

They also reached the final of Euro 2008 and made it to three more semi-finals in major competitions in that time. However, after falling short in Qatar, Bierhoff decided to step aside.

In a statement, he said: “I’ve told German FA president Bernd Neuendorf of my decision today.

“I’m clearing the path for setting a new course.”

He added: “My work was founded upon the conviction of doing my best for the German FA and the national teams.

“But that only makes the results of the men’s national team at the World Cups in Russia and Qatar more painful. That’s why I’m not leaving without the necessary self-criticism.

“We didn’t manage to repeat previous successes and to give supporters reason to cheer in the last four years.

“Some decisions we had been convinced of turned out wrong. No one regrets that more than me. I take responsibility for that.”

Germany fans struggle to take in their devasting exit in Qatar

Did you miss our previous article…
https://www.sportingexcitement.com/football/world-cup-2022/harry-maguire-blasts-raheem-sterlings-home-raiders-says-were-giving-everything-people-are-attacking-us-at-home/