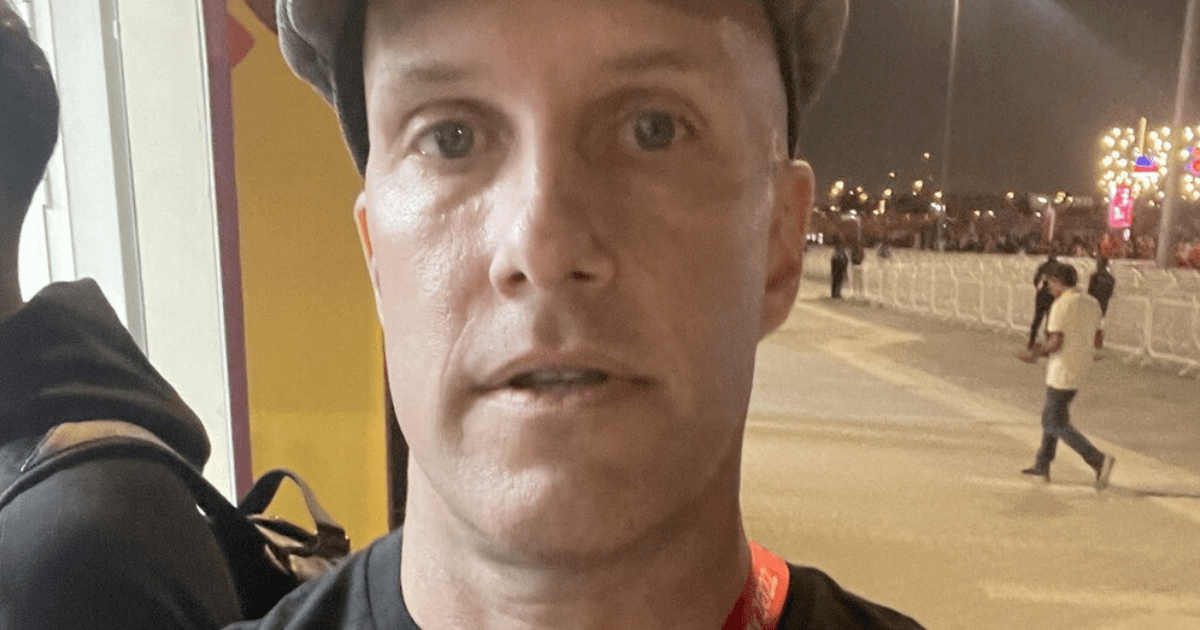 SPORTS journalist Grant Wahl has collapsed and died while covering the World Cup in Qatar – just weeks after being detained over wearing a rainbow shirt.

Wahl, 48, died suddenly while reporting on the Netherlands-Argentina quarterfinal match in Doha.

Grant, made headlines earlier in the tournament when he claimed he was detained for wearing a rainbow t-shirt

US media seated near him said Wahl fell back in his seat during extra time before journalists next to him called for assistance.

Emergency services rushed to the scene but he tragically died later on.

The journalist was covering his eighth World Cup, and made headlines earlier in the tournament when he claimed he was refused entry to a game for wearing a rainbow T-shirt.

He alleged the security at Ahmad Bin Ali Stadium in Al Rayyan denied him entry to the US opener against Wales and asked him to change his shirt.

A number of friends and family have now paid tribute to the well-known writer.

Eric Wahl posted a video on Instagram on Friday in which he said, “My name is Eric Wahl. I live in Seattle, Washington. I am Grant Wahl’s brother. I’m gay.

“I’m the reason he wore the rainbow shirt to the World Cup. My brother was healthy. He told me he received death threats. I do not believe my brother just died. I believe he was killed. And I just beg for any help.”

And Rafael Cores, a journalist for Univision who was sitting next to Wahl at the match, tweeted: “He was working on his story on his laptop, it was about 4 minutes before the end of the extra time.

“He was laughing at a joke we saw on Twitter only minutes earlier. I can’t believe it. My deepest condolences to Grant Wahl’s family.”

Wahl worked for Sports Illustrated from 1996 to 2021, known primarily for his coverage of football and college basketball.

He wrote a profile of Lebron James when the NBA superstar was in high school that is credited with making him a breakout star.

Superstar James would be drafted with the first pick of the NBA Draft about a year after appearing in the piece.

Lebron James paid tribute to the late sportswriter: “Even when I moved up in the ranks and became a professional and he kind of went to a different sport and things of that nature of the years, anytime his name would come up I would always think back to me as a teenager and having Grant in our building down at St. V. So it’s a tragic loss.

“It’s unfortunate to lose someone as great as he was.”

Did you miss our previous article…
https://www.sportingexcitement.com/football/world-cup-2022/three-lions-mascot-dave-the-cat-is-coming-home-after-being-adopted-by-stones-and-walker/

Advertisement. Scroll to continue reading.
In this article:inqatar