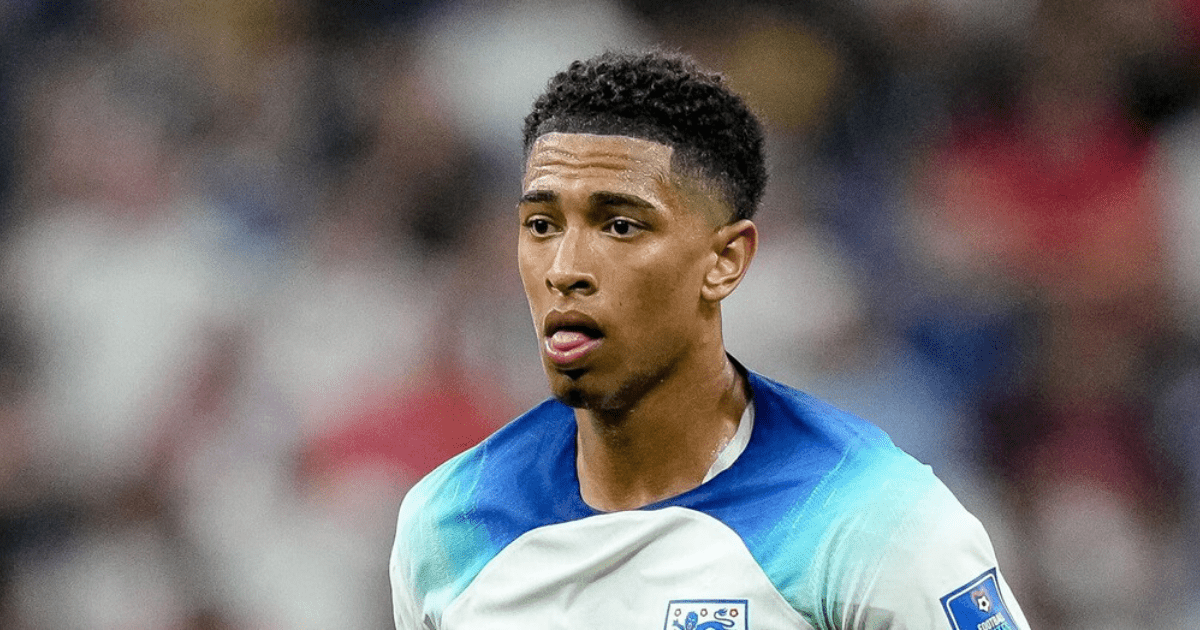 The teenage sensation is ready to show France his bite is worse than his bark when the Three Lions unleash him in Saturday’s quarter-final.

Jude Bellingham is ready for the challenge of France

Bellingham, 19, is now the most wanted midfielder on the planet after his superb displays in Qatar — with French giants Paris Saint-Germain last night declaring their interest.

And Borussia Dortmund star Bellingham said: “I go into games knowing every one is a war and you’ve got to be up for it.

“When you’ve got the dog, you’re just born with it. The way I was raised in football, you had to have that dog in you.

“That’s something I have. Off the pitch I’m a nice guy but, on it, something takes over me.

“I feel like you’ve got no friends out there except those wearing the same kit.

“Anyone not wearing that — it’s no beef — but there is something that’s personal.”

But PSG president Nasser Al-Khelaifi says they will join the race for the ex-Birmingham whizkid.

Al-Khelaifi said: “Everyone wants him, I’m not going to hide it. I respect him and his club. If we want to talk to him, we’ll talk to the club.

“He’s amazing, what a player. England are lucky to have him. He is one of the best players of the tournament.

“It is his first World Cup and he is calm, relaxed and confident.”

Bellingham scored the first in the 6-2 win over Iran then set up Jordan Henderson in the last-16 triumph over Senegal.

After Henderson’s opener on Sunday, Bellingham collared the Liverpool captain in an “iconic” head-to-head celebration.

Bellingham said: “That was completely off the cuff. We’re spending a lot of time with each other but it’s turned into something iconic.

“Hopefully people will remember it for a long time.

“He’s always the loudest on the pitch, which I love. You know you’re in a game. He doesn’t let you switch off for one second.

“Against Senegal he was incredible. Ran the game, scored a key goal. He was a pleasure to play with.”

England keeper Jordan Pickford, 28, says he and Henderson, 32, bark out orders because they came through Sunderland’s academy with Kevin Ball.

Pickford told the Lions’ Den: “You’ve got Bally, our youth-team manager, to blame for that.

“He got us here today. It’s where we’re bred — up north, different breed.”

Pickford is set to earn his 50th cap against the defending champions.

He said: “You’ve got to relish these moments. You might not get another chance to beat France.

“And to beat them in the quarters would be massive for the team.”

Advertisement. Scroll to continue reading.
In this article:thedog