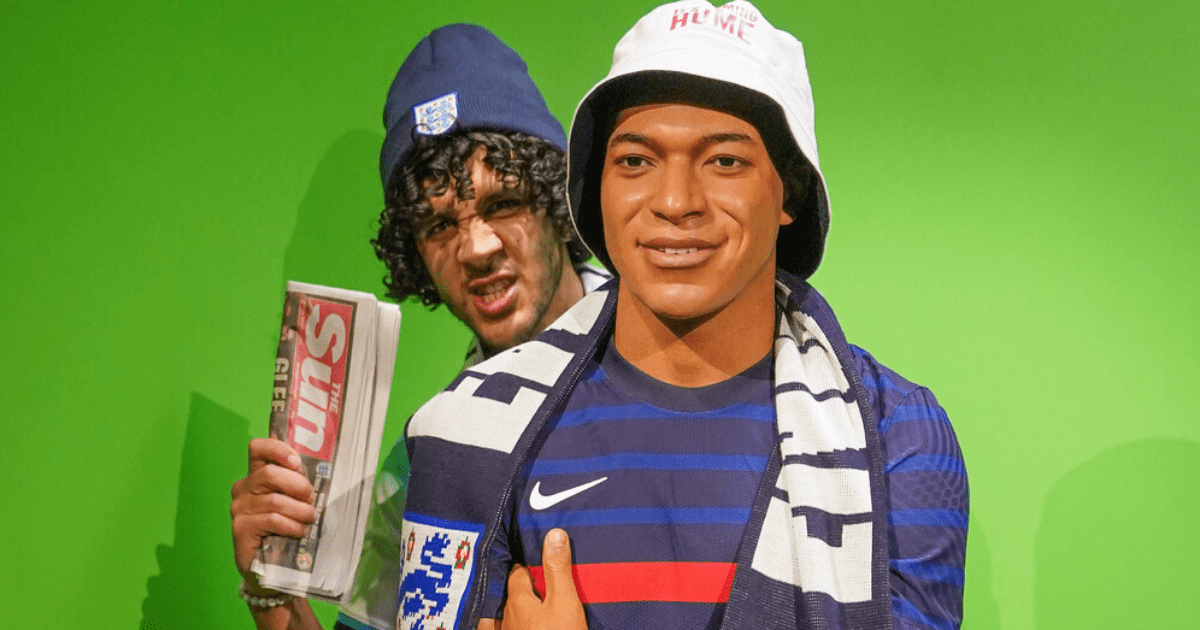 ENGLAND supporters living in Paris cheered on SE yesterday — as French superstar Kylian Mbappe was transformed into one of them.

Kylian Mbappe was transformed into an England fan 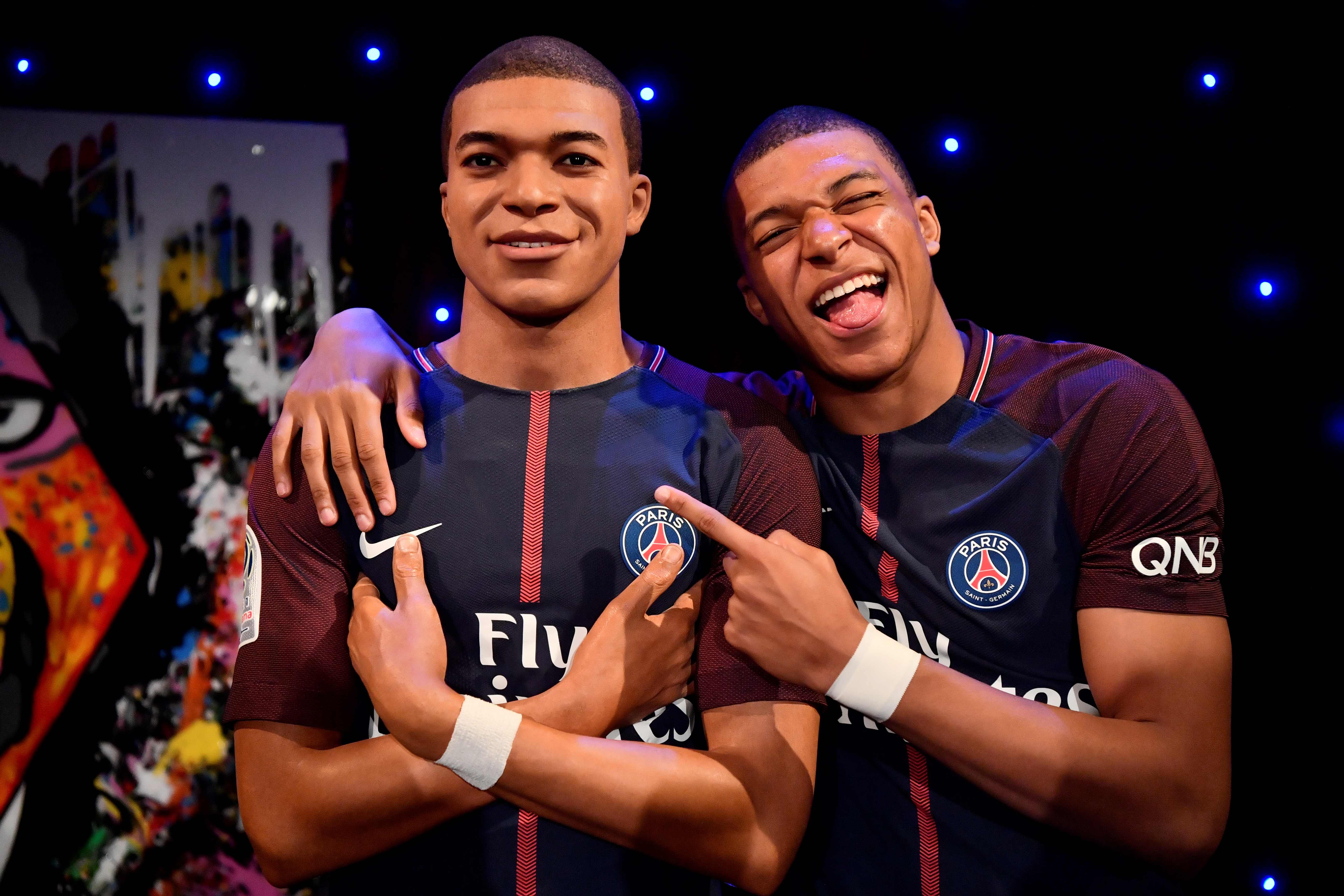 Mbappe with his waxwork likeness at the Grevin Museum in Paris

There was more bad news for France yesterday as Mbappe, 23, missed training with a suspected ankle inury, sparking fears he could miss the quarter-final.

Sun man Joe Hadden yesterday evaded security at Paris’s Grevin Museum to deck out the striker’s effigy in a Three Lions scarf and hat, with a St George’s flag wrapped around his waist.

Property developer Kyle Bridges, 37, who has lived in the French capital for two years, said: “That’s brilliant work by SE. They’ve been giving us loads of stick so we’ve got to give it back to them.”

Bugsy’s Bar bartender Luke Blackford, 23, added: “Great of the Sun to do it on their own soil. He looks better than ever in an England scarf.”

They were also confident of England’s chances of getting to the semi-finals, bolstered by players who have played in overseas leagues, including Jude Bellingham, Eric Dier and Kieran Trippier.

Kyle, who was in English boozer The Bowler, said: “We’ll smash them, I have absolutely no doubt about it.

“The players know how much this fixture means to the fans.

“Lads like Bellingham, Dier and Trippier have played abroad.

“They know what it’s like to be the only Englishman in the room.

“There’s an understanding of what it means to be English amongst these boys that we haven’t seen before.’’

Luke also believes they can beat the reigning world champs, though he is dreading the aftermath, regardless of the result in Qatar.

“Either way, France is the worst country to be in for this – if we win they’re not going to be happy and if they beat us they’re going to be even more condescending.”

Mbappe became the youngest person to be immortalised in waxwork when the Grevin Museum unveiled his statue in 2018, aided by the man himself.

The striker is one of the quickest players in the world, clocking around 23.6mph.

However if he plays he is likely to be up against speedy England defender Kyle Walker, who has recorded a speed of 23.5mph.

Cristiano Ronaldo was dropped for Portugal’s last-16 tie against Switzerland last night, following his unhappy reaction at being subbed off in their previous game against South Korea. 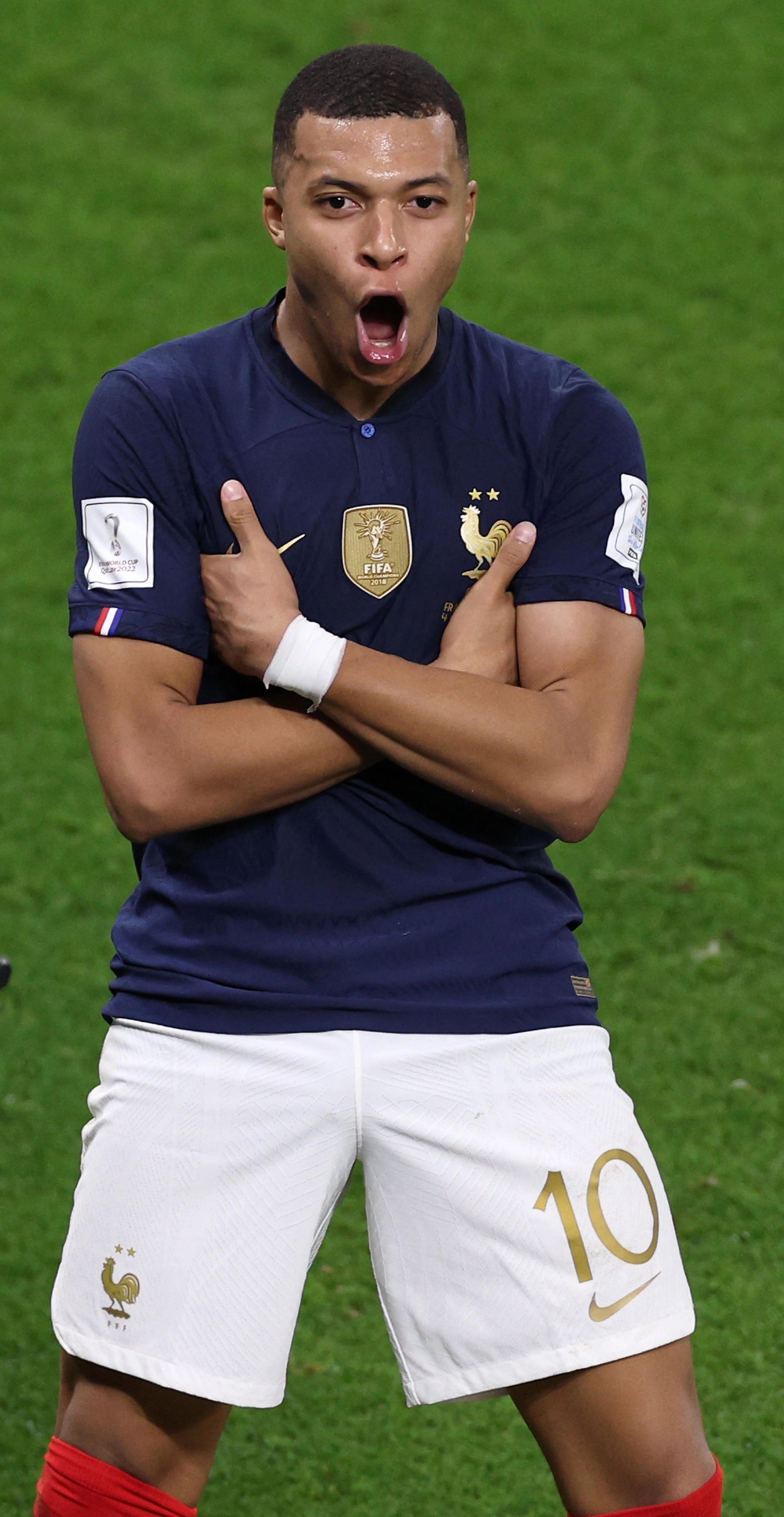 Mbappe missed training with a suspected ankle inury, sparking fears he could miss the quarter-final
Advertisement. Scroll to continue reading.

Did you miss our previous article…
https://www.sportingexcitement.com/football/world-cup-2022/who-is-portugals-world-cup-star-goncalo-ramos/