Lionel Messi got angry at me for boozing in World Cup celebrations and almost sent me to hospital, says Aguero
Advertisement 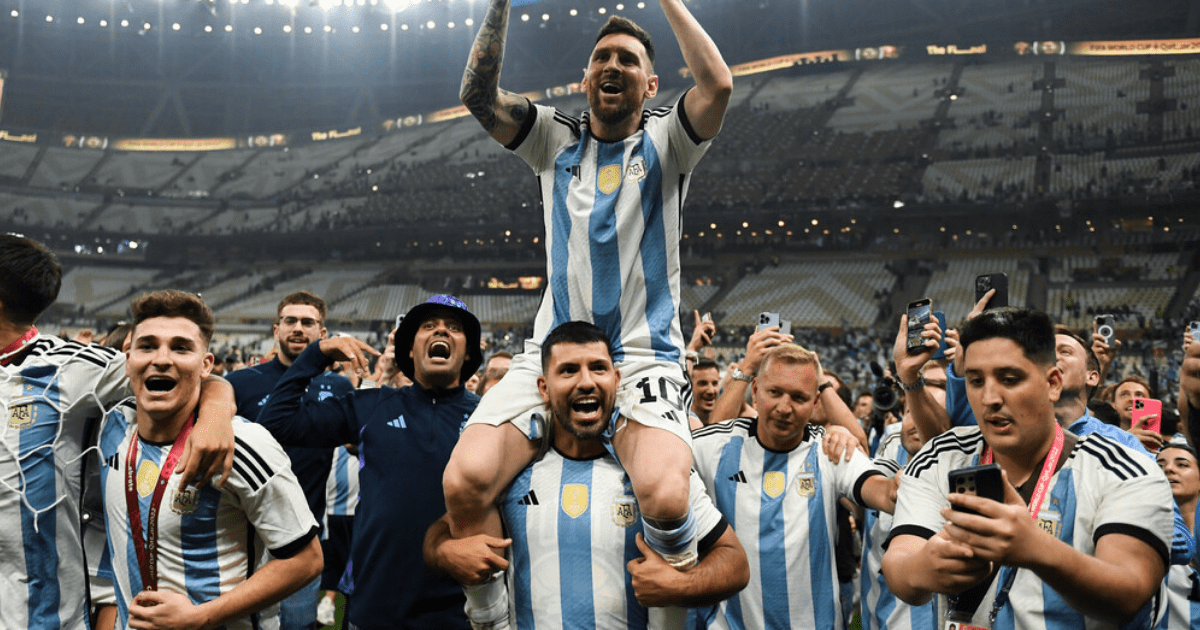 LIONEL MESSI got “angry” with Sergio Aguero for his boozing during Argentina’s World Cup celebrations, the former Manchester City striker has revealed.

Aguero, 34, has been a stalwart for the Albiceleste before having to retire in 2021 due to a heart condition.

Sergio Aguero lifted Lionel Messi on his shoulders after the match

The former striker got right among the celebrations

Despite no longer playing, Aguero was invited to join the Argentina camp during the latter stages of the tournament.

He even shared a room with Messi like they used to as team-mates, and was right in the thick of the celebrations after they beat France in the thrilling final.

Chatting about the aftermath, during which he carried Messi on his shoulders in iconic images, Aguero revealed that his old pal is heavier than he looks.

He told Argentine outlet TyC Sports: “I lifted the best in the world.

“I moved my shoulders so that he would jump, but they started to get some stitches in my back.

“At one point I couldn’t take it anymore. I couldn’t even turn around. If I turned around, I would end up in a hospital.

“He realised it because I looked at him, we exchanged glances.

“I said: ‘All good, you’re world champion, but my back hurts.’ And there he got off. He was on his knees afterwards.”

Aguero then added that his pal Messi got annoyed by his post-match boozing – but that he simply didn’t care.

The former striker continued: “I drank a lot but I didn’t eat. We were world champions. If something were to happen to me, let it be there.

After their initial celebrations in Qatar, Argentina stars returned to Buenos Aires for a huge parade.

And they were determined to take Aguero with them.

He added: “The boys wanted to take me with them to Argentina.

“They told me to hurry up because the plane was leaving, saying ‘ Come on, come on. Let’s present the passport, everything’.

“I was leaving with the national team and then I remembered that I had my son in the apartment, I couldn’t leave him lying around. I called Benja and told him I was going there. He was so primed that I forgot about everything.”

It emerged after the match that Messi and Co were posing with a FAKE World Cup on the pitch, after the real one was quickly taken away by Fifa as is customary.

Irrespective of which trophy he held, Aguero revealed it was heavy.

He said: “It’s heavy, like six kilos. I had it for 15 minutes and my arm hurt afterwards. The one from the Europa League weighs 15 kilos, crazy.

“And the one from the Champions League, eight. I never had that, but hey, I lifted the Cup of the World!” 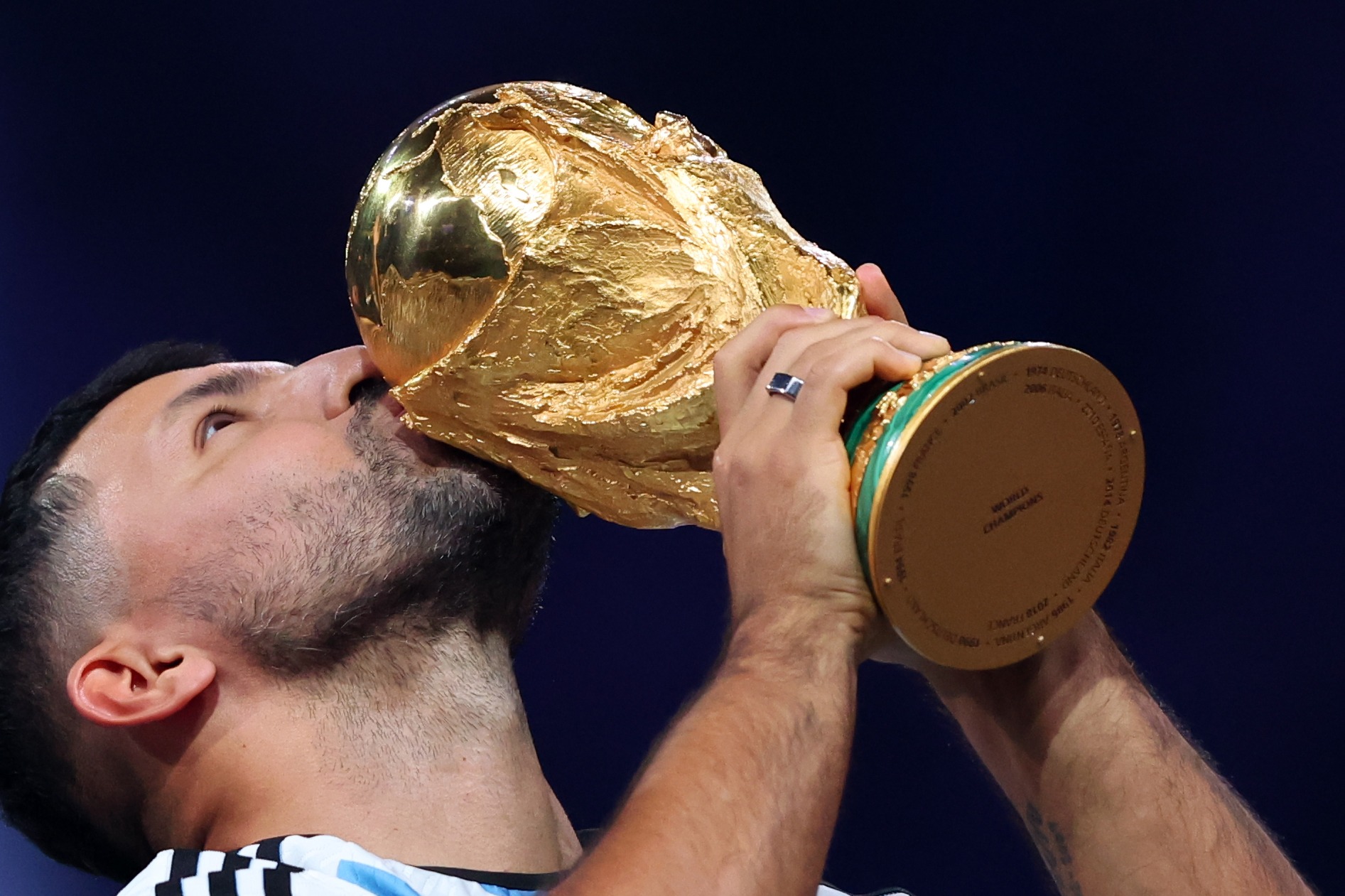