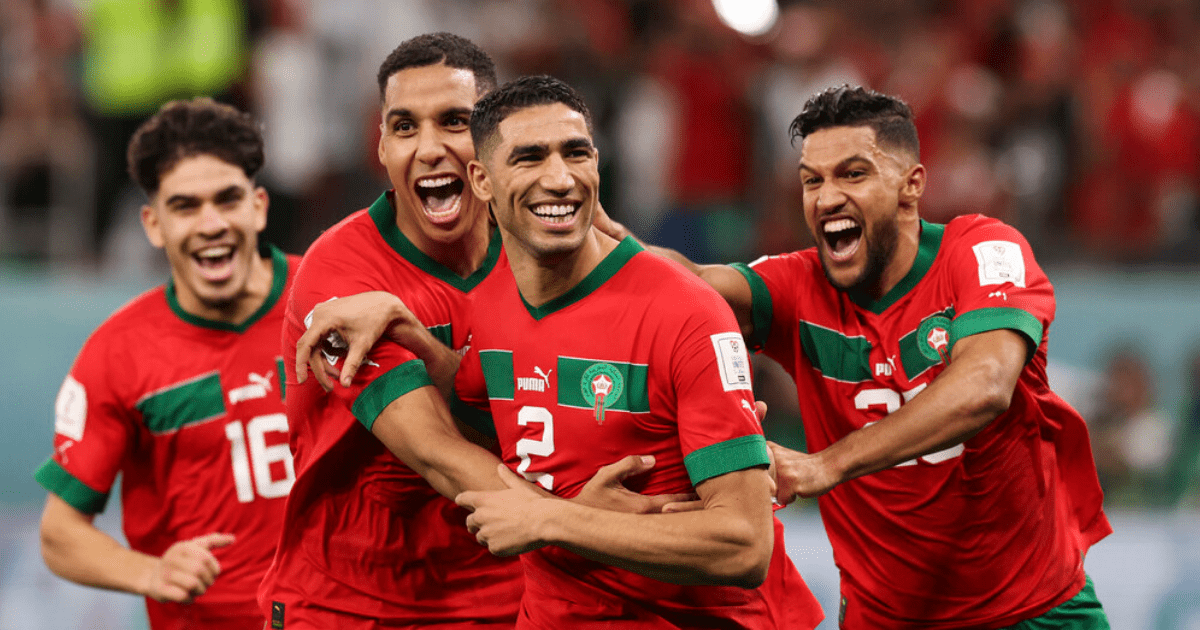 ACHRAF HAKIMI celebrated in peculiar fashion after knocking Spain out of the World Cup, and the reason behind this has now been revealed.

The Paris Saint-Germain star did a penguin celebration after his panenka penalty saw Morocco progress into the quarter-finals of the World Cup for the first time in their history.

After the win Hakimi did a penguin celebration

And while many would have expected Hakimi to be overwhelmed with jubilation over Morocco’s progress, instead Hakimi opted to fire a dig towards Spain boss Luis Enrique.

The Red Fury boss raised eyebrows with some of his selection criteria ahead of the tournament, including the notable omission of veteran Sergio Ramos.

Ramos and Hakimi play together at club level, and being from the Real Madrid academy Hakimi saw Ramos dominate the Los Blancos defence for a number of years.

And this is where Hakimi’s celebration comes into play, as revealed on Twitter.

The pair previously celebrated a goal while playing for PSG by duetting a penguin celebration – which Hakimi replicated in Qatar.

Fans online were surprised to learn the reasoning behind it, with one user saying: “Wow I didn’t see this coming. This explains the celebration

A second user said: “Was wondering why he did this. A few poor calls from Enrique on selection for sure.”

A third user added: “Lucho needed Ramos for his leadership and experience in big tournaments like the last two World Cups. 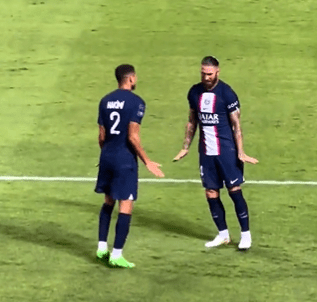 Hakimi does his penguin celebration alongside Sergio Ramos

“Group stage exit and then RO16 exit immediately in the next World Cup would never have happened if Ramos was captain.

“Also, Ramos would have taken the penalty first and scored without doubt. For Spain, Ramos was the biggest miss, because he would never miss a penalty, let alone 2 in the same game.”

The argument raised on penalty taking is also prevalent due to Ramos being a recognised taker for Spain over the last few years with the 36-year-old scoring 30 out of 35 penalties taken.

The thinly veiled dig at Enrique also comes after Hakimi declared on his Twitter page: “Sergio Ramos (is) the best defender in the world,” immediately after Ramos’ Spain omission was announced.

Thanks to their progression into the last eight, the North African nation will now face Portugal for a spot in the semi-finals.

But Portugal are likely to be a far more difficult opponent than Spain after their Iberian neighbours put SIX past Switzerland after Cristiano Ronaldo was dropped to the bench.