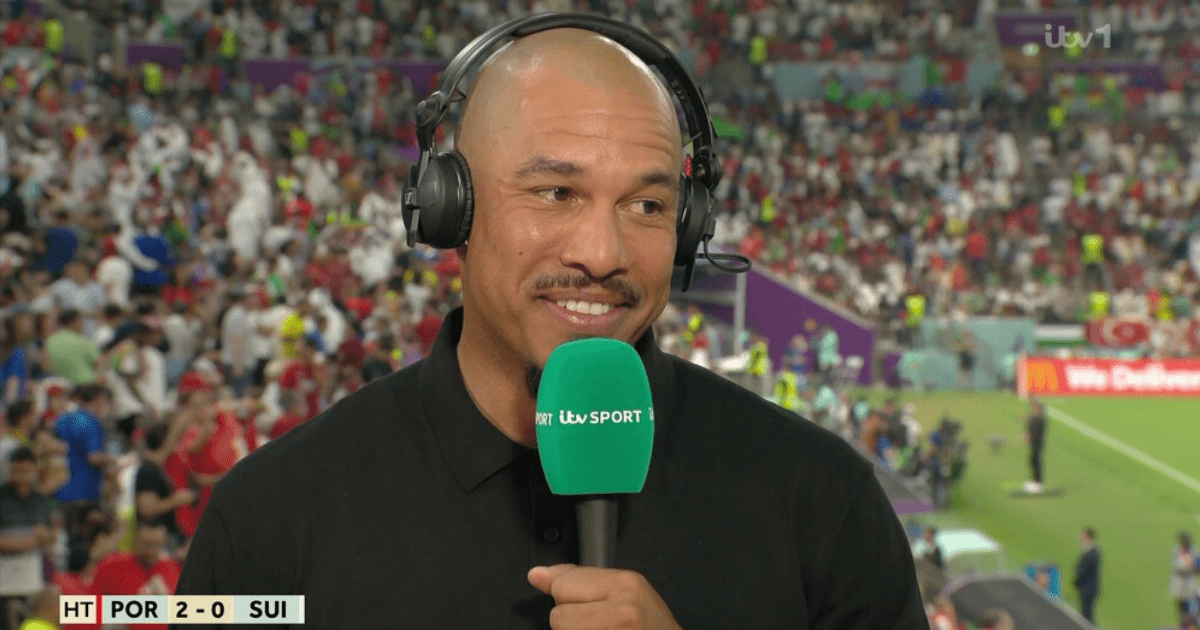 But as the pundits discussed unemployed 37-year-old Cristiano Ronaldo being left on the bench, the conversation switched to the end of great players’ careers.

And that prompted De Jong to reflect on the way Zidane bowed out.

The ex-Manchester City man, runner-up with Holland in 2010, said: “You must go out in a gracious way.

“We see it from legends of the past, like Zidane, they go out in a gracious way.”

But fans wasted no time in pointing out the final act of Zidane’s stunning career was in the 2006 World Cup final.

The 1998 winner reacted to a comment from Italy’s Marco Materazzi and headbutted him in the chest – warranting a red card.

One viewer said: “Nigel de Jong has just said that Zidane left the stage ‘in a gracious way’. Marco Materazzi might disagree.”

Another wrote: “Nigel de Jong just said Zidane left the game gracefully. I suppose the headbutt did have a perfect flowing technique.”

A third added: “I’m sure Zidane head-butted someone on his way out.”

And a final user commented: “Has De Jong really just said Zidane left in a gracious way? Could’ve sworn his last moment in football was smashing his head into someone’s chest.”

Ronaldo was benched by Portugal boss Fernando Santos against Switzerland.

It was unclear if the snub was due to his age, poor form or alleged comments when he was brought off against South Korea.

But despite having a face of thunder before kick-off, the five-time Ballon d’Or winner was outwardly smiling when his replacement Goncalo Ramos scored a sublime hat-trick.

Did you miss our previous article…
https://www.sportingexcitement.com/football/world-cup-2022/fans-in-disbelief-as-achraf-hakimi-nails-outrageous-panenka-penalty-to-ko-spain-before-incredible-penguin-celebration/

Advertisement. Scroll to continue reading.
In this article:asitv