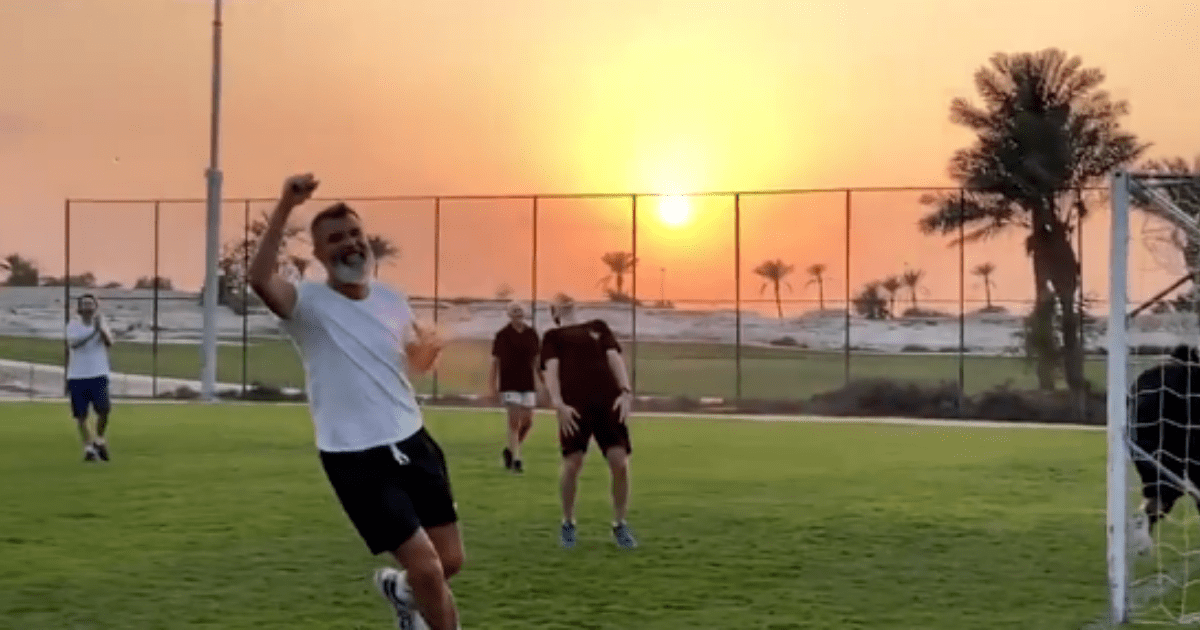 The Manchester United legend is currently out in Qatar covering the World Cup as a pundit for ITV.

The tournament reached the end of the last-16 stage on Tuesday after Portugal thrashed Switzerland and Morocco had shocked Spain on penalties.

That has led to a two-day break before the quarters get underway on Friday when Croatia take on five-time winners Brazil at 3pm.

That meant that after a hectic 16-day run of matches, TV presenters and pundits alike finally had a chance to unwind off camera.

But football was still very much the main agenda for Britain’s two main broadcasters, BBC and ITV.

The pundits of both TV stations came together on the pitch earlier to take part in a game.

And it was Keane that earned himself the headlines as he scored the “golden goal” to earn ITV victory – and he notched past none other than his Sky Sports pal and ex-Manchester City ace Micah Richards in the net.

Fortunately for the usually no-nonsense Republic of Ireland great the cameras were there to capture his moment of magic.

And the 51-year-old celebrated by ripping off his T-shirt, swirling it around his head, and then jumping over a wheelie bin prior to being mobbed by his colleagues.

A clip of it was shared by ITV Football’s Twitter account and was captioned with: “A day off for the @ITVSport team today in Doha so of course we played football. So enjoy this glorious moment as Roy Keane scores the golden goal against none other than special guest @MicahRichards. Fancy a rematch @BBCSport?”

It comes after Keane slammed Brazil for celebrating with a team dance that included manager Tite during their 4-1 win over South Korea on Monday.

He said: “Fantastic finish by Vinicius, great start to the game. But I’ve never seen so much dancing.

“It’s four goals, and they are doing it every time. I don’t mind so much the first jig, it’s the one after that, and the manager getting involved. I’m not happy about it. I don’t think it’s good at all.”