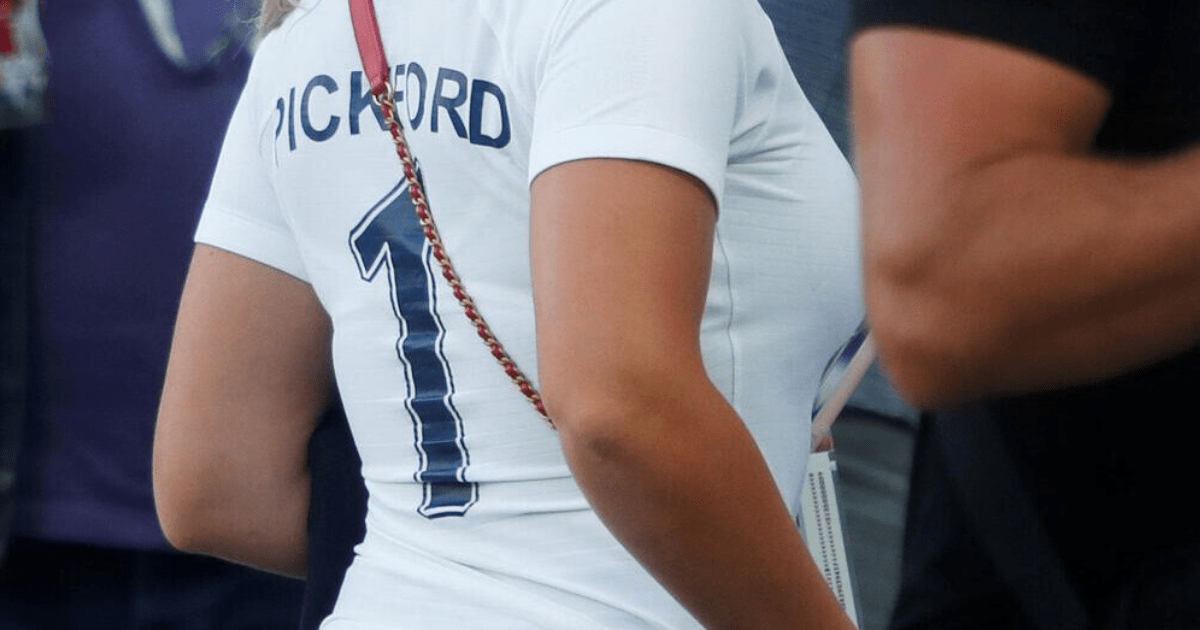 JORDAN Pickford is well known as a England footy hero.

Wife Megan Davison is a regular fixture at the goalkeeper’s matches – and she’s set to support her man in Qatar for the World Cup.

Megan Davison is the stunning wife of Jordan Pickford

Who is Megan Davison?

Megan, who is the wife of Jordan Pickford, graduated from the University of Sunderland last year.

The pair met when they were at school and have reportedly been together since they were 14.

And she moved to Liverpool with him following his transfer to Everton in 2017.

She travelled to the World Cup to support her fella and she has been spotted in the stands at every match.

Advertisement. Scroll to continue reading.
Megan with her husband

She even dug out her England jersey for the final group stage match against Belgium.

Megan was snapped wearing a huge diamond ring, before the couple finally married in March 2020.

When she’s not cheering on the goalkeeper, she is bombarding her Instagram followers with stunning snaps.

The blonde stunner has amassed over 51,700 followers on the social media site.

The couple once shared a touching and hilarious photo of the newborn’s baby grow, which read “My daddy likes to… ‘Get the rave on!’, a catchphrase that has stuck with Pickford since his days at Burton Albion in 2013.