Why is there so much injury time at the 2022 World Cup?
Advertisement 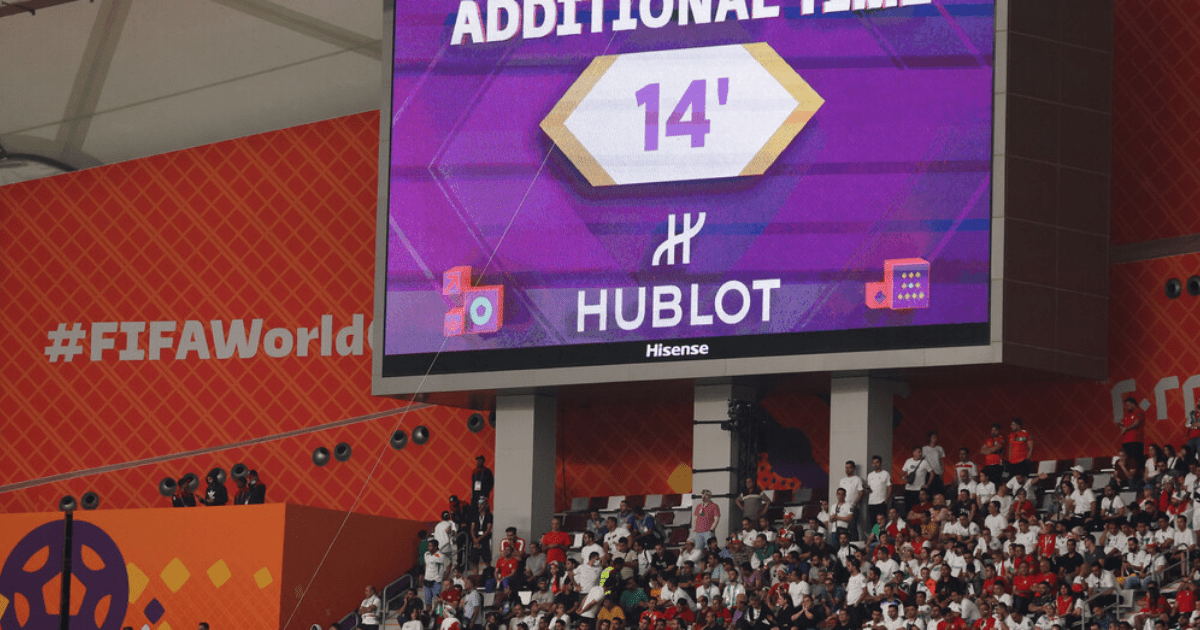 STOPPAGE TIME can be one of the most nail biting experiences in football if your side is in the lead – and the 2022 World Cup has had loads of it.

The unprecedented competition in Qatar has already put forward some controversial talking points for fans to discuss.

And one of those is the amount stoppage time being added to the end of each match.

But what is the reason and how much time exactly are referees adding to the clock?

In the opening five World Cup fixtures, there has been a staggering total of 85 minutes added on.

England’s match against Iran incredibly went on for 117 minutes due to the Iranian goalkeeper Alireza Beiranvand’s horrific clash of heads with his own teammate.

And there was another lengthy additional time period in Argentina’s shock loss to Saudi Arabia where seven minutes was added at the end of the first half followed by 14 in the second half.

A big chunk was also added to USA vs Wales and Senegal vs Netherlands.

Injuries, cards, VAR, substitutions are reason for stoppage in play but fans have been left confused as to why it has been so much at the World Cup.

What is the most amount of injury time added in World Cup history?

Opta have stated that the five single halves with the most stoppage time have all cup at the Qatar World Cup.

The head of FIFA’S refereeing committee Pierluigi Collina mentioned that the fourth officials have been instructed to keep track of lost time during the game.

Collina said: “In Russia, we tried to be more accurate in compensating for time lost during games and that’s why you saw six, seven or even eight minutes added on,” he told reporters at a pre-tournament briefing.

“Think about it: if you have three goals in a half, you’ll probably lose four or five minutes in total to celebrations and the restart.”

Advertisement. Scroll to continue reading.
In this article:somuch