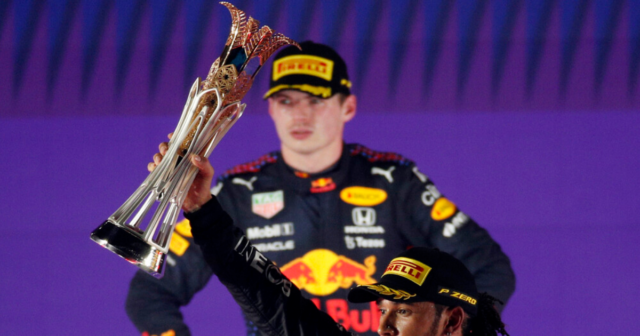 THE ABU DHABI GP could be shown for FREE on TV as Channel 4 and Sky are in talks to share the live rights, according to reports.

Sunday’s ‘winner-takes-all’ showdown between Lewis Hamilton and Max Verstappen is set to be a thriller and British TV audiences may be able to watch it for nothing.

Sky are the live rights holders but sources close to Channel 4 told the Times initial discussions have taken place about a deal which would see the race shown on free-to-air terrestrial TV too.

Hamilton, 36, and Verstappen, 24, are level on points in the drivers’ standings which has set up a mouthwatering final race of the season.

The Brit would bag a record eighth championship were he to win.

Channel 4 currently have the highlights rights to the F1 coverage which has encouraged fans.

But an outcome to the talks is not expected until later this week.

And there is also said to be a chance the decision may not be made until the weekend.

Sky do not need to strike a deal with Channel 4 to make the eagerly anticipated finale free to the public.

The broadcasting giant also has the option to show it one of its free channels.

But they did come to a ‘sharing’ agreement with Channel 4 for England’s dramatic Cricket World Cup final win in 2019 – so there is precedent.

Sky have to balance the potential good publicity and the chance of attracting new subscribers for next season against kickback from fans who have already paid to watch the race.

She told the Times: “It is only the last day of the season we are talking about, so I would hope they do so.

“Pay TV does provide a massive investment in sports and we wouldn’t want to see the end of that because of the large benefits it brings.

“But where there are epic endings or finales to sporting occasions I do think it makes sense to make them available to the widest possible audience.”

Sunday will be the first time in 47 years two championship contenders have entered the final race level on points – Hamilton and Verstappen each have 369.5.

And if Hamilton wins he will surpass Michael Schumacher’s record of seven championships and become the greatest F1 driver of all time.