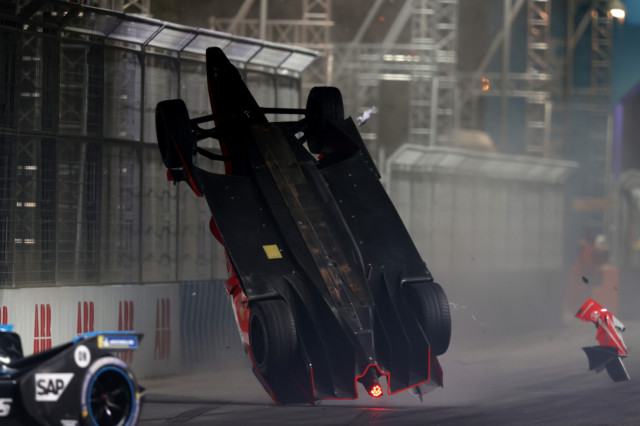 ALEX LYNN was rushed to hospital after a horror crash during the Formula E race in Diriyah.

The British star was conscious after his car flipped in the air and skidded along the ground upside down. 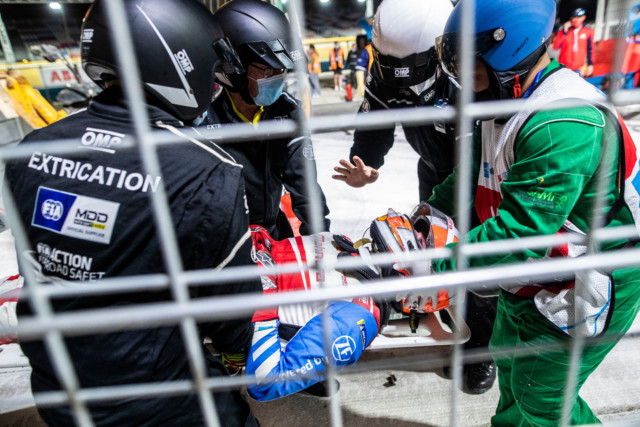 Lynn is checked over by medical staff after the crash

The second Diriyah E-Prix of the week, which was won by Sam Bird, was halted after Lynn’s accident.

Lynn’s Mahindra car hit the Jaguar of Mitch Evans during the dramatic incident.

Evans told Motorsport.com: “I saw him go into the wall and I jumped out to make sure he was okay.

“You never want to see that sort of stuff. He’s a friend as well. You don’t want to see people go through that.

“I’ve spoken to him. He seems all fine but he’s gone [to hospital] as a precaution to make sure there’s nothing after the shock has worn off.

“The main thing is he’s all good.”

The red flag came out after the British driver’s car flipped over and hit the safety wall.

Lynn was removed from the car by medical staff and taken to hospital immediately.