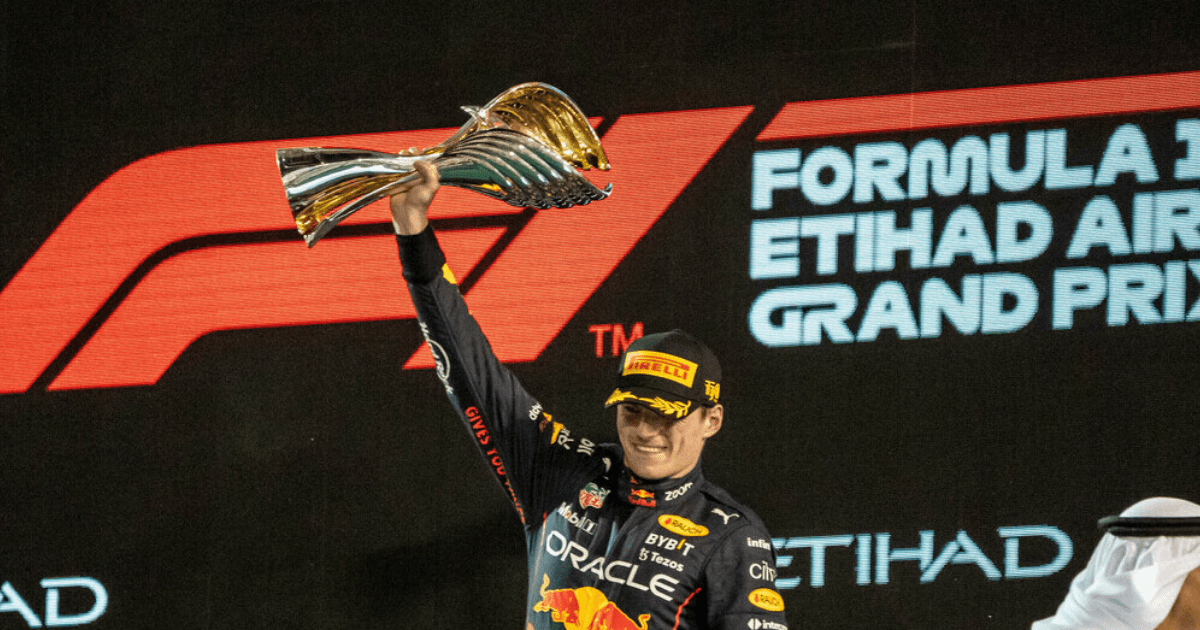 ANOTHER F1 season ends — and we have had excellent races and even better rows.

British GP. The incident-packed race at Silverstone was a classic, from the Just Stop Oil protesters on the circuit to the massive smash for Zhou Guanyu.

Carlos Sainz was a popular winner in the paddock.

Max Verstappen’s 15 wins in a season is a new F1 record. Last year he scraped his first title in controversial circumstances, this time he smashed it.

The Dutchman has been excellent. Yes, he has had a dominant car but he still had to deliver and has done so with few mistakes.

George Russell took his maiden F1 victory in Brazil and finished the season in fourth place in the championship.

Not bad for someone whom many had written off against a team-mate who is a seven-time world champion. He has not been outclassed by Lewis Hamilton.

Mercedes’ struggle caught everyone out. In pre-season testing they looked strong but a dreadful car design left them with bouncing problems, causing headaches for drivers  and  designers.

They must do better over the winter with their car to have half a chance of fighting Verstappen next season.

Zhou’s smash at Silverstone was sensational. It was a miracle he survived and that is all thanks to the halo cockpit protection system.

Mick Schumacher had a big shunt too in Saudi Arabia, which saw him airlifted to hospital for a check up.

The cost-cap row rumbled on for four races. This dreary piece of F1’s giant rulebook sent the rumour mill wild.

Accusations about leaks and how rival teams found out the details, plus all the lobbying, caused plenty of political tensions.

Ferrari. The Italians designed the quickest car but were let down by poor reliability and dreadful mistakes, especially on their strategy.

Team boss Mattia Binotto is fighting for his future but needs a new chief strategist.

The Las Vegas Grand Prix is going to be special. Packages for the showpiece are being priced up to $1million, with huge events planned around the weekend.

It is the penultimate race of 24 — more than ever — with a further six sprint events on top.

Advertisement. Scroll to continue reading.
In this article:benhunt, hereare, seasonawards