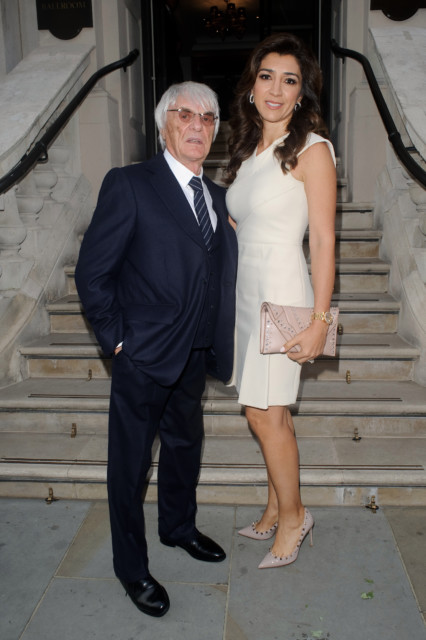 LAST summer, Bernie Ecclestone became a father for the fourth time at the grand old age of 89.

The ex-Formula 1 boss and his third wife Fabiana, 45, welcomed baby Ace into their extravagant world in July 2020.

The new arrival makes for a remarkable family tree – starting with Bernie at the top, his children and then his grandchildren.

breaks it down for you, in full.

The patriarch of the family, Bernie was born in Suffolk in 1930.

Worth £2.5billion, Ecclestone had been associated with F1 since the 1950s – during the 1958 season he entered two Grand Prix races, but failed to qualify for either.

In 1972 he became a team-owner, acquiring Brabham, which he ran for 15 years.

In 2017, Bernie was removed from his position after the Formula One Group was taken over by Liberty Media.

Not bad for the son of a fisherman, who left Dartford West Central Secondary School at 16 and first worked as an assistant in a chemical laboratory testing gas purity. 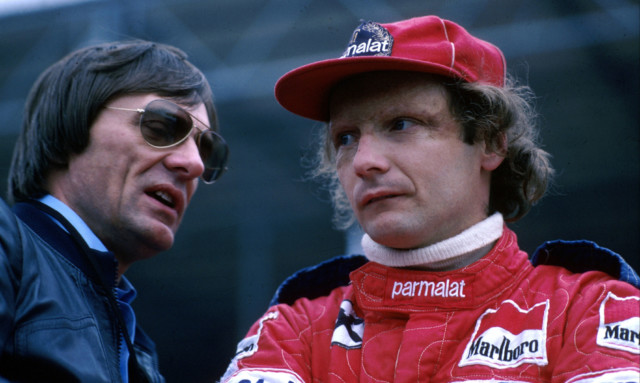 Not much is known about Bernie’s early years, when he ran motorcycle shops and car dealerships.

His first wife, a local girl called Ivy, was believed to be two years older than the businessman when they married in 1952.

They welcomed daughter Deborah three years later, but the marriage fell to pieces and they drifted apart.

Bernie married the 6ft 2in former Armani model Slavica in 1985, three years after they met at a promotional event at the Italian Grand Prix in Monza.

Despite the height difference (Slavica stands a foot taller than Bernie), a language barrier, and an age gap of 28 years they remained married for 23 years.

In 2009, she topped the Sunday Times’ Rich List in the “richest divorcees” category – getting a reported £740million settlement.

They have two daughters, Tamara and Petra. 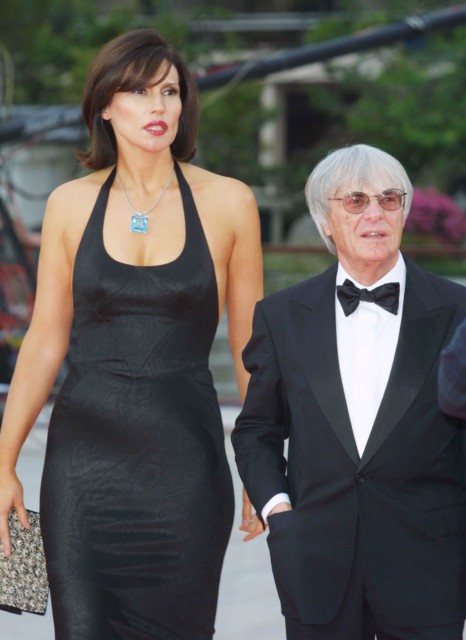 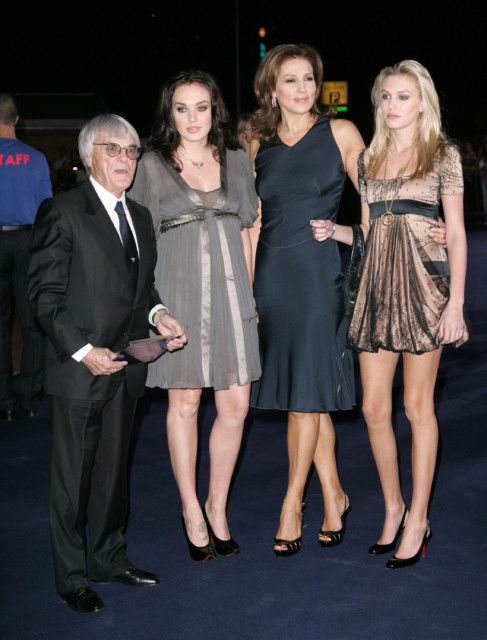 Radic, the mother of Petra and Tamara Ecclestone, was a former Armani model 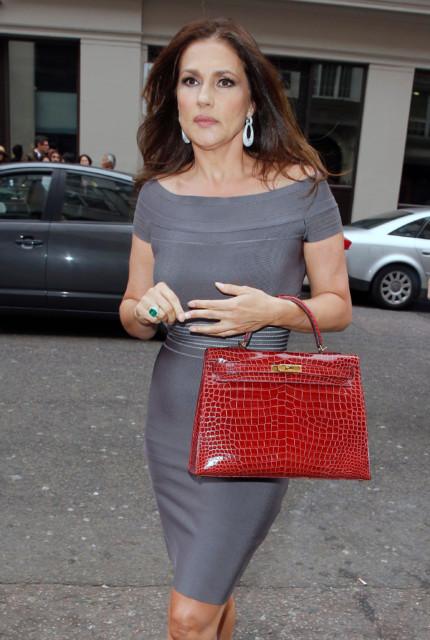 In a divorce settlement Radic received a reported £740million payout

Not much is known about the 45-year-old Brazilian.

But Bernie met Fabiana in 2009 at the World Motor Sport Council, marrying three years later in a private ceremony at their £23million Swiss chalet in Gstaad.

She helps run his coffee plantation in Brazil, where their brand Celebrity Coffee is produced.

In 2016, her mum Aparecida Schunk was kidnapped and a ransom of £28million was demanded.

Last week, they welcomed their first son together, baby Ace. 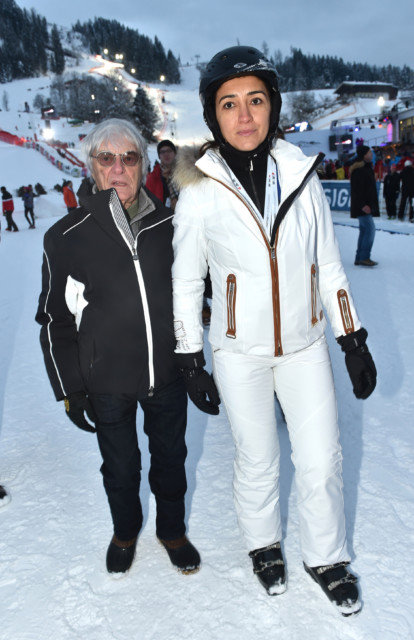 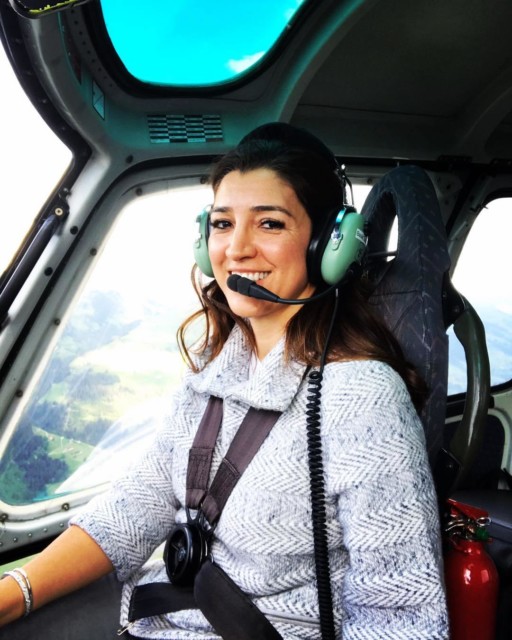 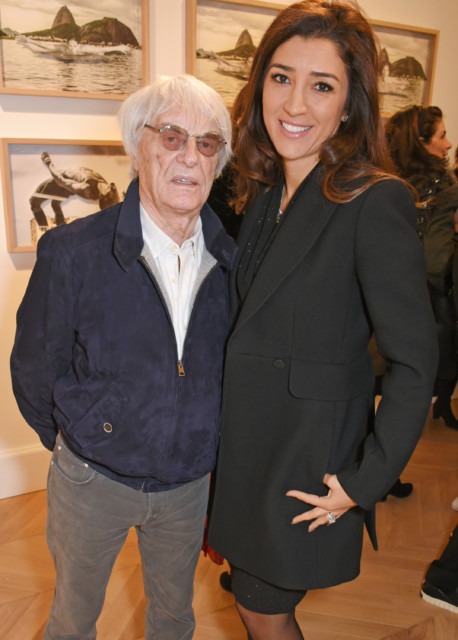 Deborah has preferred to stay out of the limelight, despite her famous family connection.

The only child from Bernie’s first marriage, she is said to have followed her dad into business.

It is believed she has two children of her own.

However, their names and ages are unknown.

For the 2009 F1 season, she presented motorsport coverage for Sky Sports Italia. 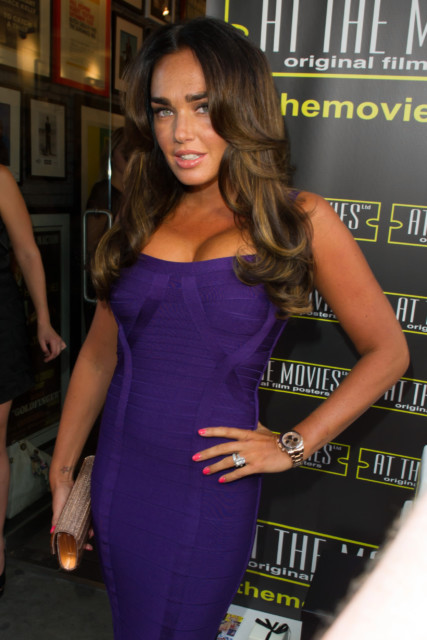 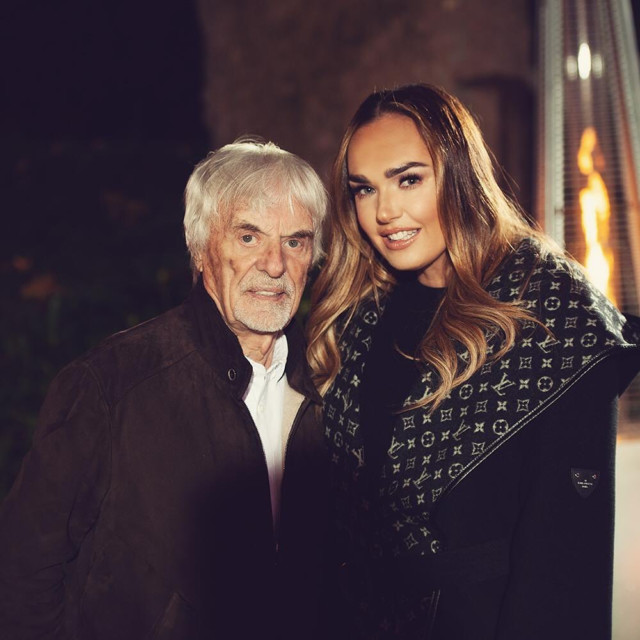 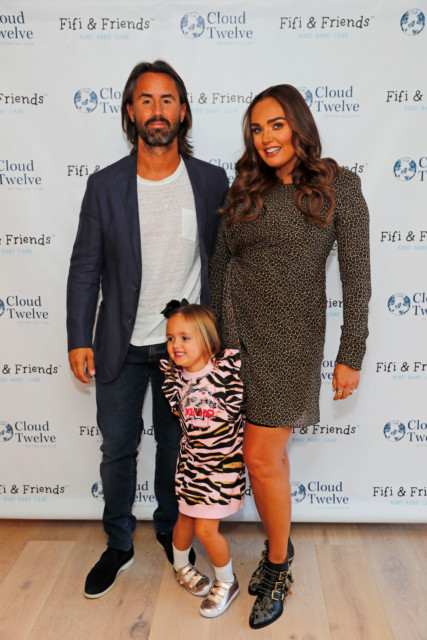 She has one daughter, Sophia, 6, from her seven year marriage to Jay Rutland.

They live in a lavish £70million mansion, a stones throwaway from Kensington Palace.

Arguably the more famous of Bernie’s socialite daughters with Slavica, Petra is now based in Los Angeles.

At 19, she launched menswear label FORM, which was sold in Harrods.

Her personal life was splashed across the front pages after an acrimonious £5.5 billion divorce row with ex-husband James Stunt, who she split with in 2017.

She was granted sole custody of their three children, Lavinia, 7, and twins James and Andrew, both 5.

And last May, Petra gave birth to a baby girl with fiancé Sam Palmer, but has remained tight-lipped on her name, which gives Bernie seven grandchildren ALL younger than his latest child. 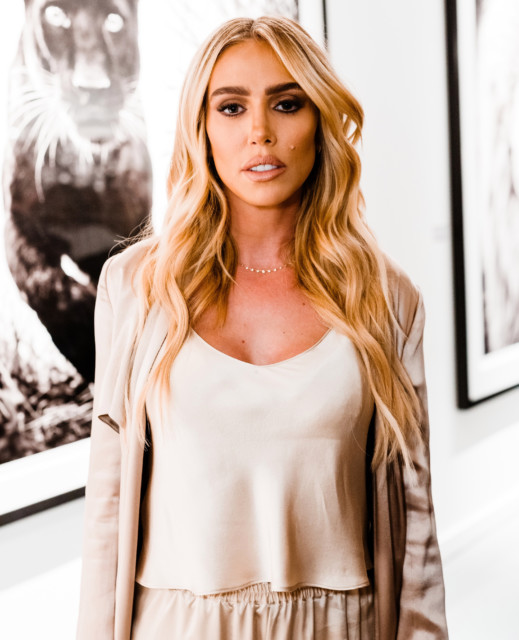 Petra Ecclestone is now based in Los Angeles 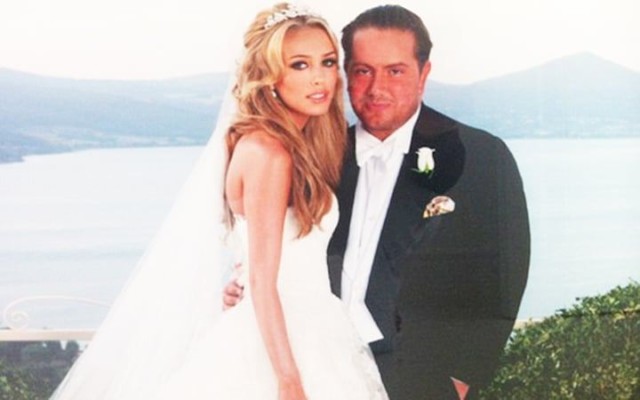 Petra had an acrimonious divorce from James Stunt in 2017 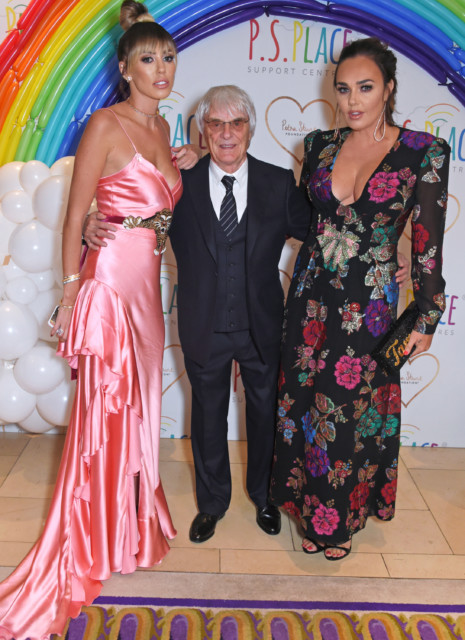