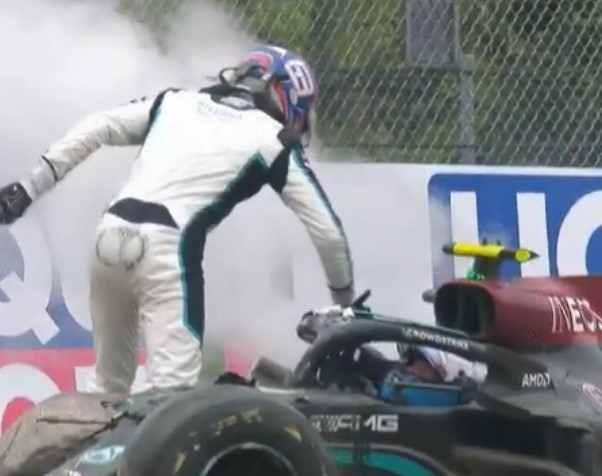 An enthralling Formula One race at Imola was halted on Lap 33 after stewards were forced to show the red flag. 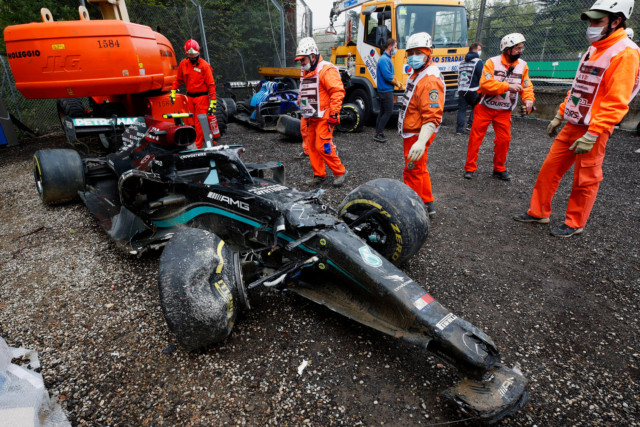 Fighting at the back of the points places, Williams ace Russell attempted to overtake Bottas’ Mercedes as they raced into Tamburello.

Earlier rain meant certain parts of the tack were damp and the Finn moved slightly to the right as his rival came up alongside him, who then jolted onto the grass and spun out.

Russell’s car collected Bottas at high speed, sending them into the left-hand barrier and bouncing back across the track to hit the other Armco.

Fortunately, both men were able to walk away from the incident although the Mercedes star, 31, appeared to have been winded and was later given the all-clear from the medical centre.

Russell, 23, fumed over the radio that Bottas had caused the crash as fans and pundits pored over the footage for fault.

Many felt neither driver was solely to blame for the crash.

As the Brit exited the track, he walked past Bottas’ vehicle and slapped him on the helmet while earning a middle-finger riposte with both drivers evidently unhappy with the other one.

The pair are both signed to Mercedes with Russell earning experience at Williams. 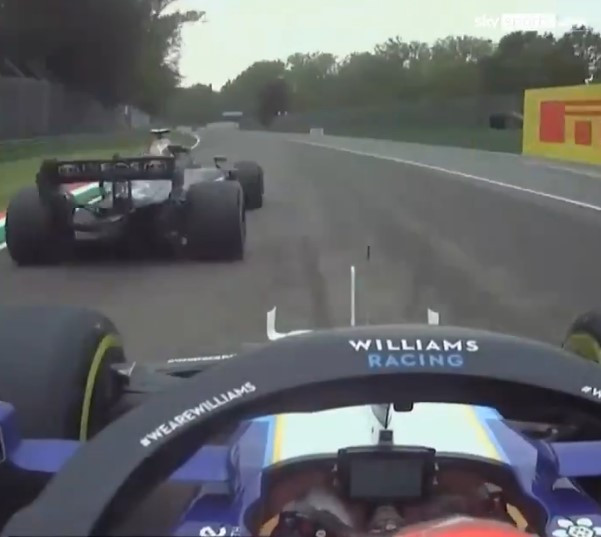 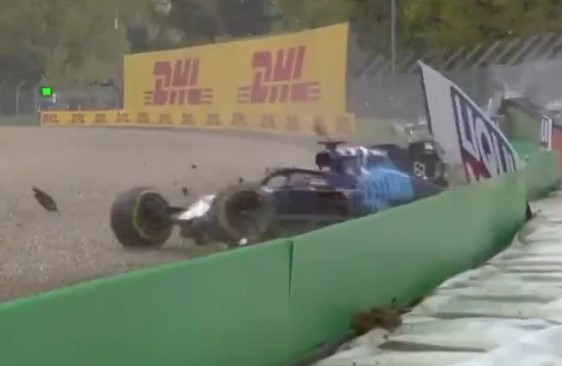 Both cars smashed into the barriers in the high-speed crash

When called up to replace Lewis Hamilton for last year’s Sakhir GP, he pushed Bottas hard and appeared set for a maiden F1 win until a number of unfortunate issues ended his hopes.

Hamilton started Sunday’s race on pole but lost his position to Max Verstappen at Turn 1 in the drizzle.

In a tough first half to the Grand Prix, the world champion lost control of his car moments before the crash and broke his front wing in the barrier.

He was able to escape back to the pits and restarted the race after the red flag period in ninth place.