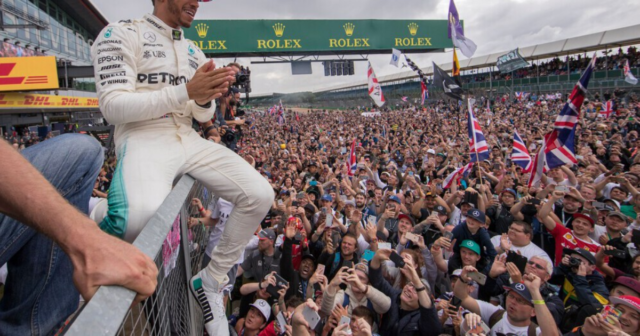 BRITISH GP bosses say this weekend’s race is a 350,000 sell out and have warned ticketless fans to stay away.

The race at Silverstone has been selected as part of one of the Government’s pilot test events and strict coronavirus and security measures are in place.

And organisers are determined to ensure there is no repeat of the despicable scenes at Wembley last Sunday where yobs broke into the stadium for the Euro 2020 final.

Pringle added: “Silverstone is a 550 acre open air site. We have as many seats as Old Trafford but they are spread over three and a half miles.

“One of the differences between us and the Open is that they do not have much grandstand capacity and one of Public Health England’s concerns is about unseated capacities.

“So our unseated capacity is almost identical to the Open attendance is just that we have the grandstands seats on top, which are considered to be controlled and in the open air.

“The other point to add is that it is not like we are not already checking people coming in.

“Yes it is another movement but we have a system in place and we have 7,000 people working for us.

“We have an extra check but a lot of those will be done off site. Around half the attendees will have their apps checked away from the entrance.”