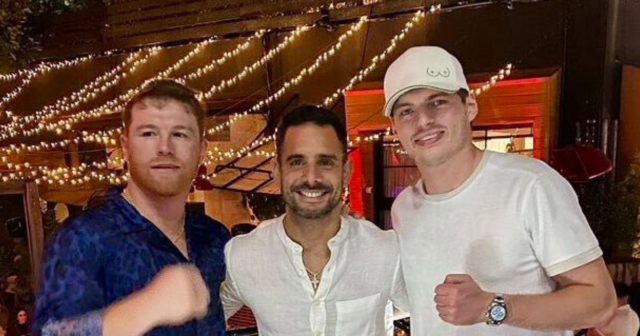 CANELO ALVAREZ posed next to Max Verstappen as the sporting champions linked up.

Meanwhile Mexican Canelo, a four-division boxing champ, was widely voted Fighter of The Year for his standout 2021.

The sporting stars were believed to have met at a party in Miami, where they were snapped together.

It comes just weeks after Verstappen, 24, pipped Britain’s Lewis Hamilton, 36, to the 2021 F1 title – but in dramatic and disputed fashion.

The pair went into the final race of the season at Yas Marina LEVEL on points, with Hamilton seemingly coasting to victory with five laps left.

But a late Safety Car after a Nicholas Latifi crash cued the most incredible finish, with Verstappen controversially overtaking Hamilton with one lap left.

Mercedes protested the result on two counts, but were rebuffed by F1 chiefs and chose not to appeal the decision.

For Canelo, 31, his run to the undisputed super-middleweight title was, well, far less disputed.

But in an unprecedented move, Canelo is now braced to move up more than TWO STONE and two divisions to cruiserweight.

He had a request accepted by the WBC to challenge their cruiserweight champion, with the boxer eyeing a title in his FIFTH weight class.

Max Verstappen with his F1 title 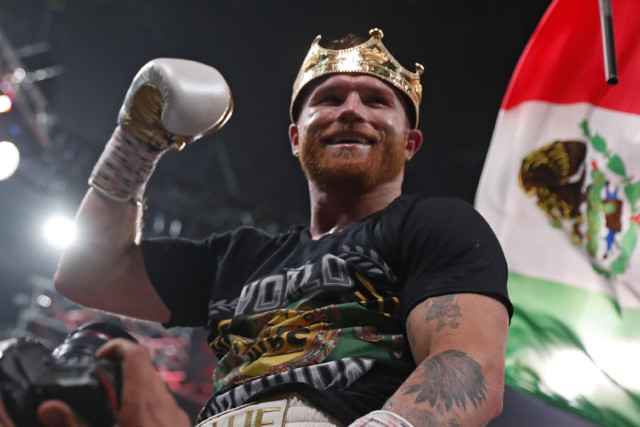