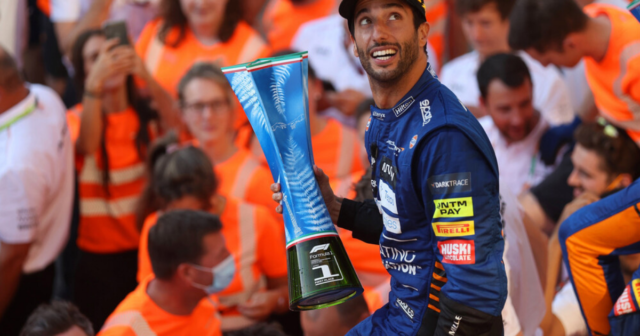 DANIEL RICCIARDO won the Italian Grand Prix despite staying up way past his bedtime to cheer on Emma Raducanu.

Raducanu, who is an F1 nut and counts Ricciardo as one of the 25 people she follows on Twitter, was at this year’s British GP.

She said at Silverstone: “When I have time, I love to watch Formula One and I’ve started to follow it week-by-week.

“I watched the British Grand Prix and Daniel Ricciardo is my favorite driver.”

And the Aussie was quick to praise her success after claiming his first F1 victory since 2016 in a shock McLaren one-two at Monza.

He said: “I probably shouldn’t say this, but I watched it. I went past my bedtime last night.

“I started watching it and it was a good game. Just how hard they hit ball. I was like – little powerhouses. It was awesome, I couldn’t switch it off.

“I certainly exceeded my bedtime but Emma did great. Really, really good to see.

“I know she was at Silverstone, I missed her there, but look forward to welcoming her to another race this year.

“Seeing her play last night, she was not overwhelmed and backing yourself is just so important.”

Seven-time world champion, Lewis Hamilton, says the whole of the UK should be proud of her achievement.

He added: “It is just incredible to see her rise. The focus that she has, the sheer determination. She’s such a sweet person as well.

“The UK has something to be really proud of in her. Can’t wait to see what she does next.

“You can take inspiration from anyone and she’s definitely an inspiring figure. She just showed everything is possible.” 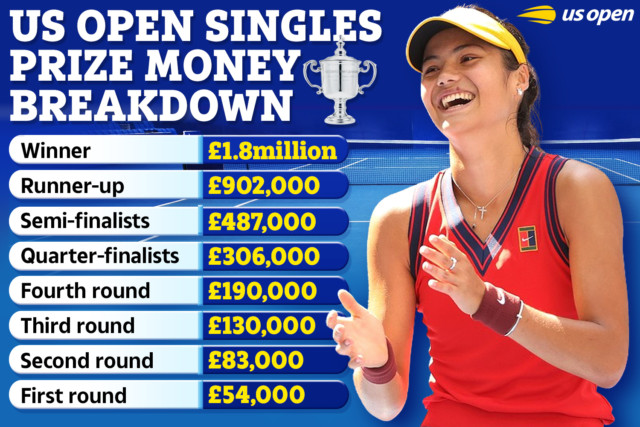 “I can’t really put it into words what she’s achieved, so young, breaking so many records.

“I’ve seen she’s a Formula One fan… a Danny Ric fan… which was a little bit disappointing.

“I was rooting for her. She obviously pulled it off, so I’m very happy for her.”