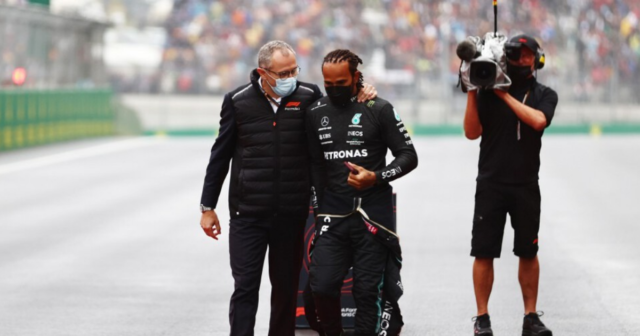 LEWIS HAMILTON blasted his Mercedes team after they blew his chance of a podium in Turkey and fears it could wreck his championship.

Hamilton could not hide his frustration as Max Verstappen retook the lead in the title race and opened up a six-point lead over the Brit.

Lewis Hamilton with Stefano Domenicali, CEO of the Formula One Group, ahead of the race
Max Verstappen claimed second spot to take a six-point Championship lead over Hamilton

Verstappen was second behind Valtteri Bottas, who won his first race in over a YEAR, while Hamilton had to settle for fifth after being called in for a late pitstop.

Unhappy Hamilton said the strategy call cost him third place and that he should have ignored the team’s call to pit for new tyres.

Hamilton was quizzed if Merc’s decision-making could impact on his chances of winning a record eighth world title. 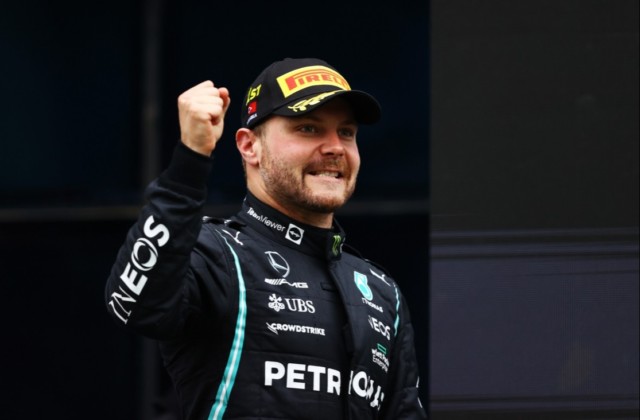 Valterri Bottas secured his first win in over a year 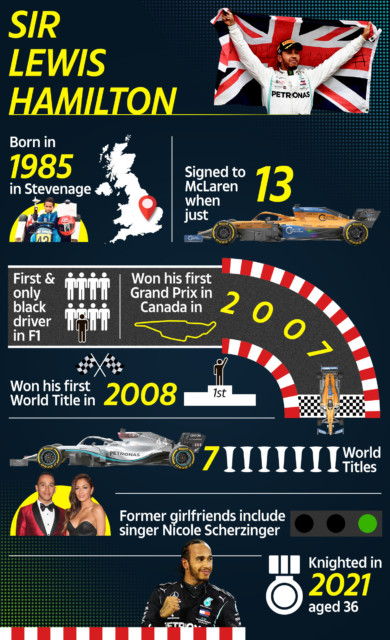 “We started 11th, we have a new engine and we scored points, so it was not a big loss.

“When you look at the last race, [when Verstappen took an engine penalty in Russia, he lost seven points.

“I lost eight [in Turley], so I have to work hard not to drop any more points.”

The flashpoint happened over the final laps of their otherwise dreary race when Mercedes called Hamilton in for new intermediate tyres.

The world champion had benefited so handsomely in Sochi when Mercedes pulled a blinder to call him in for wet tyres while race-leader Lando Norris gambled on slicks.

On that occasion, the heavens opened, Norris spun off and Hamilton was able to snap up a win that had looked unlikely.

However, in Istanbul on a damp track, he quizzed their decision to call him in for new intermediate tyres on lap 43.

Hamilton was told to pit to which he replied “Why?”. His race engineer said: “New inters are the way to go.”

But Hamilton replied: “I don’t think it is, man” before later adding “It feels like we should stay out”.

Based on his feedback, Merc kept him out and as Charles Leclerc and Sergio Perez pitted, Hamilton looked on for a third-place finish – should he make it to the end of the race on the same set of tyres he started with.

But as the damp track dried, it took its toll on his intermediate tyre, which was quickly worn down close to the canvas.

Fearing a tyre failure, Merc eventually called him in on lap 51 with eight laps remaining for a new set of intermediates.

Hamilton obliged but hit the roof once he learned that in doing his stop, he lost two places – back to Perez and Leclerc and with it a total of five championship points.

He fumed over the radio: “F*** man! Why did we give up that space? We should not have come in man. I told you!”

Hamilton was frustrated. Despite starting in 11th owing to an engine penalty, he was confident of a podium finish to limit Verstappen from storming ahead in the title race with six Grand Prix’s remaining.

He later added: “I think probably in hindsight I should have either stayed out or come in much earlier.

“It felt good to be in third and I thought if I could just hold on to this, it’s a great result from 11th. Fifth is worse, but it could be worse.”

Asked if he believed the tyres could have lasted the distance, somewhat tellingly Hamilton replied “[Esteban] Ocon’s did”.

Mercedes boss Toto Wolff defended the team’s decision to call Hamilton in for new tyres through fear of them exploding before the end of the race.

However, he admits that the team’s initial plan – to call him in earlier – was probably the right call.

He said: “The intermediate looked really scary but we thought we could maybe hang out and finish third without stopping or if a dry line appeared we could stop and take a soft tyre.

“We balanced between pitting or taking a gamble. The correct call would have been taking it conservative and pitting when everybody pitted for intermediates and fighting on track for P3.

“We have never had any problems and we have plenty of time to debate it, but it is clear, when you are in the car you have a limited amount of information.”

Pirelli chief Mario Isola said that Hamilton’s call to stay out would have been the wrong one.

The tyre boss said: “Looking at the tyres after the race I would say no or it would have very much been on the limit….really really at the limit. A very risky move.”