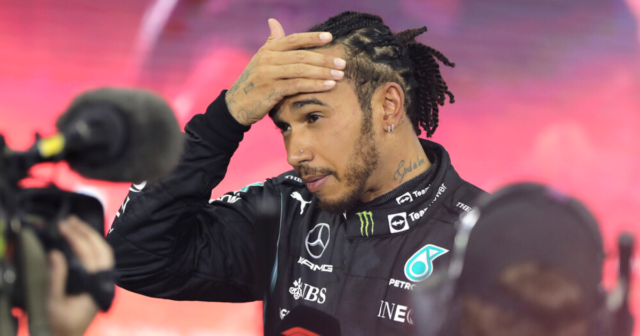 After last year’s controversial ending, which saw Max Verstappen pip Lewis Hamilton to his maiden world championship, the excitement for the upcoming campaign is like never before.

Testing is over, Hamilton and Verstappen are back, despite rumours the former was going to call it quits on his racing career, and the other 18 drivers are all raring to go.

We get things underway in Bahrain, the circuit where Hamilton was the victor last season.

When is the F1 Bahrain Grand Prix?

Fear no more F1 fans, because after three months of waiting, the season is here.

There will be a whopping 70,000 fans in attendance at the Bahrain international circuit.

When is practice and qualifying?

Practice One and Two will take place on Friday, March 18, with the third session to come on Saturday, March 19.

Qualifying will follow later that day, with the Grand Prix set for 3pm GMT on Sunday, March 20.

Lewis Hamilton has tipped Ferrari as the quickest team ahead of the first race of the season.

“It is too early to have those kind of thoughts about the world championship, but at the moment I don’t think we will be competing for wins,” Hamilton said earlier this week.

“There is potential within our car to get us there. We’ve just got to learn to be able to extract it and fix some of the problems, which is what we’re working on.”

“We have some hurdles to overcome and obviously next week we’ll get a much better showing of our pace, but I think people will be surprised, because people keep talking about whether we’re talking ourselves down or not, but it’s a bit different this year.

“We’re not the quickest at the moment. I think Ferrari look to be the quickest and perhaps Red Bull and then maybe us or McLaren – but we’re currently not at the top.”