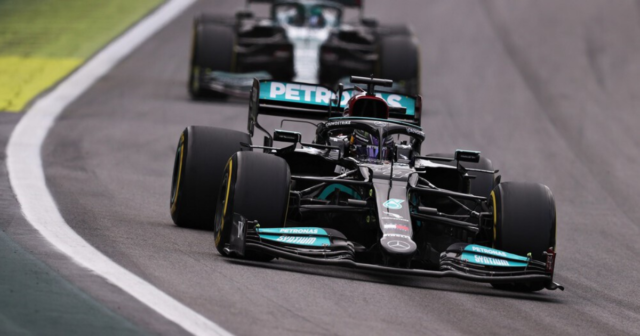 SPRINT RACES could become a thing of the past in the 2022 F1 season, just one year after being implemented on the calendar.

A disagreement over the money involved to increase the number of sprints in the F1 season from three to six could reportedly lead to them being wiped out altogether.

The British, Italian and Brazilian GP’s each had one of the controversial sprint races the day before the main race, instead of the traditional qualifying session.

And wherever the drivers finished in those sprints, was where they started on the grid for the main race on the Sunday.

Eight out of 10 teams must agree on the details for the increase in sprint races, but McLaren boss Zak Brown claims there are issues related to the money involved.

As a majority needs to agree on the vote, teams can essentially hold the others hostage in exchange for more money.

And Brown said, as quoted by the BBC: “A couple of teams, and one team in particular, wanted a $5m (£3.7m) budget cap increase, which was just ridiculous.

“And no rational facts behind it. When you challenged them, they go to what if and could and you’ve got to anticipate. You sit there and go ‘This is just nonsense’.”

But for the 2023 season the number of teams needed to agree on a vote for the sprint races drops to just five.

So Brown continued: “Maybe there can be a compromise raised and we raise it a little bit, and we start in 2022 or we skip 2022, and a couple of these teams should have to explain to the fans why there is no sprint races.”

This latest twist to the drama-filled world that is F1 comes amid speculation Lewis Hamilton could RETIRE from the sport.

The FIA are set to publish results from an inquiry concerning the controversial Abu Dhabi Grand Prix just two days before the start of the 2022 season.

And Hamilton’s future is said to hang in the balance, depending on the result of that inquiry.

Hamilton unfollowed everyone on Instagram last month in the aftermath of the chaotic title decider at Yas Marina.

And his silence has only heightened speculation that he may have competed in his last F1 race.

However he is set to speak for the first time next month at the official launch of Mercedes’ car for the 2022 season, where questions on his future are sure to be posed to him.