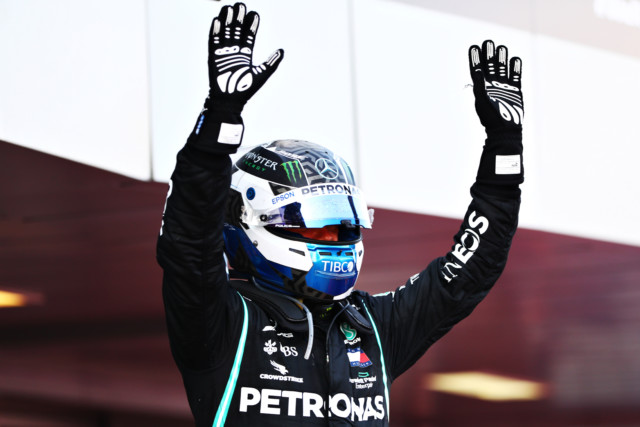 FORMULA ONE is back in Germany this weekend and the iconic Nurburgring.

Lewis Hamilton leads the Drivers Championship by 44 points ahead of teammate Valterri Bottas, but will have to start second on the grid after the Finn dominated in qualifying.

There was no German Grand Prix initially on this year’s calendar, following Hockenheim’s omission for 2020 – but this race has been included in the new-look schedule after the Covid-19 pandemic caused havoc.

When is the Eifel Grand Prix?

You can watch every moment of this weekend’s action live on Sky Sports F1.

If you’re not a Sky subscriber, grab a NOW TV pass from £9.99 to stream all the action on your mobile, tablet or PC.

Highlights with the best bits from the race will be shown on Channel 4 at 6.30pm on Sunday.

In this article:formulaone, grandprix, Hamilton, lewishamilton