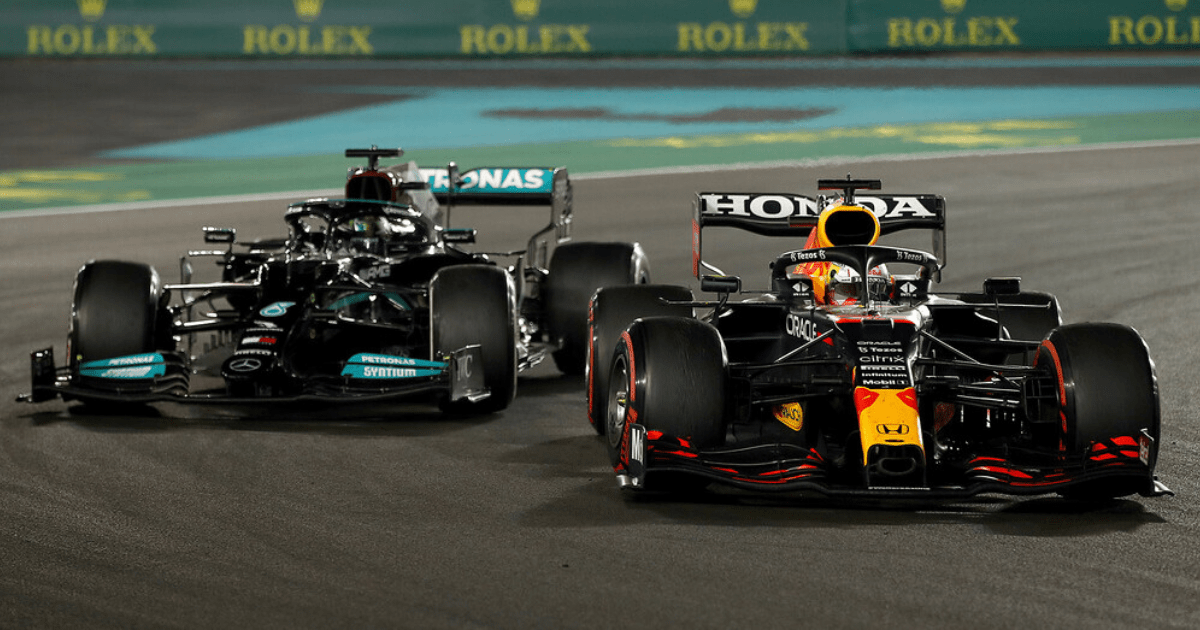 FORMULA ONE is set for one of the biggest rows in years which could yet see Lewis Hamilton crowned as 2021 F1 world champion.

This Wednesday, the sport’s governing body [FIA] will publish their investigation into teams’ spending during last season.

There is now financial controversy regarding the win

Last year, new budget cap rules were introduced to stop teams from spending more than £114million on developing their cars.

This was in the hope of making the grid more competitive and prevent certain teams dominating thanks to quicker cars.

In previous seasons, the likes of Red Bull, Mercedes and Ferrari have spent over three times that amount at a serious disadvantage to those teams lower down the grid.

The FIA have outlined strict penalties for breaking the rules, including disqualifying teams and drivers from last year’s championship.

Teams were supposed to submit their financial reports back in March – yet the deadline elapsed.

Now, the FIA have the accounts, which have all passed through auditors, they will be able to establish whether teams have spent more than they should have done.

If they are under, they are issued a certificate this coming Wednesday. If they have gone over, they won’t.

The rumours are that Red Bull and Aston Martin are two teams that have overspent but they are likely to plead their innocence.

As it’s the first year of the rules there are confusions as to what and what is not included in small details like providing staff with free food in their respective canteens or sick pay.

What if a team does NOT get a certificate?

It will depend on how much they are over. If their spending is deemed as minor – under five per cent of the £114m – £5.7m – they will be sanctioned by the FIA.

While the list of penalties include points deductions for teams and drivers, there is a growing feeling it will be a financial penalty.

Should a team accept that punishment then they would be issued the certificate on the proviso of paying the fine.

If they do not accept the penalty, it will be escalated further through an independent panel.

However if the amount is more then it is classed as a “material” breach. That means the case is immediately passed to the independent panel.

Who are the independent panel?

A minimum of six and a maximum of 12 people will form the panel.

They are picked from an undetermined number of people suggested by the FIA’s General Assembly and a group of no less than five F1 teams.

The panel has not yet been assembled and it could take time to put together but they will be financial and legal experts.

Crucially, they will have the power to determine the punishment, as stipulated in the rules, such as points deduction, financial penalties or even disqualification from the championship.

What if a team still refuses to accept it?

Then the matter still has the potential to progress to the International Court of Appeal, who will decide the matter.

This is what Mercedes had threatened last December following the controversial outcome to the title decider in Abu Dhabi, but decided against pursuing that option.

In this article:lewishamilton, maxverstappen, rules