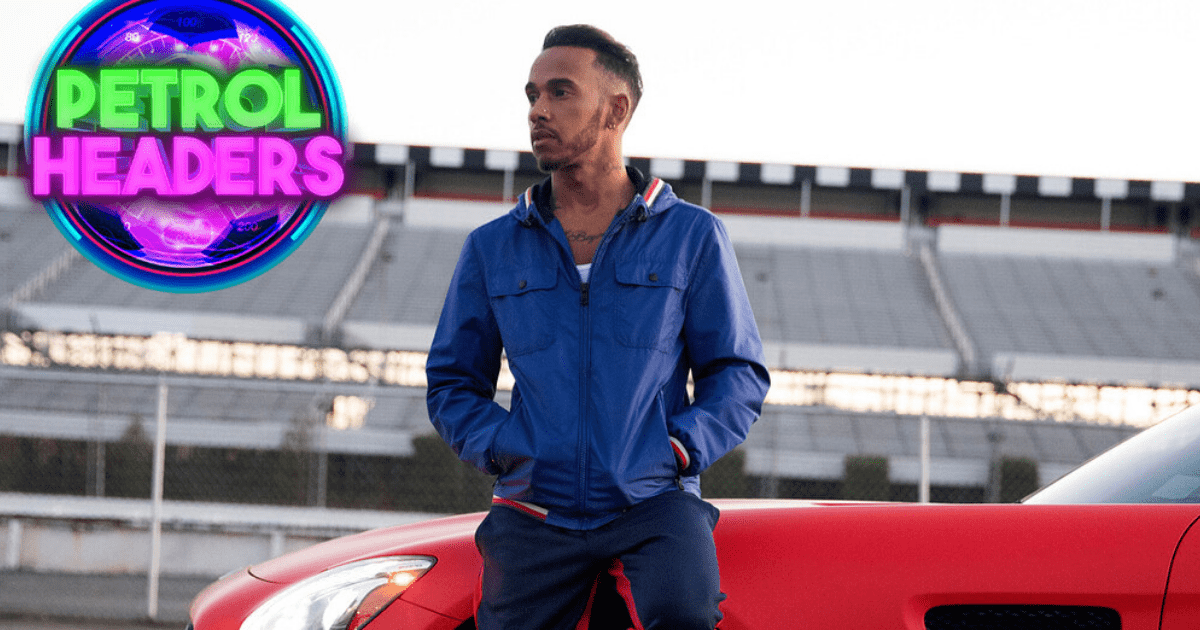 TO be Lewis Hamilton for a day.

The F1 ace has amassed a £300million fortune that allows him to indulge in the best boys’ toys around.

And boy does the racing legend know how to spend it – splashing his cash on the best cars that could earn him the title of ultimate celebrity petrol head.

The eco-warrior is level with Michael Schumacher on seven world titles and missed out on a record-breaking eighth in the heartbreaking Abu Dhabi 2021 finale.

But away from the track, Hamilton, 37, has an equally impressive fleet of cars worth around – wait for it – £13MILLION.

Of course, being a driver, he’s a car fanatic and collects everything from supercars to vintage classics that he divides between two garages – one in Monaco and another in LA.

He said previously: “I don’t know anything about wine. I don’t know a huge amount about art. But what I do know is cars, and I’m very particular about them.”

Amusingly, so they keep their value, when Hamilton doesn’t want to drive them back home – he reportedly has a tow-truck that comes to pick them up from whatever restaurant or club he’s at. Here we take a look at just some of his extravagant collection:

The rarest motor in Hamilton’s possession is a £1.6m Pagani Zonda that was made entirely for him.

The exterior and interiors are purple, and at the request of the sports star he opted for a manual gearbox instead of the usual sequential one.

His reasons? Because he hated getting behind the wheel of it initially.

He once said: “The Zonda is terrible to drive!

“It’s the best-sounding car I own, but handling-wise it’s the worst.”

That could be why in 2015 Hamilton got in an accident that caused some significant damage to the cherished motor. 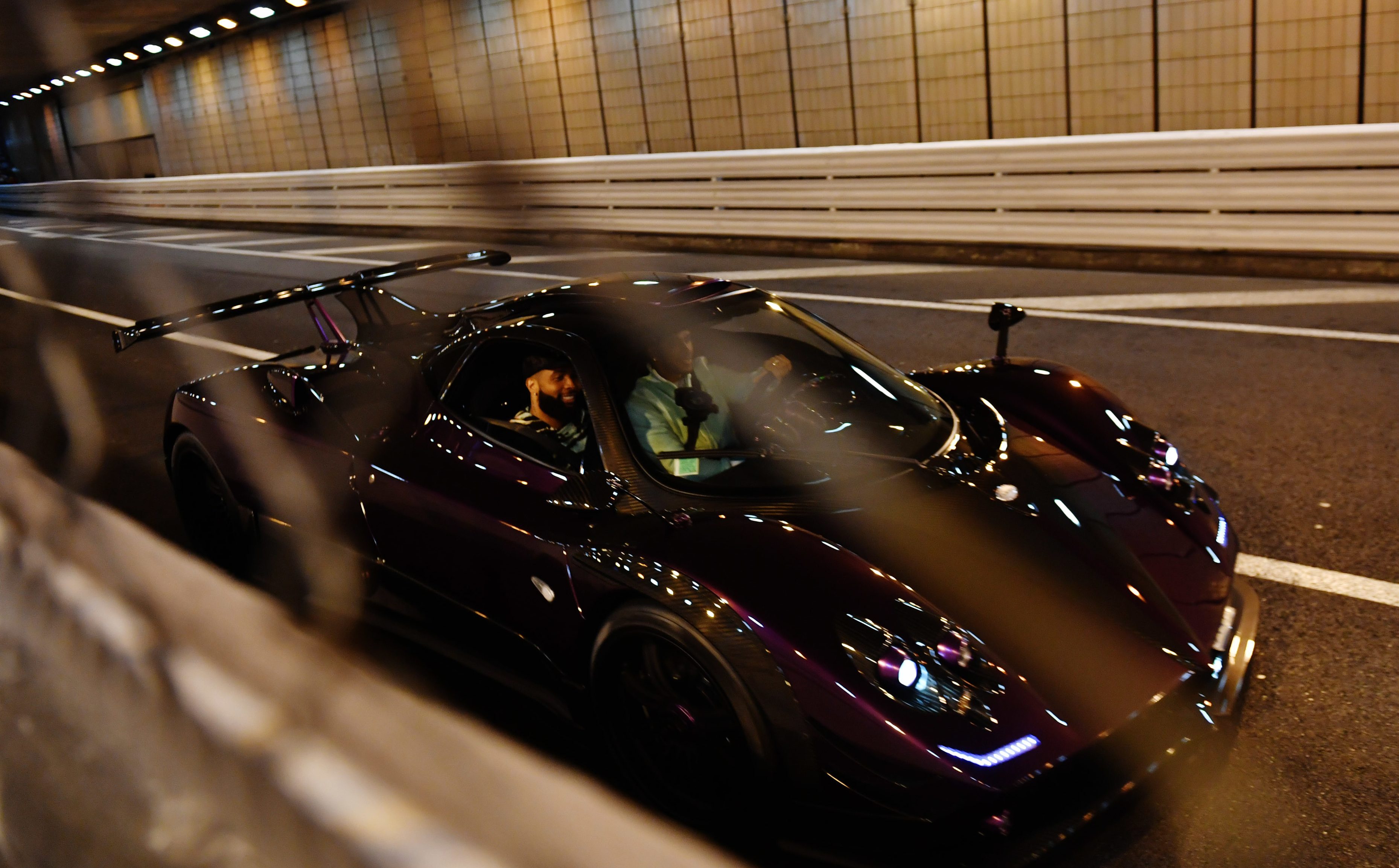 Hamilton’s Pagani Zonda cost him £1.6m but he hates driving it

The highest valued car in Hamilton’s collection is this stunning classic.

Believed to be worth around £4m, it’s a rare sight – unless you’ve seen the racer cruising along the Pacific Coast Highway in LA.

Hamilton was often spied taking his ex-missus Nicole Scherzinger for a spin in this beauty, which would have him standing out from the crowd. 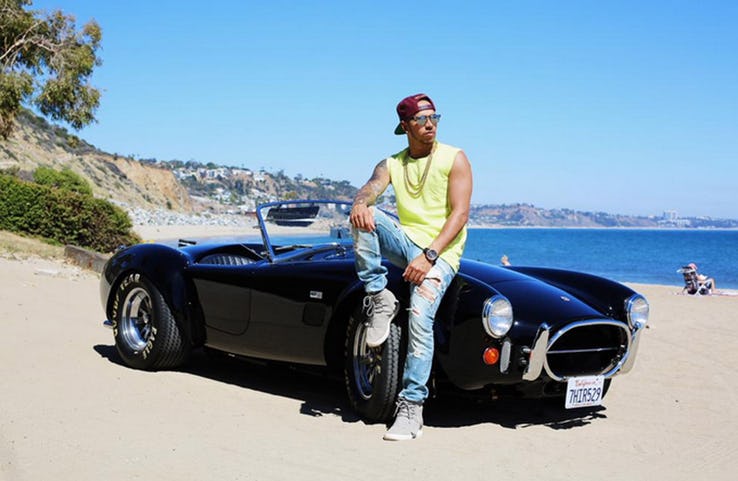 Every car aficionado worth their weight in salt owns this £1m Ferrari – another collector’s item that rises in value as the years go by.

Capable of reaching a top speed of 217 mph, the LaFerrari can hit 0-62 mph in just 2.4 seconds, meaning it’s the fastest car Hamilton owns.

Footballers including Pierre-Emerick Aubameyang and Son Heung-min also drive this frighteningly fast motor that must be just like handling a racing car. 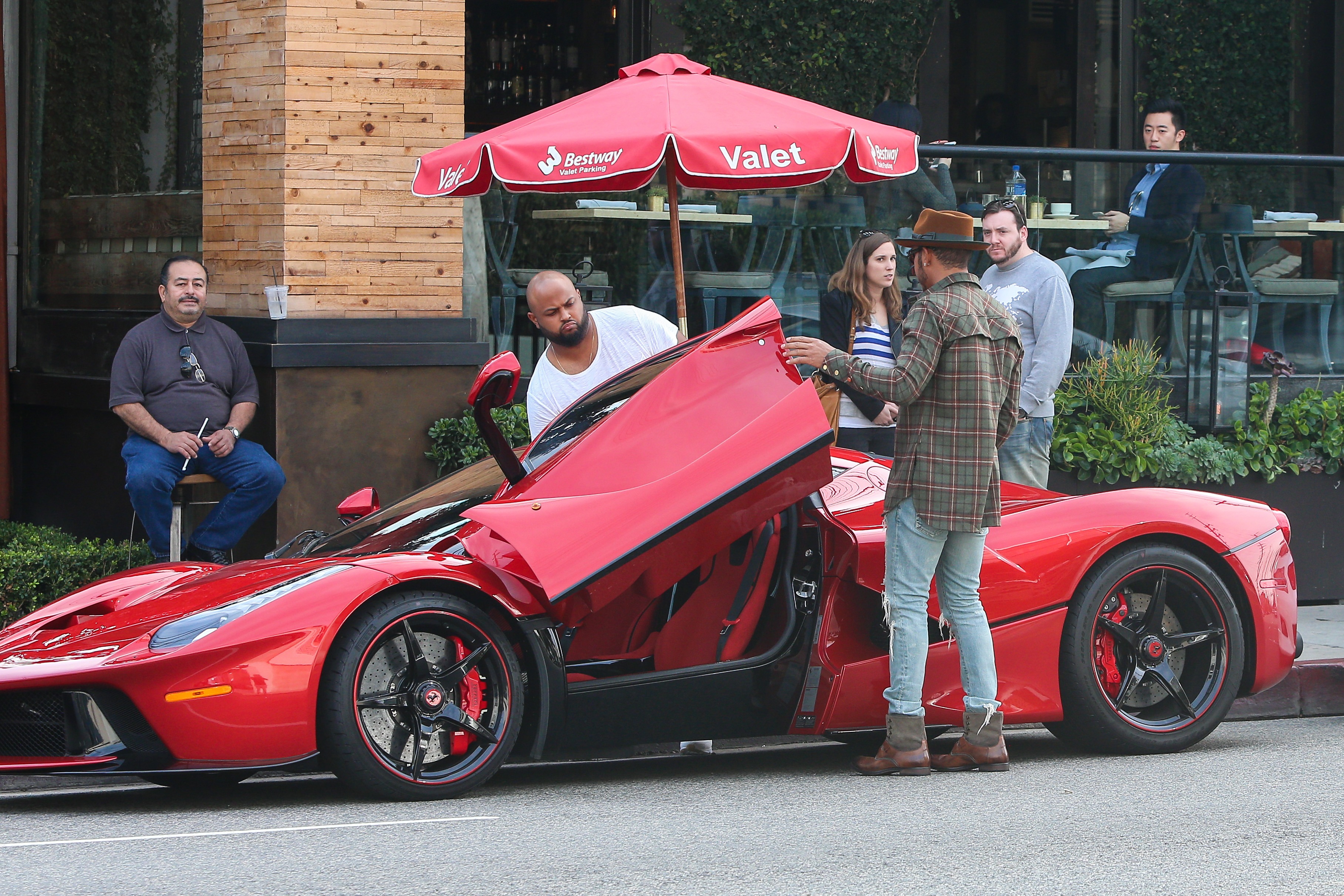 A £1m Ferrari La Ferrari is a must for any car collection, including Hamilton

Lewis got his hands on a Project One last year, even though it is even supposed to be out until later in 2022.

He was heavily involved in the production of the plug-in hybrid sports car that’s capable of hitting a top speed of 217 mph.

Make that 274 now, since Hamilton has one. 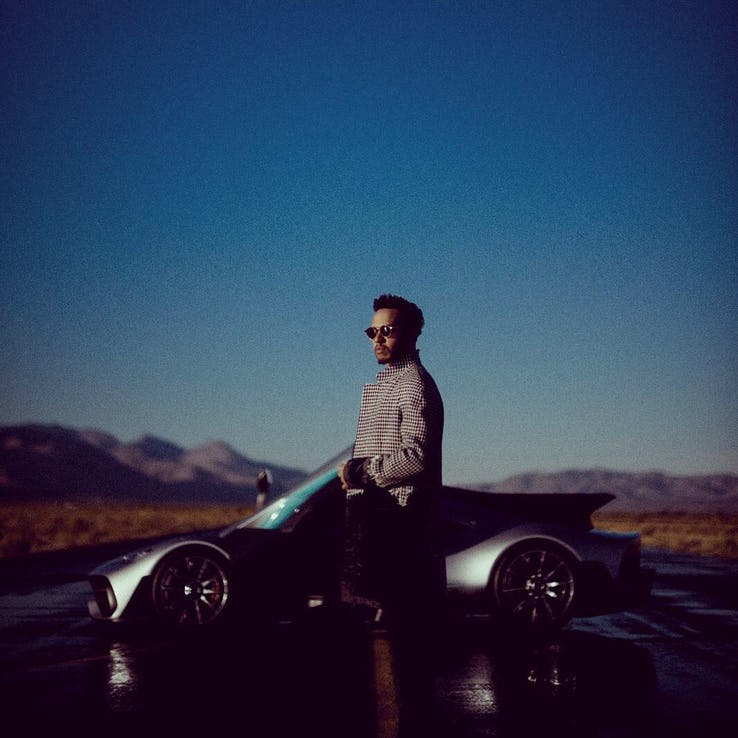 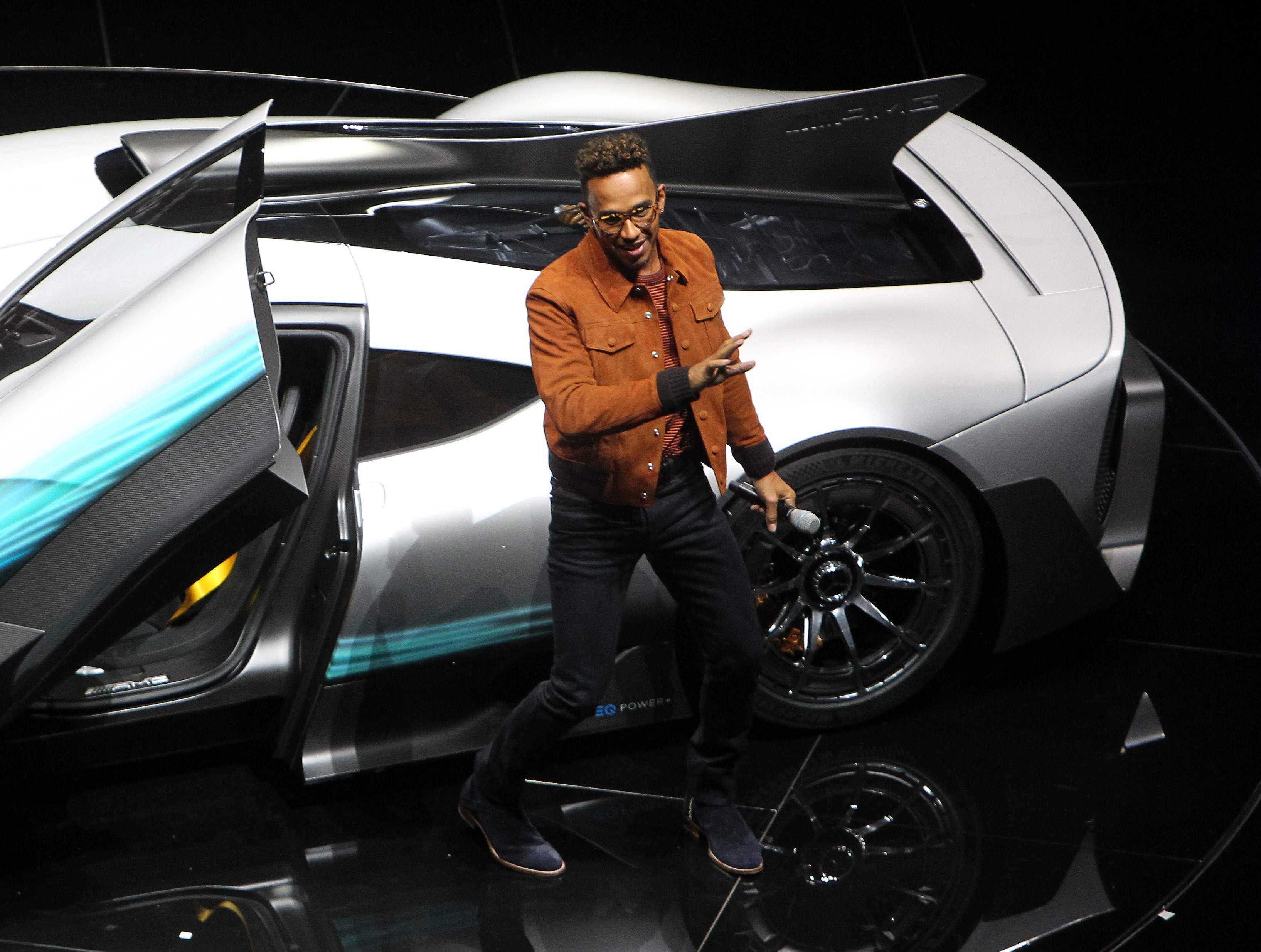 Hamilton was heavily involved in the production of the Project One

He already owned a SL Black Series, so why not add the SLS, right?

Hamilton, who clearly has a need for speed, added this supercar to his garage probably because it’s the fastest Mercedes in production.

It also hits 0-60 in just 3 seconds – making it the ideal car for Hamilton to get his thrills off the track with. For a price tag of £230k, it’s just what you’d expect really. 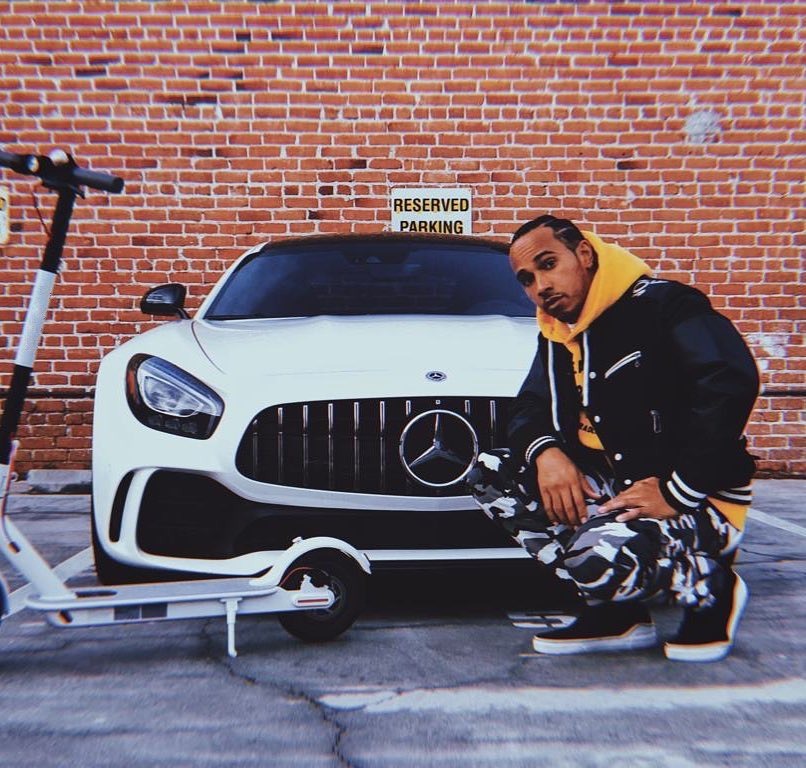 Driving for Mercedes has its perks for Hamilton 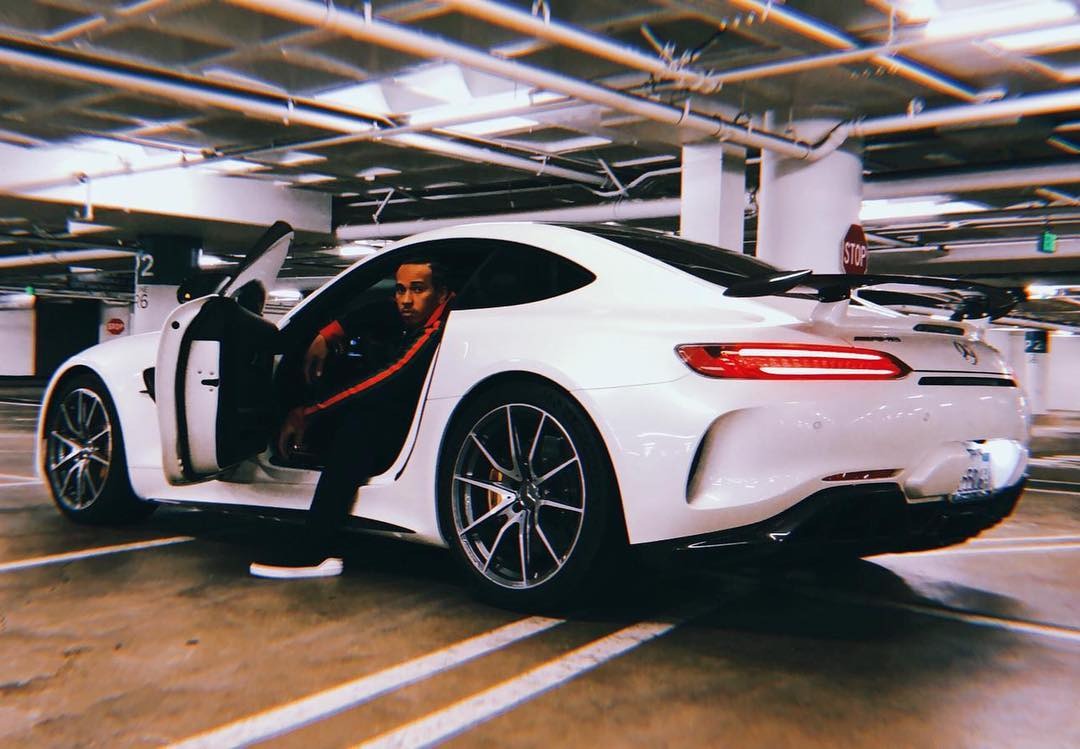 Despite splitting with McLaren’s racing team, Hamilton can’t have felt too aggrieved with his former employers because in 2015 he added a £2m P1 to his extensive list of rides.

The P1 has a 3.8-litre twin-turbo V8 petrol engine, which is twinned with an electric motor that means the supercar has a total power and torque output of 903 bhp and 980 Nm of torque. 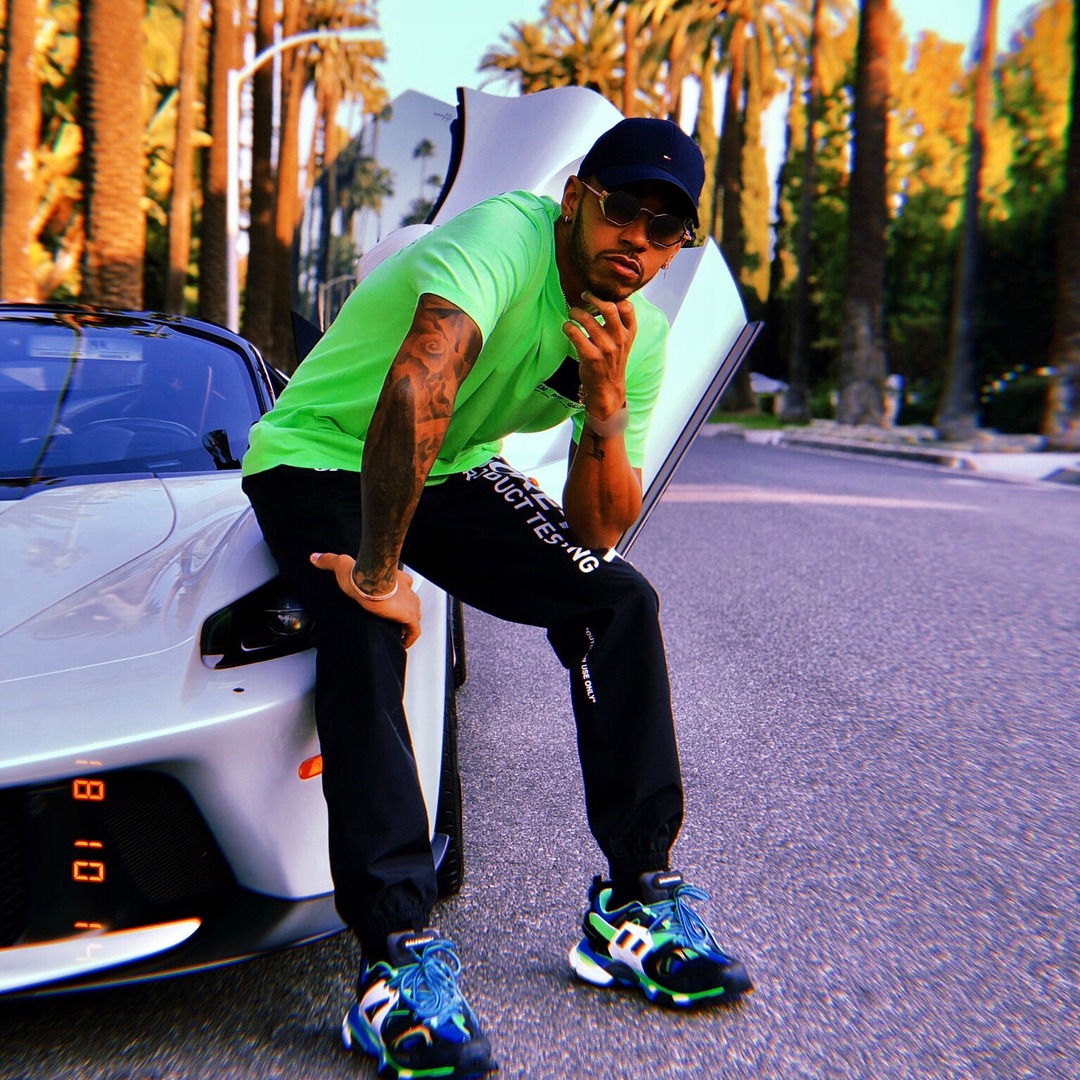 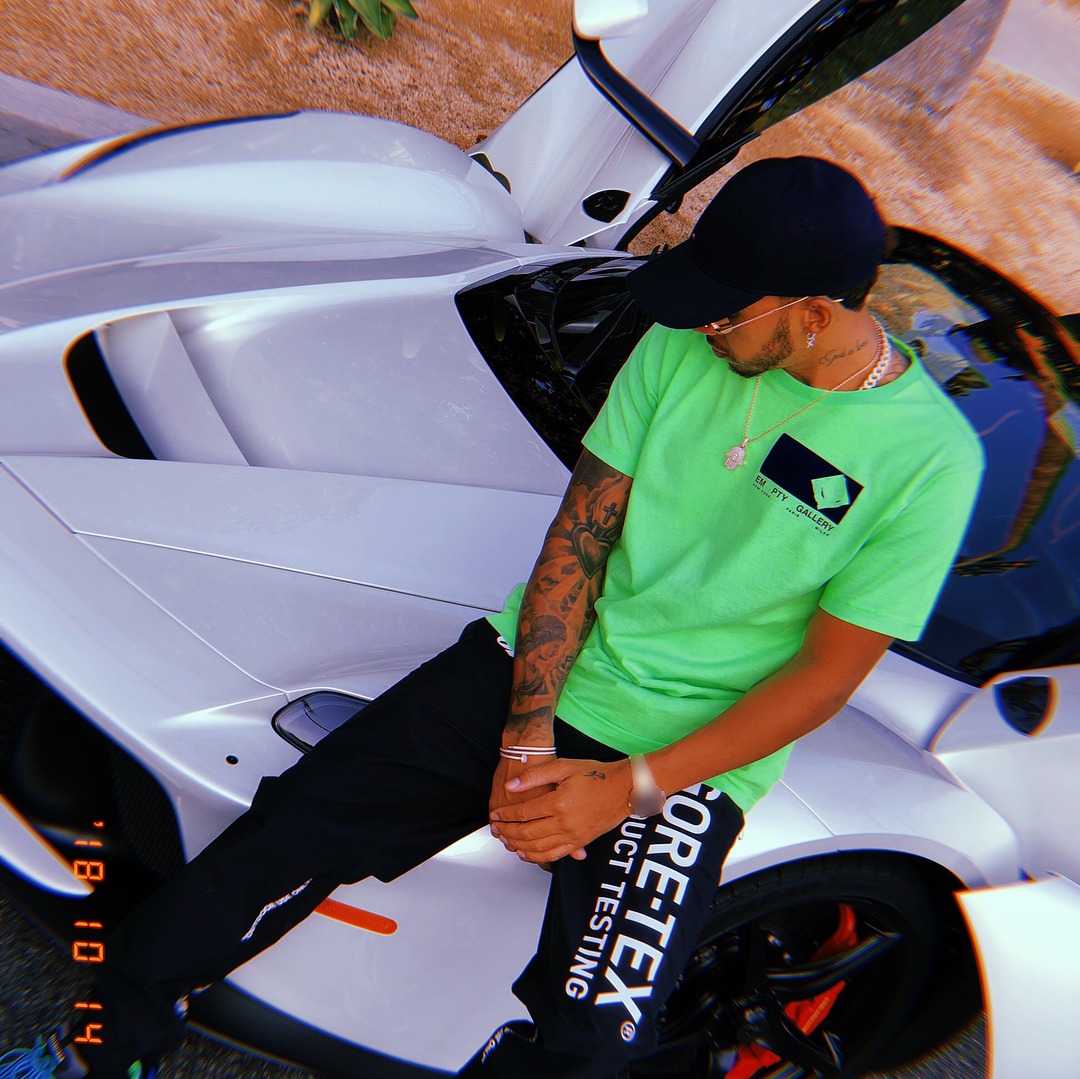 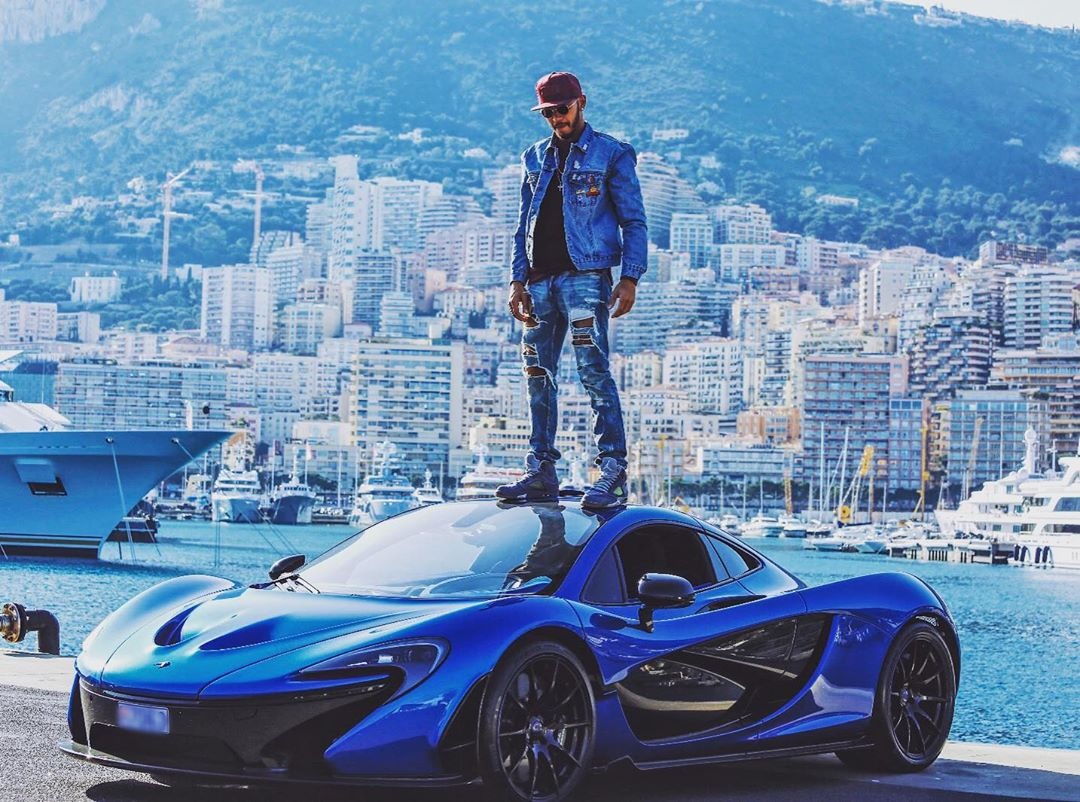 The second classic car that’s part of his fleet, fans of the Hollywood movie Gone In 60 Seconds might recognise this motor as looking to similar to one of the Eleanor models from the film.

Hamilton had his customised by Oklahoma shop Classic Recreations for additional cost.

At auctions, these can fetch up to £750k, and you can bet Hamilton’s is in tip-top condition. That said, we doubt he’ll ever sell it.

BEST OF THE REST

When the Mercedes-Maybach 6 came out in 2016, Hamilton made sure he got his hands on the concept car.

The 2×2 coupe is completely electric, and can run up to 200 miles before it’ll need recharging.

Hamilton also has another Mercedes – the Maybach S600, which is a luxurious chauffeur’s car with a partition separating the front seats from the back.

Both those motors have a combined worth of around £800k.

Then there’s also his Maverick X3 dune buggy that would’ve set him back around £20k, that’s also electric in theme with his eco-warrior status. 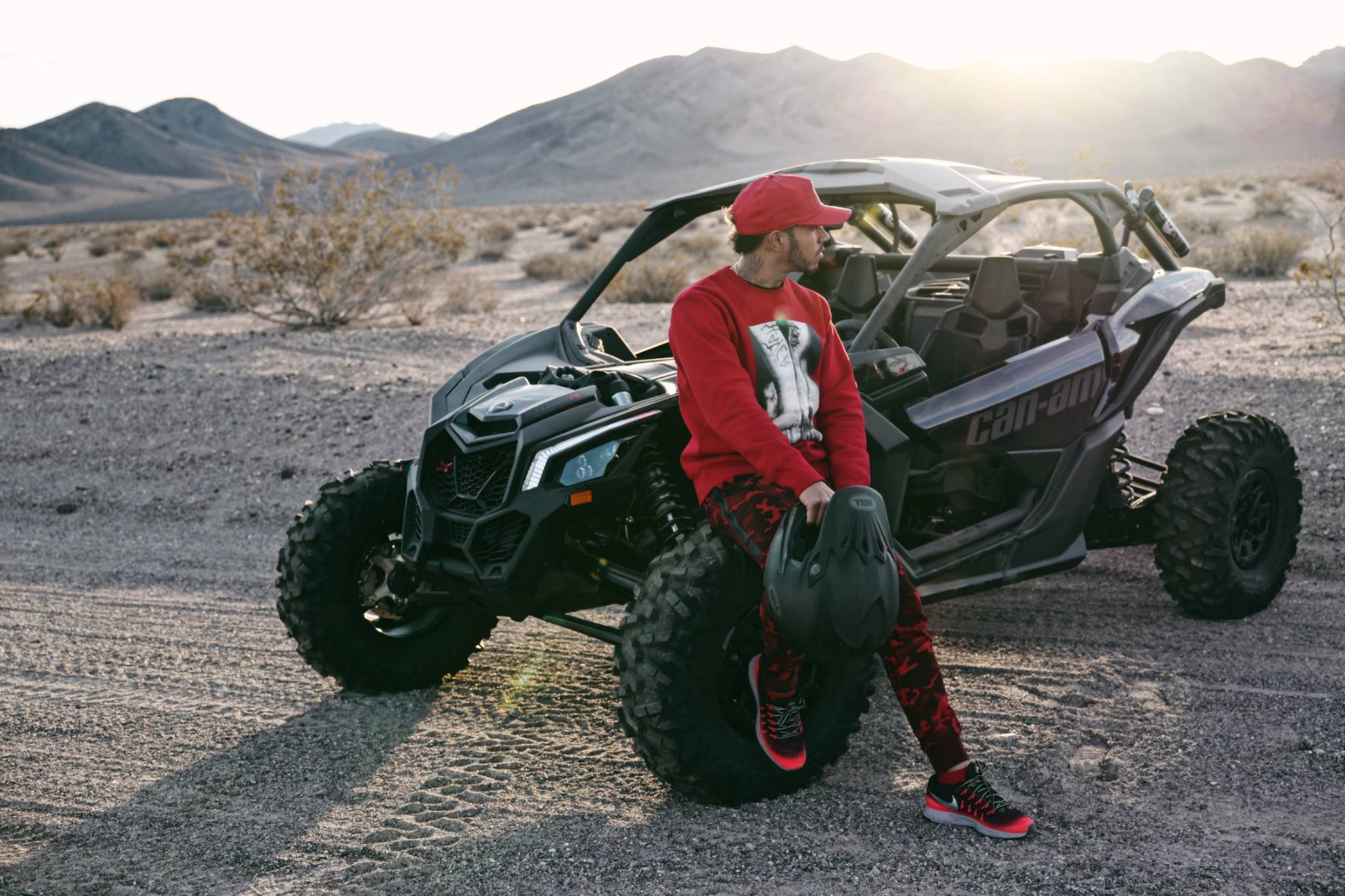 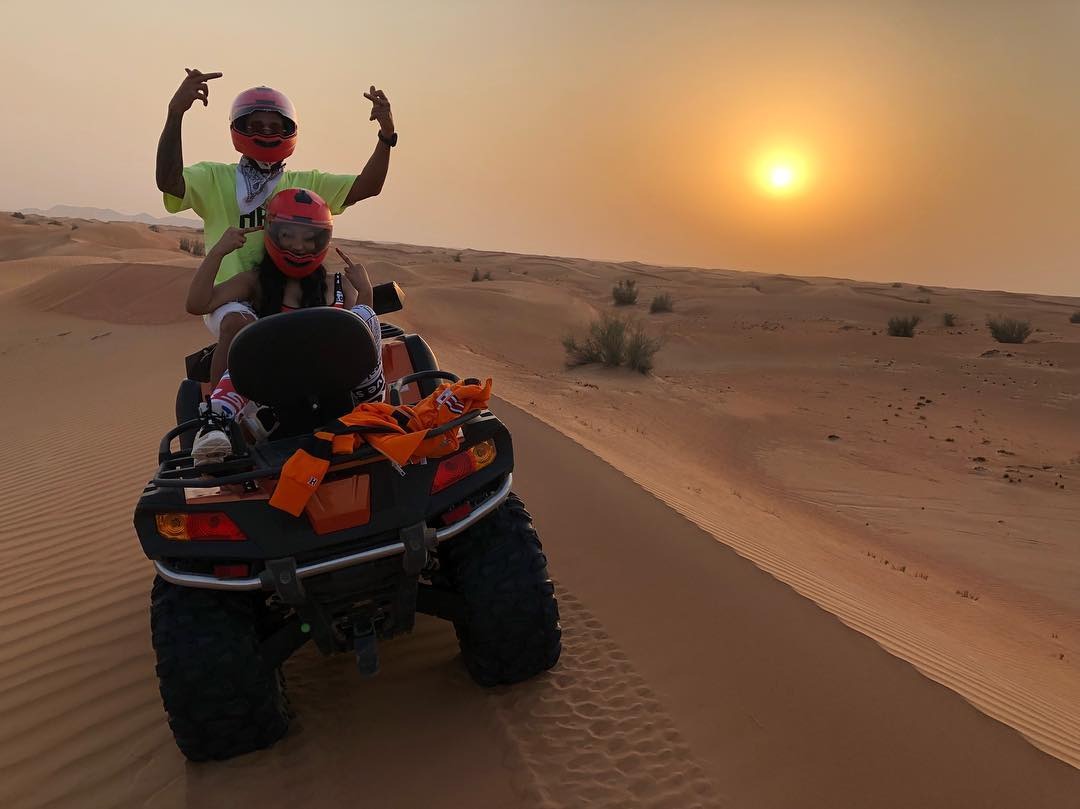 Nicole Scherzinger used to ride with Hamilton on his buggy 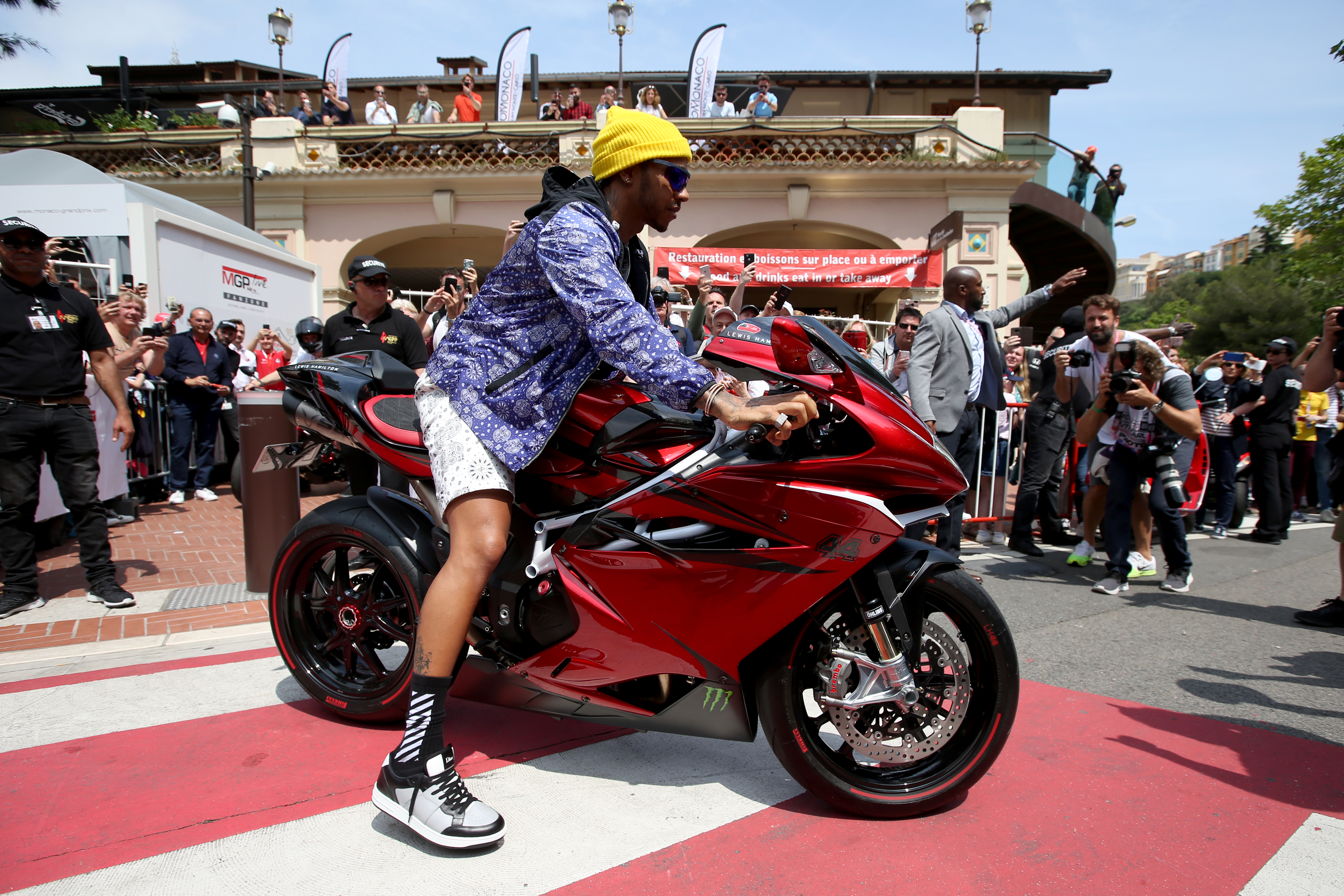 Hamilton also has a penchant for motorbikes