F1 Russian GP qualifying: Hamilton takes yet another pole as he chases Schumacher win record as Vettel crashes out in Q2
Advertisement 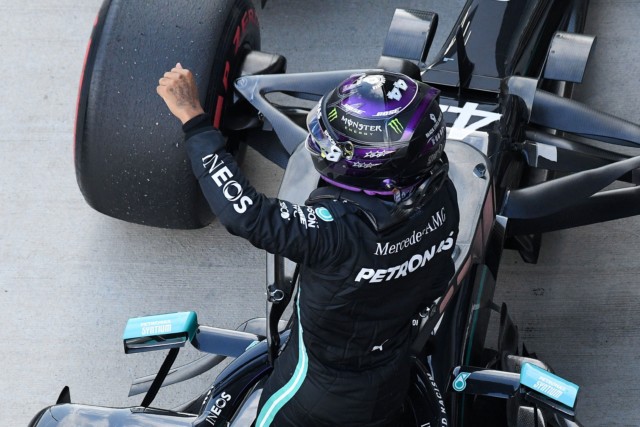 LEWIS HAMILTON clinched yet another pole position as he chases Michael Schumacher’s win record at the Russian Grand Prix in Sochi.

The British star, 35, is closing in on the German’s record of 91 wins – tantalisingly poised on 90. 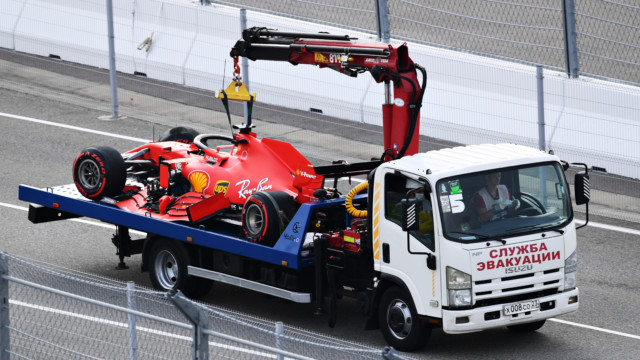 And Hamilton put on a dazzling display to take the front spot on the grid by over HALF A SECOND.

But it was a bad day at the office for Sebastian Vettel – who crashed out, badly, in Q2.

The German left F1 fans concerned after lost the back end of his Ferrari and hitting a wall.

The red flags went straight up after the crash as qualifying was halted.

Fortunately, Vettel immediately jumped out of the car.

Sebastian Vettel loses the back end crashes into the wall

“The car just let go on him and he went into the wall. Charles Leclerc almost hit his team-mate, they were running together.”

Charles Leclerc, Daniil Kvyat, Lance Stroll and George Russell finished just ahead of Vettel in a nightmare day for Ferrari.

Romain Grosjean, Antonio Giovinazzi, Kevin Magnussen, Nicholas Latifi and Kimi Raikkonen failed to make it out of Q1, with the Finn starting Sunday’s race in 20th.