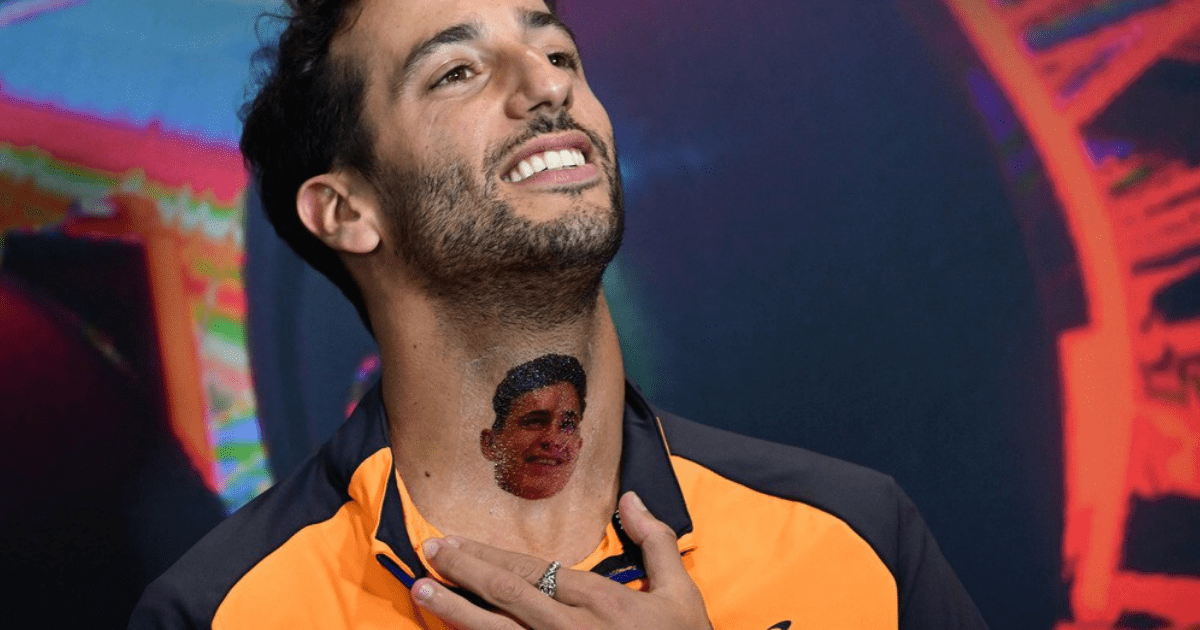 MCLAREN driver Daniel Ricciardo has shown off a bizarre tattoo of team-mate Lando Norris’ head on his own NECK.

And Norris returned the favour by having a honey badger, which is Ricciardo’s nickname, inked on him.

Daniel Ricciardo has shown off a bizarre Lando Norris tattoo

Norris himself has had a honey badger, which is Ricciardo’s nickname, inked on his neck

Ricciardo, 33, turned up at a press conference ahead of this weekend’s Italian GP with the strange new temporary tattoo after allegedly losing a bet with his team-mate.

The Aussie driver is set to leave McLaren at the end of the season, with Oscar Piastri in line to replace him.

He has struggled behind the wheel for the British team, picking up just 13 points in 15 races this season.

There have been rumours of a falling out between him and Norris, but Ricciardo was on good form in Monza as he spoke about the tattoo.

And his response appeared to squash any suggestions of a rift between the team-mates.

Ricciardo said on the tattoo: “I want to cover this. This is ridiculous. I have Lando’s face on my neck.

“He looks sunburnt! We did a little thing this morning with the team. Oh gosh.”

Norris’ own tattoo also seemed to rubbish suggestions of a falling out between the pair.

While on the other side of his neck Norris showed off a tattoo of a burning heart and the words “True Love”. 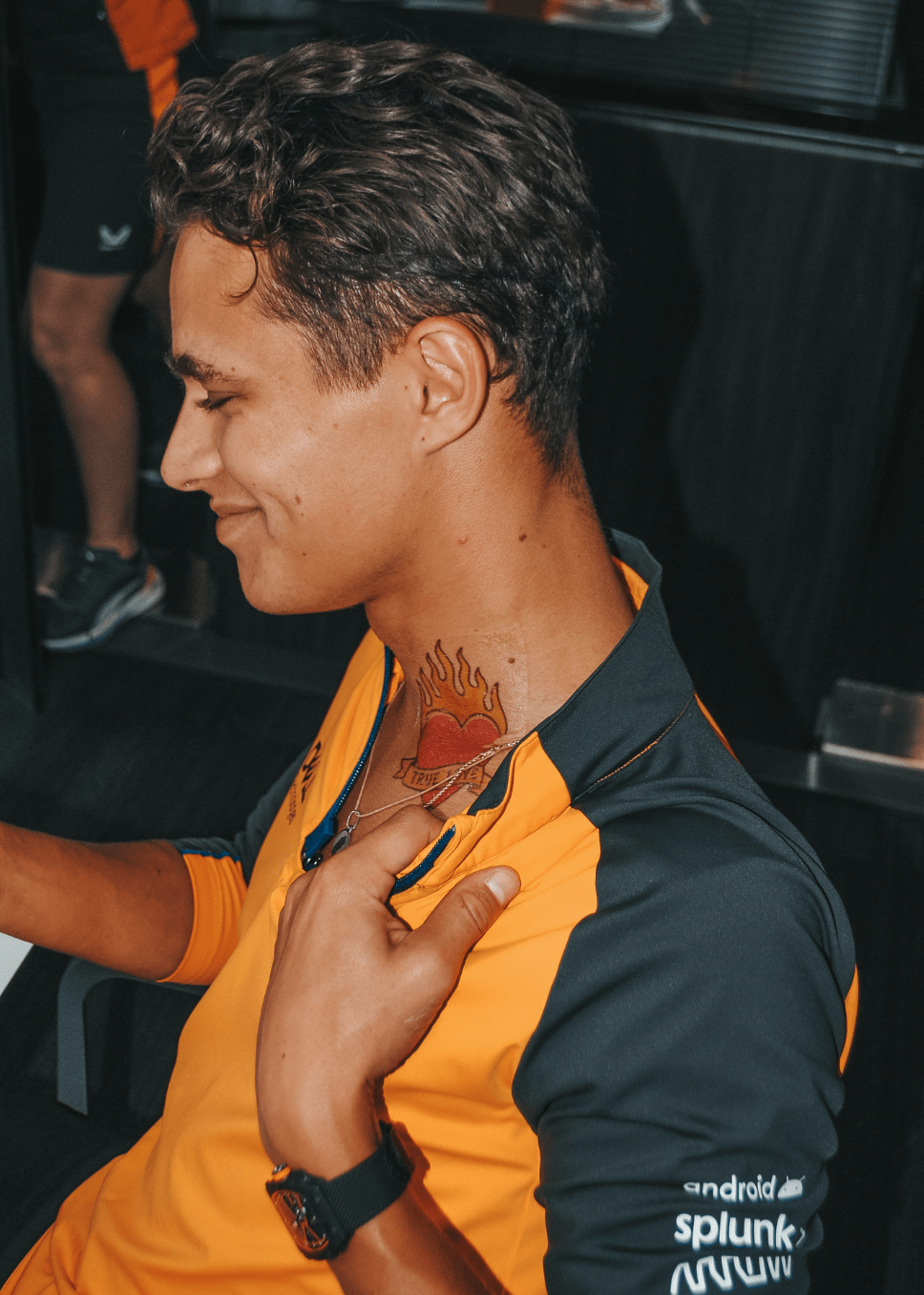 The Brit, 22, announced at the start of the month that he had split from girlfriend Luisinha Oliveira.

Norris initially claimed he was “not surprised” that Ricciardo had been axed by McLaren.

He said: “It’s not me having a dig or anything but when you look at the results, if you want two people to be at the same level then you’re not surprised.

“People will probably hate for saying it but it’s difficult because I never know if I might encounter that in the future with this car or with a different team or whatever, so I never want to contradict myself going into the future, but I’ve just got to focus on my driving.”

Norris then clarified his comments, insisting he gets on “really well” with Ricciardo.

He claimed: “I want to be friends with as many people as possible, similar to how I am now with Daniel. We get on really well.

“For some reason people think otherwise, but this is completely untrue.

“We have a lot of fun together, we spend a lot of time together. But just things are different, probably because he’s a bit older and he’s into different things.” 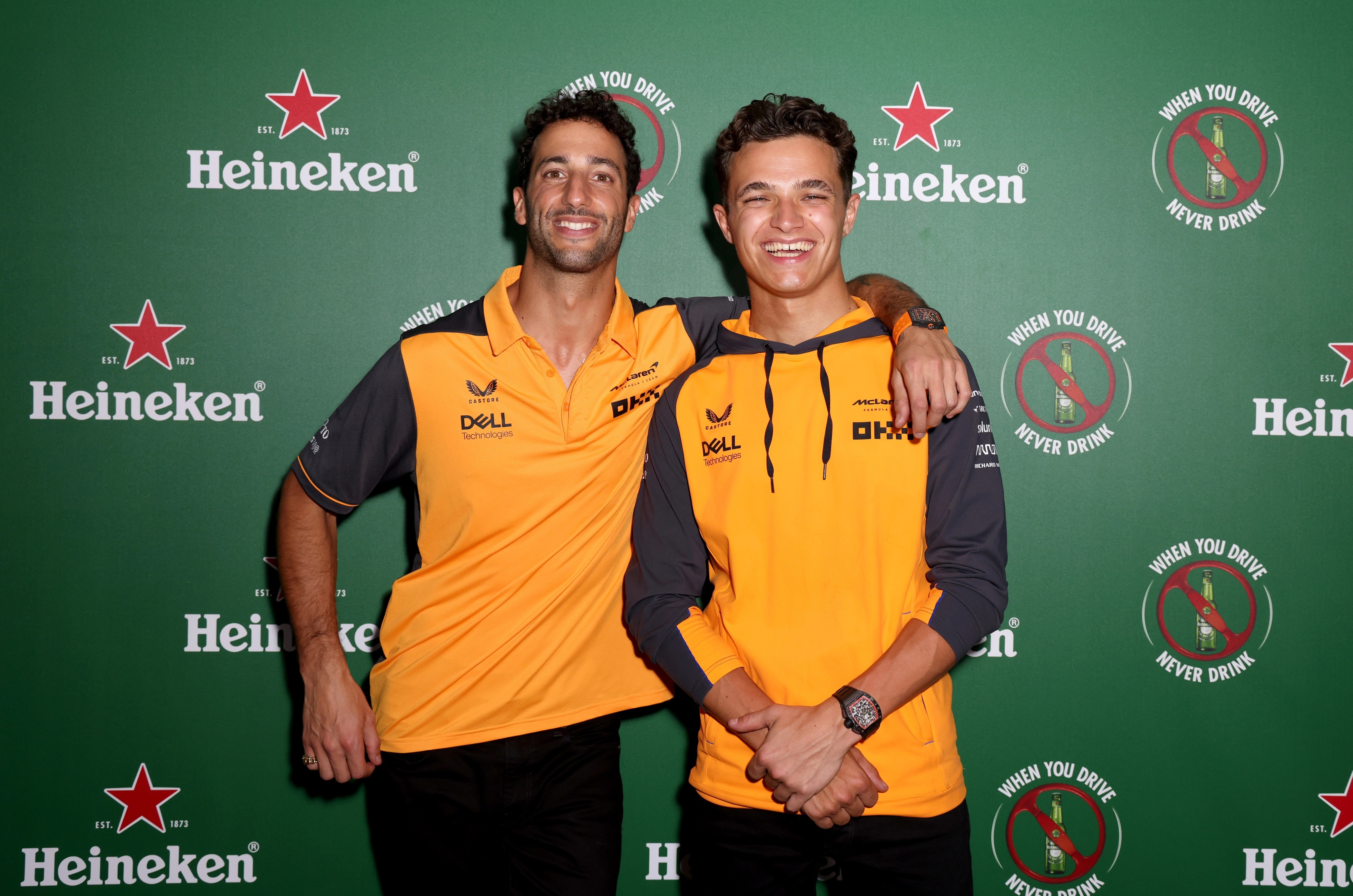 Norris insisted he gets on “really well” with Ricciardo
Did you miss our previous article…
https://www.sportingexcitement.com/formula-1/mick-schumachers-f1-career-at-risk-with-nico-hulkenburg-favourite-to-fill-remaining-haas-seat-for-2023/

Advertisement. Scroll to continue reading.
In this article:danielricciardo, losingbet, neck