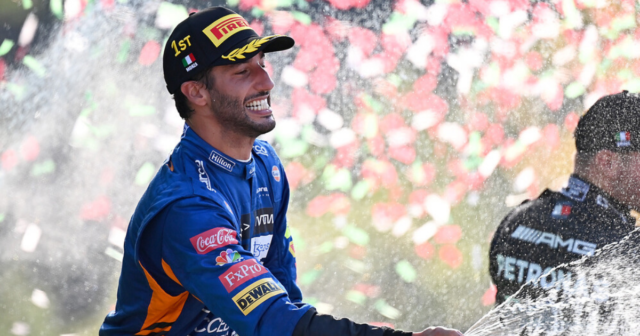 DANIEL RICCIARDO will finally get his prize at this weekend’s US GP in Austin, Texas after winning his bet with McLaren boss Zak Brown.

The Aussie struck a deal with Brown that if he were to achieve a podium in his first season with the team, he’d get to drive one of the cars in Brown’s private collection.

Brown agreed to the wager at the season-opening Bahrain Grand Prix, saying “get us that podium, and the drive is all yours”.

After Ricciardo’s victory in the Italian GP last month, Brown honoured his word, tweeting “a deal is a deal”.

He will finally get his chance in Austin this weekend with a one-off run in the famed motor.

Earnhardt was a NASCAR legend, winning 76 Winston Cup races over the course of his four-decade career.

He is the only driver in NASCAR history to win a race in every decade has competed.

Earnhardt drove with the number three on his car for the majority of his career – Ricciardo’s racing number – before suffering a fatal crash in 2001 on the last lap of the Daytona 500.

Ricciardo’s victory in Monza was his first Grand Prix win since Monaco in 2018, in his one season with Aston Martin.

The win was his eighth first-placed finish in Formula 1, with his first coming in Canada in 2014.

The McLaren driver is currently eighth in the drivers’ standings on 95 points, way behind teammate Lando Norris in fourth on 145 points.

Ricciardo gave F1 fans one of the highlights of the season when he celebrated his win with a ‘shoey’ after the Italian Grand Prix.

Fans roared as he performed the classic Aussie celebration of downing a drink from his shoe on the podium alongside his McLaren teammate Norris. 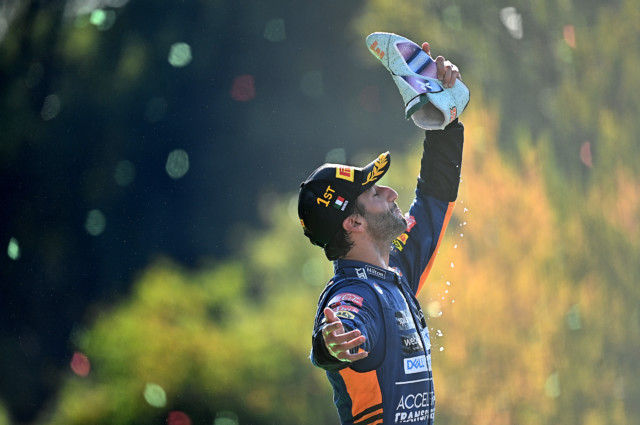