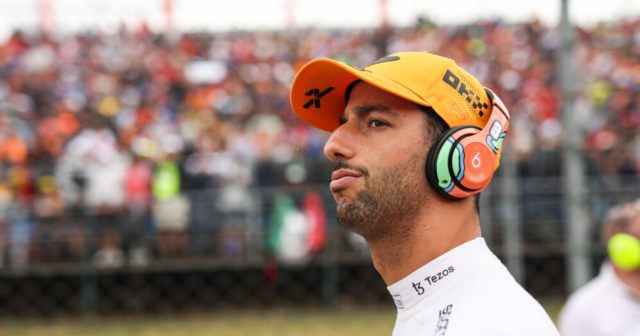 DANIEL RICCIARDO is reportedly holding out for a £17.3million pay-out to terminate his McLaren contract.

Ricciardo, believed to have a deal with the team for next season, is understood to be in discussions about taking an early-exit settlement.

Daniel Ricciardo is reportedly holding out for a £17.3million to terminate his McLaren contract

And according to Speedcafe in Australia, Ricciardo wants $21m (£17.3m) from McLaren in order to walk away.

It would leave the race giants poised to confirm Oscar Piastri as Lando Norris’ team-mate for 2023.

Ricciardo, who remains the team’s only race-winner over the past ten years, has otherwise had an underwhelming time since joining from Renault in 2021.

Meanwhile, Piastri has turned down the chance to stay with Alpine on the understanding he will be driving for McLaren next year.

The highly-rated 21-year-old won the Formula 3 and Formula 2 titles in back to back seasons.

McLaren have been long-term admirers of Piastri, who is managed by former Formula One driver Mark Webber.

Webber knows McLaren’s team principal, Andreas Seidl, from when he raced for Porsche in the FIA World Endurance Championship.

Ricciardo earns around £10million a year from McLaren.

And he would be keen to start exit negotiations to allow him the most time to find a new seat – if he wants to remain in F1.

Last month, Ricciardo quashed rumours he was planning to retire from the sport by insisting he has a contract with McLaren until the end of the 2023 season.

Speaking on social media, he said: “It’s a lot of noise, rumours and people questioning, coming up with their own answers and it was building.

“I know what my future is, so I am just going to let everyone know but also for people that follow me and my supporters.

“‘What’s Daniel going to do’ and ‘Is this going to be it?’. I was like no, it’s time, time to let everyone know from the horse’s mouth.

“I would love to be on the top all the time. The feeling I get is still real, even through those lows.

“As soon as the emotion and wave of frustration blows over, once I reset, I am like yeah, I still want this.

“I still believe I can do it and the day I retire is the day I lose that feeling and belief. I truly feel like I am still pretty far from that.” 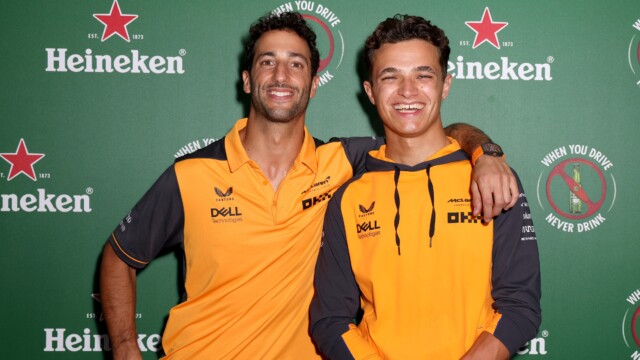 Ricciardo, left, has been consistently beaten by team-mate Norris at McLaren

Did you miss our previous article…
https://www.sportingexcitement.com/formula-1/toto-wolff-downplays-lewis-hamiltons-chances-by-claiming-mercedes-are-still-miles-behind-f1-rivals-ferrari-and-red-bull/