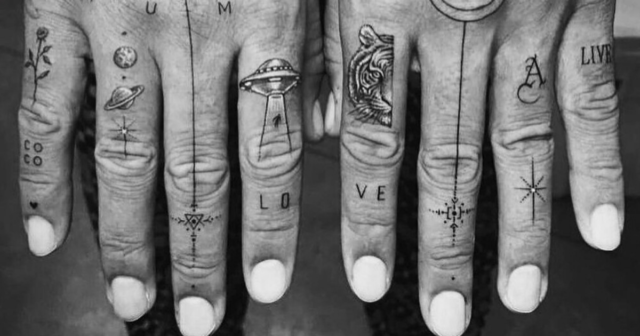 The Formula One star, 37, is preparing for the new 2022 season with testing in Barcelona this week.

The fresh inkings including a tiger, rose and a UFO – but he later deleted the Instagram post

But he found time to upload the two photos of his mitts.

Both sets of fingers are covered in a number of small new inkings.

They include a rose, UFO, planet, moon, star, tiger, love heart as well as various other signs and shapes.

He captioned the post: “Freshly inked,” and tagged the tattoo artist before swiftly taking it down again.

It came ten months after another cryptic post of his paws, with other tatts of a sword, burning sun and a complicated web of symbols on the back of his hands.

At the time, the seven-time F1 world champ said: “Our Hands Tell A Story – each hand tells a different one.

“Some of age and wisdom, some of hard work, some of bravery and some of love.

“They all have a rhythm of their own.

“What do your hands say about you?”

Hamilton has an array of other images across the rest of his body, including his chest, back and shoulders.

That includes a roaring lion, crucifix and compass.

He opened up about the various body art designs to GQ in 2018.

Hamilton explained: “I got a big cross on my back, I mean, the idea originally came from Tupac who was my favourite rapper.

“And I wanted to put angel wings around it. And then at the top it says, ‘Still I rise’.

“It took like, I think ten hours or something like that, just in one go, straightaway. And since then I’ve loved my back.

“Once you kinda get your first one, you kind of move on to, kind of, what next can I get?

“What else can I kind of connect with. What else resonates with me?

“I’ll leave church on a Sunday thinking, wow I’ve really gained my direction where to go.

“So church is really my compass, so that’s why I got the compass.” 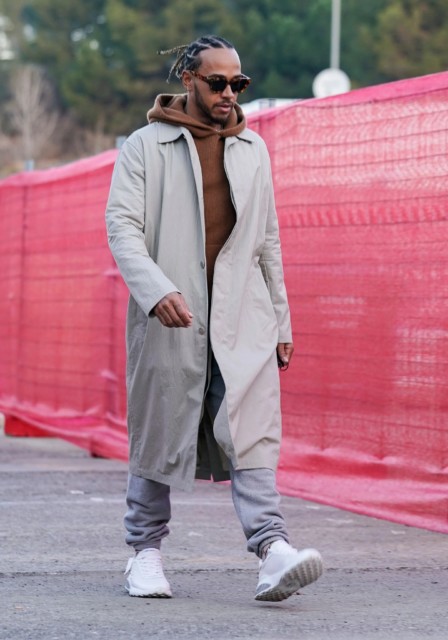 Hamilton is in Barcelona for 2022 F1 pre-season testing 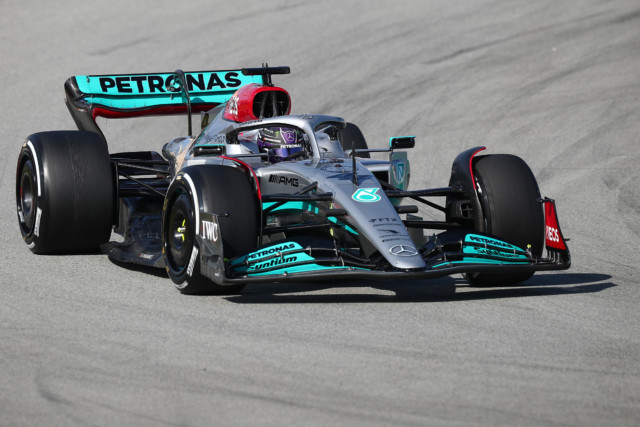