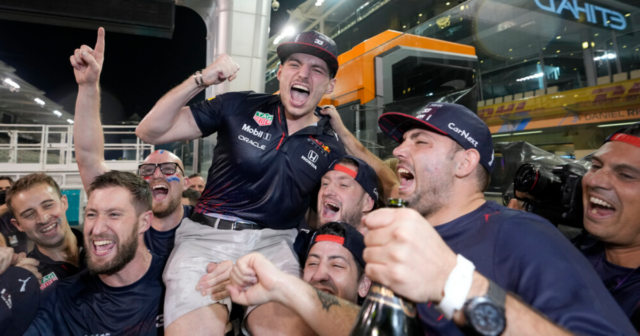 MAX VERSTAPPEN has been voted as F1 driver of the year by his fellow racers.

The flying Dutchman landed the award ahead of Lewis Hamilton, who he beat to the title in dramatic circumstances with one lap remaining of the final race of the season.

According to MotorSport Week, Verstappen topped the voting from his fellow drivers in a poll organised by F1 chiefs.

Interestingly drivers from Mercedes and Red Bull declined to participate, as did those from Alfa Romeo.

That left 14 drivers left to vote using the current F1 point-scoring system – 25 points for first, 18 points for second, 15 points for third and so on.

And it was Verstappen who topped the list, ahead of Brit rival Hamilton.

Verstappen also reportedly came out on top in a vote undertaken by F1 team bosses, again ahead of Hamilton.

The 24-year-old won a maiden F1 title after 10 race victories across the season, and a further eight podiums.

Hamilton, 36, on the other hand won eight races, and a finished on the podium an additional nine times in 2021.

The pair went into the final race of the season at Yas Marina LEVEL on points, with Hamilton seemingly coasting to victory with five laps left.

But a late Safety Car after a Nicholas Latifi crash cued the most incredible finish, with Verstappen controversially overtaking Hamilton with one lap left of the season.

Mercedes protested the decision on two counts, but were rebuffed by F1 chiefs and chose not to appeal the decision.

McLaren’s Lando Norris was voted by his peers as the third-best driver of the year, with Ferrari duo Carlos Sainz and Charles LeClerc fourth and fifth respectively. 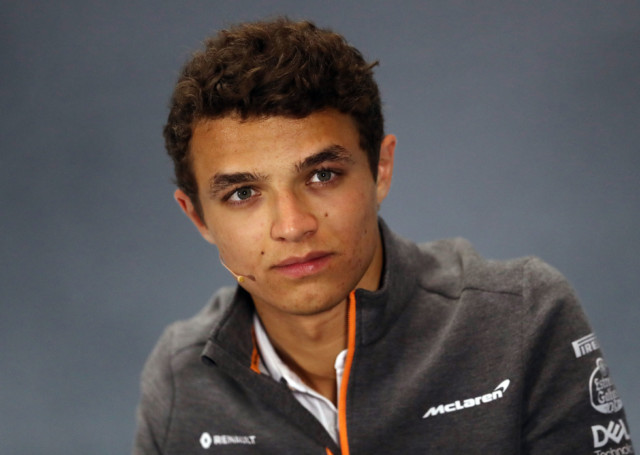 Norris was voted as the third best driver of the year

Fernando Alonso was voted sixth for his efforts with Alpine, while AlphaTauri’s Pierre Gasly was seventh.

Schumacher, son of F1 legend Michael, received a number of votes despite not scoring a single point during the season.