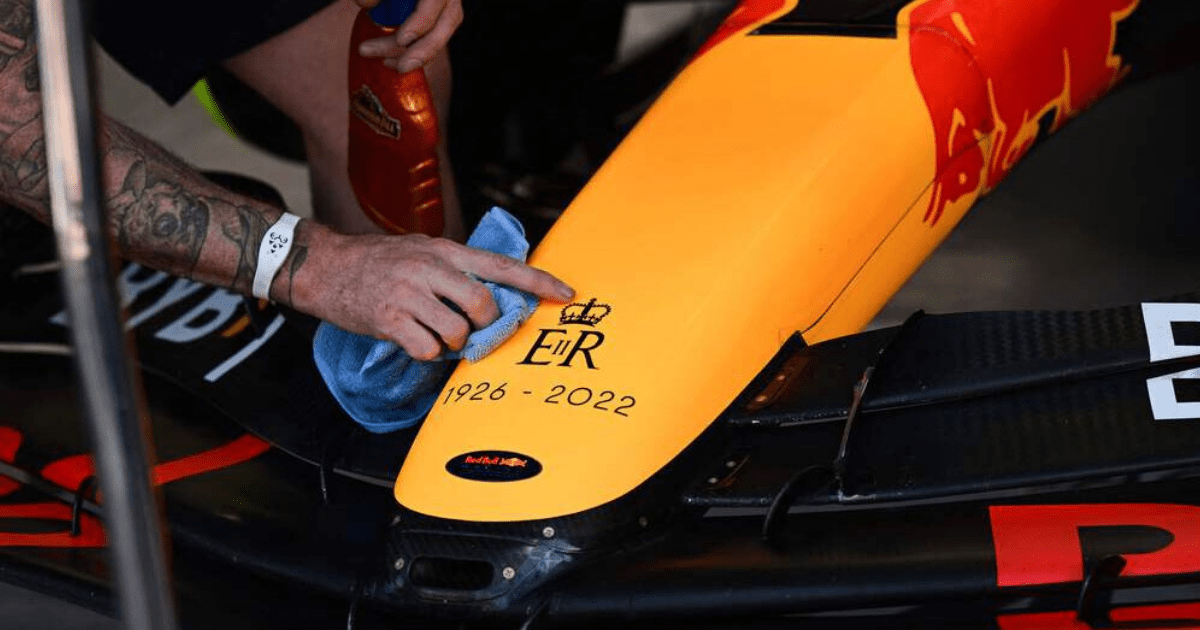 FORMULA ONE paid tribute to The Queen on Saturday ahead of qualifying for the Italian Grand Prix.

On Thursday, Buckingham Palace confirmed in a statement that Her Majesty Queen Elizabeth II had passed away peacefully at Balmoral. 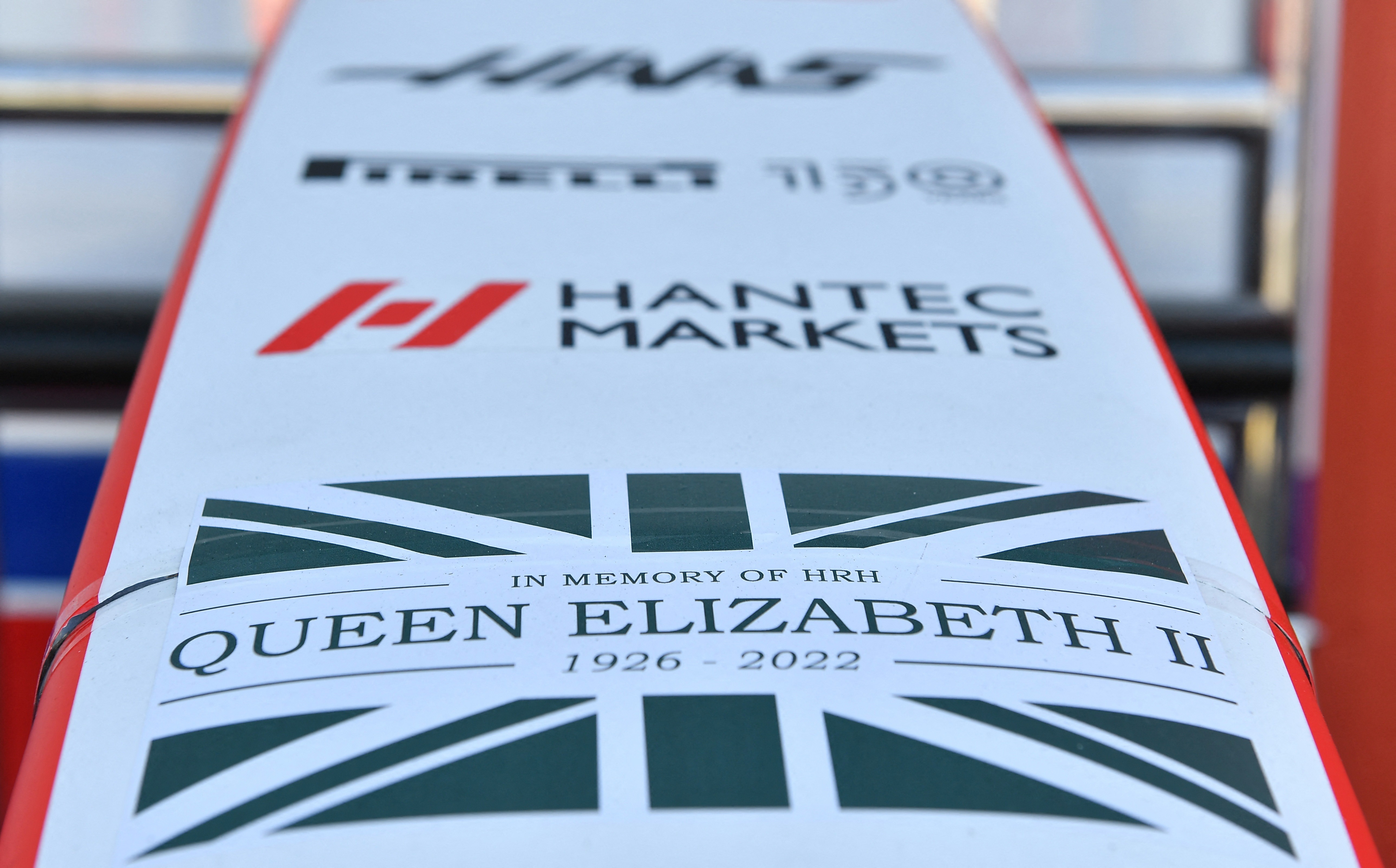 Haas have marked their car with the British flag 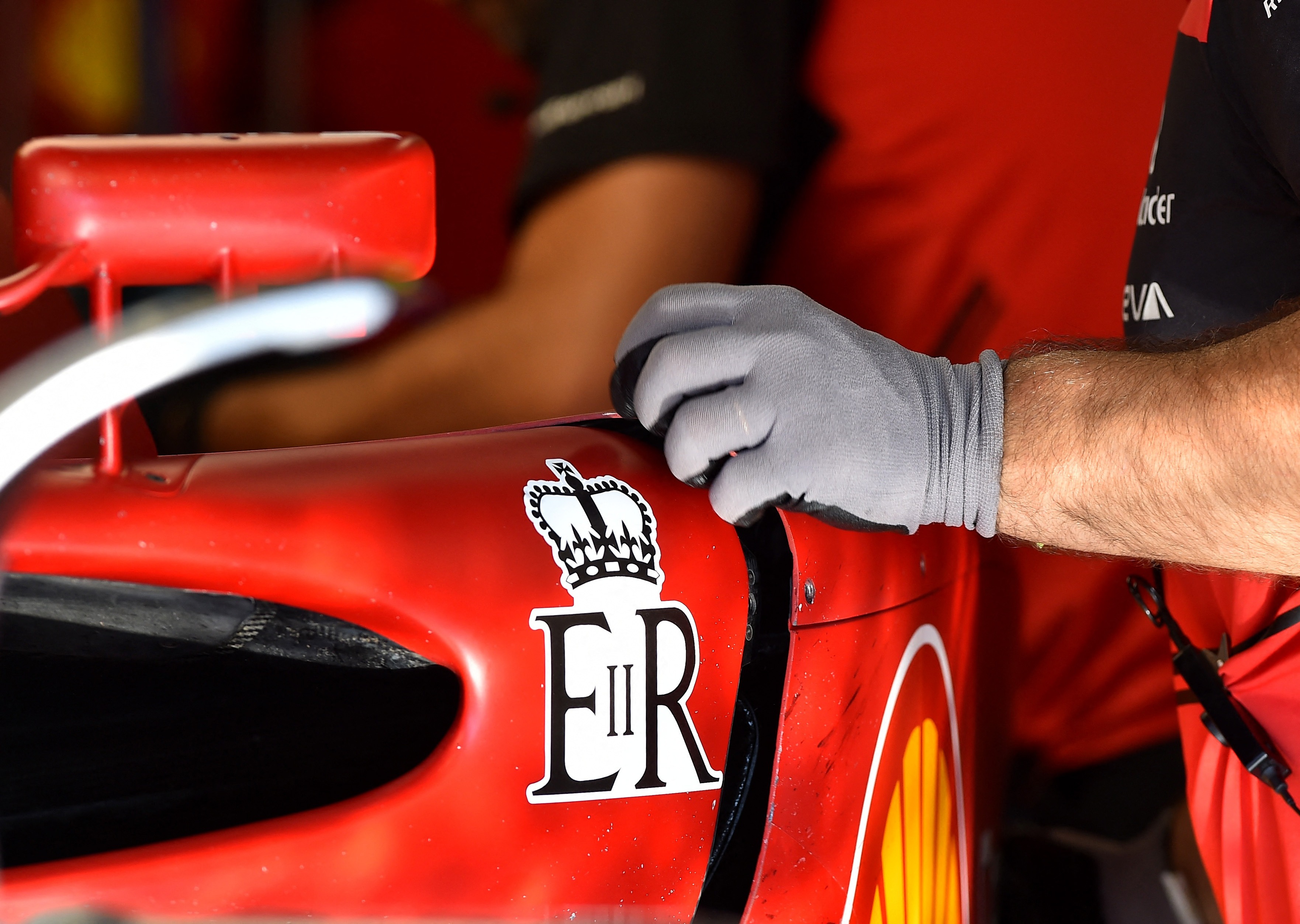 Ferrari have marked the side of their car with a tribute 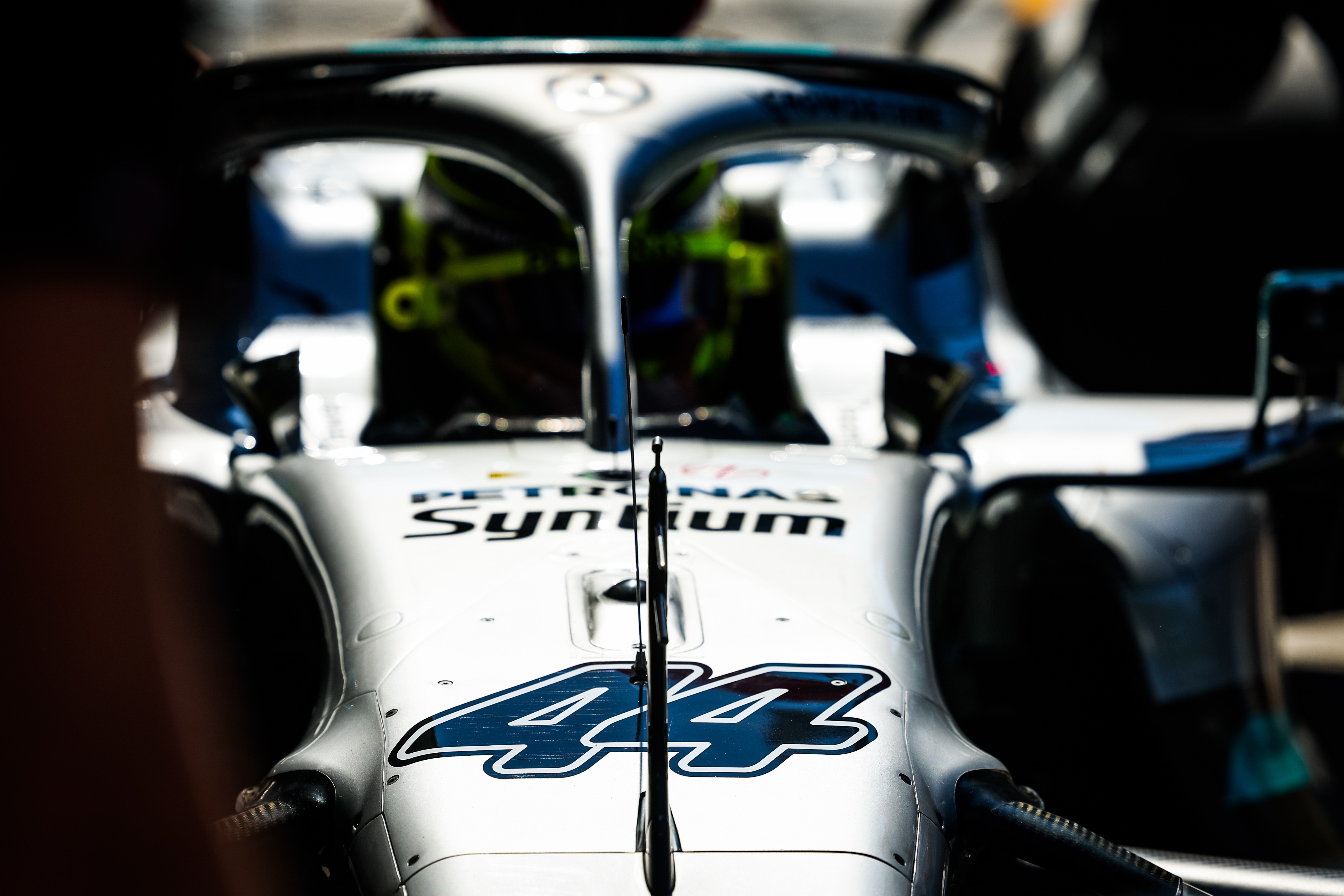 The news plunged the sporting world into mourning with many events scheduled to take place over the weekend already cancelled.

But, this weekend’s Italian GP at Monza has gone ahead as planned with each team paying tribute in their own way.

McLaren, Red Bull, Aston Martin, Ferrari, Haas, Williams and Alpha Tauri have all marked their respective cars with The Queen’s name as a mark of respect.

The number sticker on each of the Mercedes cars has been changed to black in honour of Her Majesty.

And every team took part in a minute of silence ahead of Friday’s practice session to reflect on The Queen’s life.

An additional period of silence is due to take place before Sunday’s race as another mark of respect.

Individual teams and drivers have also paid tribute to Britain’s longest reigning monarch both on social media and in interviews.

Seven-time world champion Lewis Hamilton wrote on Instagram: “How do you find the words to describe the loss of Her Majesty The Queen? 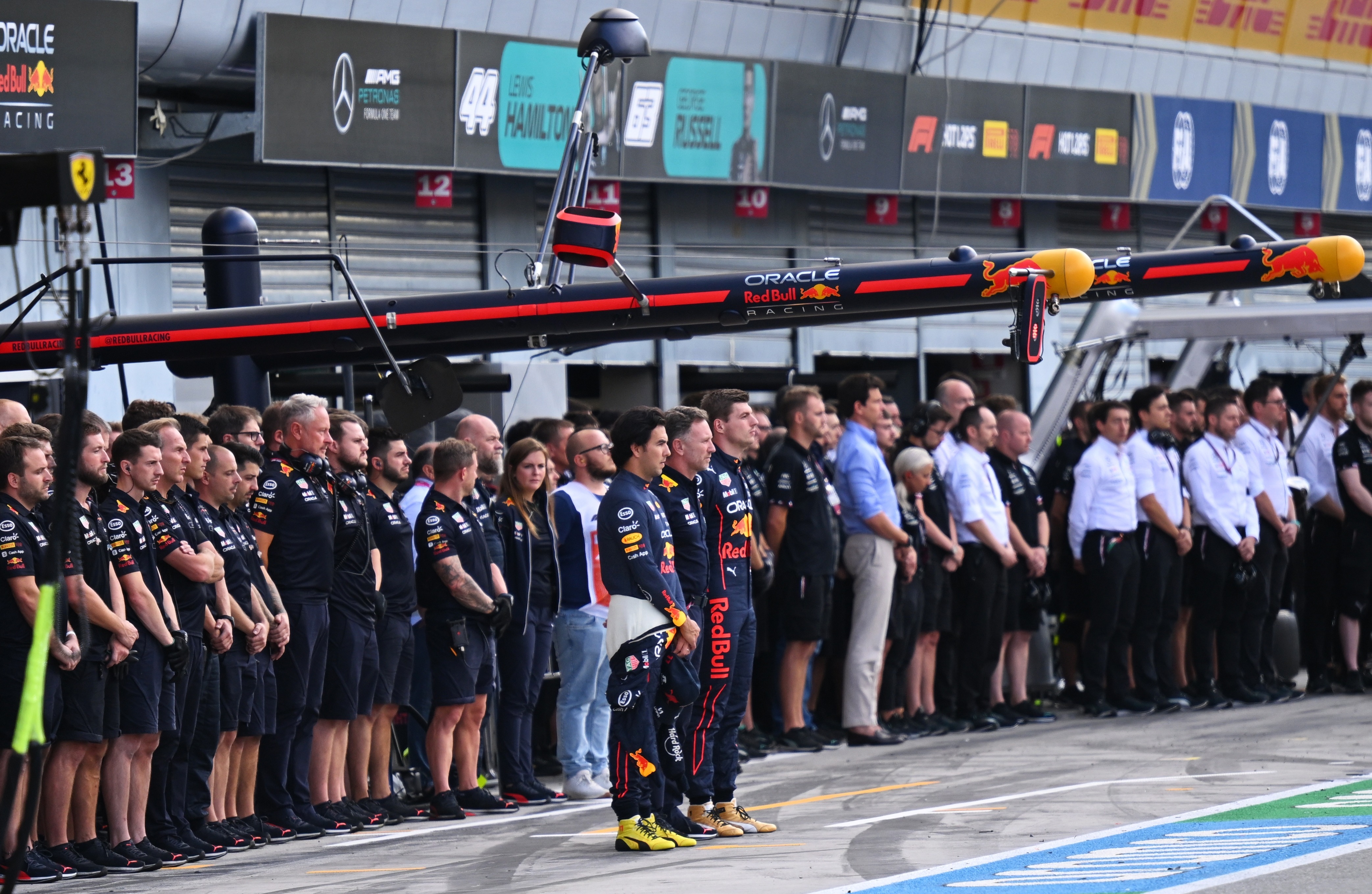 Each team observed a minute of silence on Friday 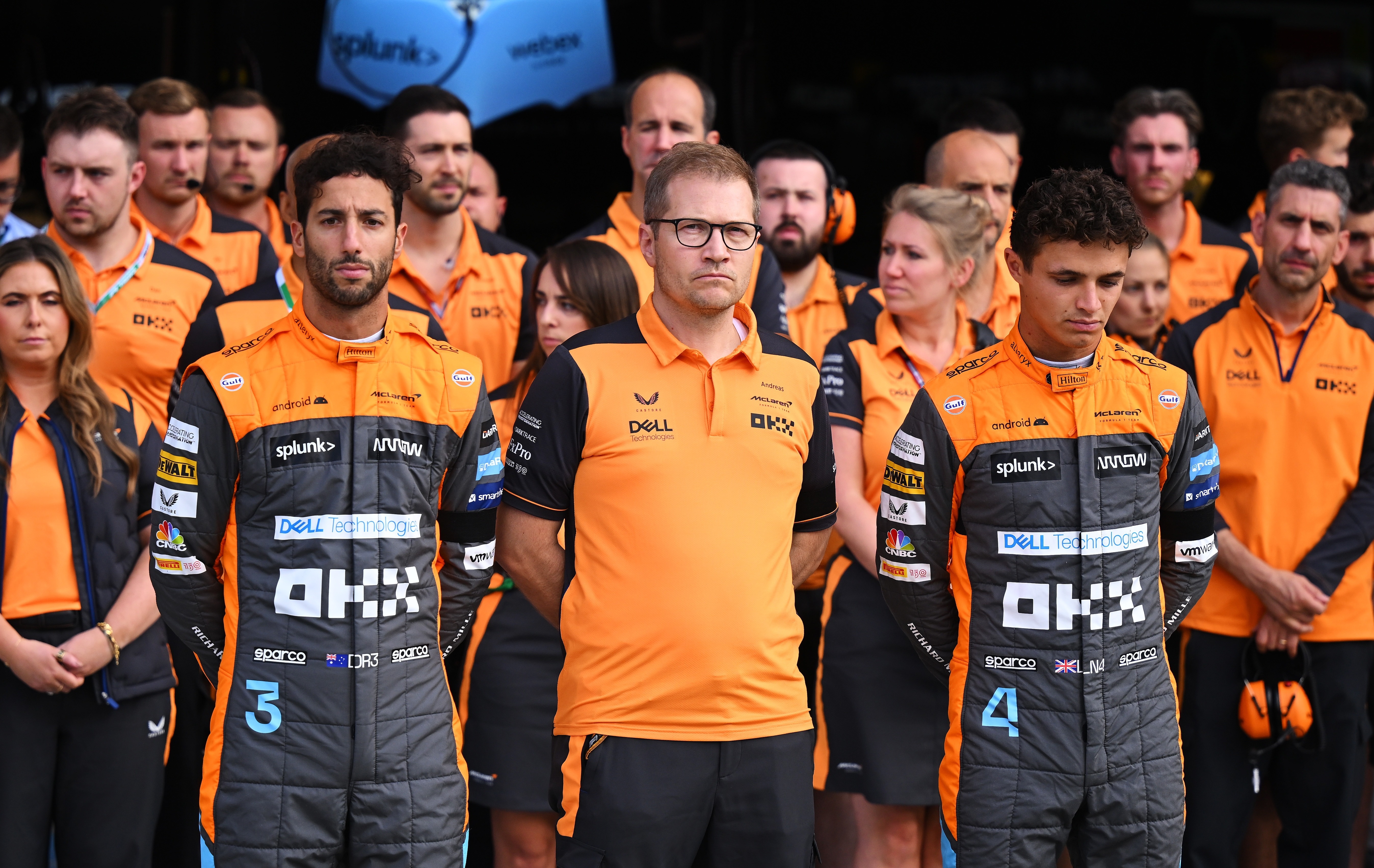 Ricciardo (L) and Norris (R) have both paid tribute 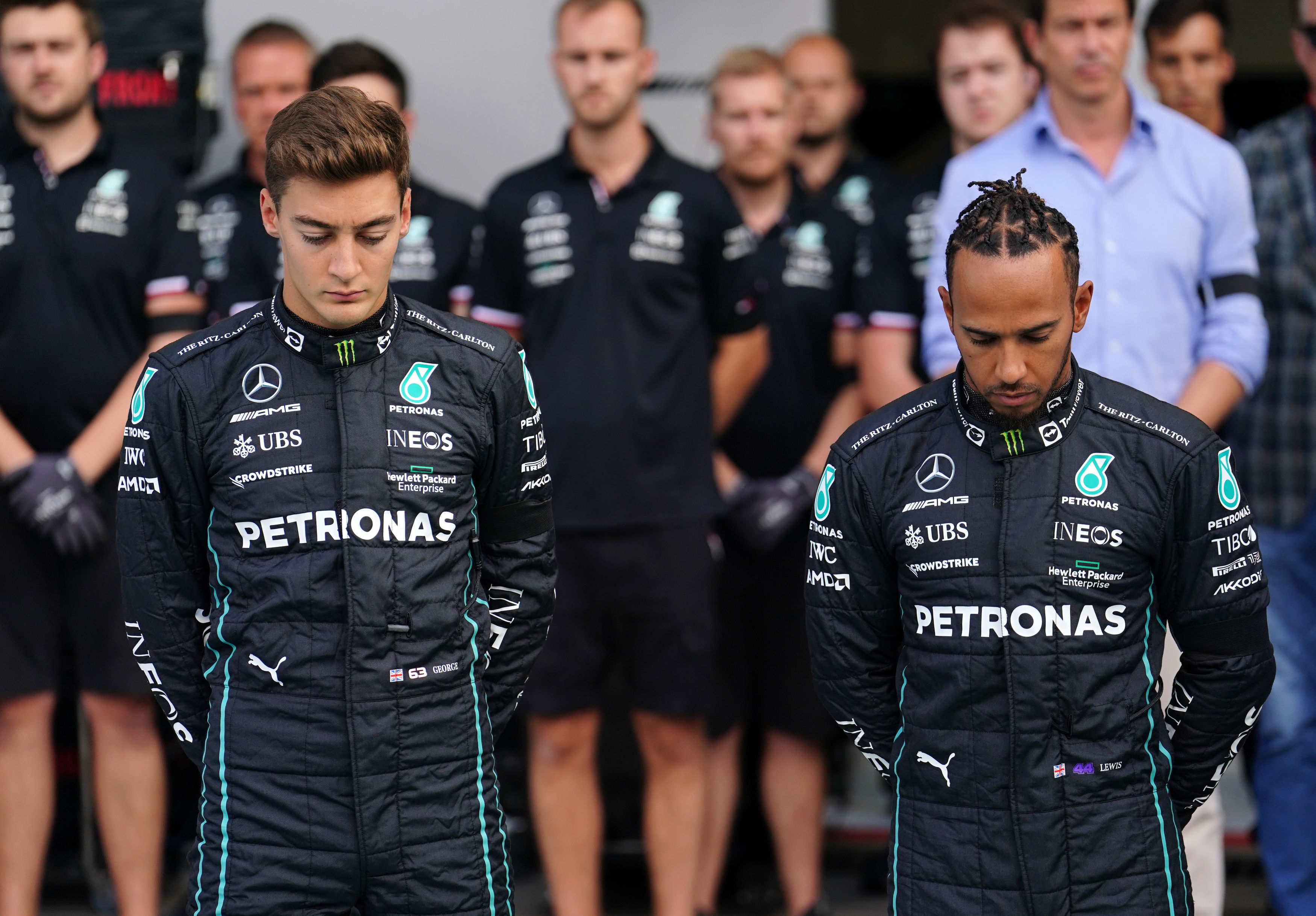 “She was truly an iconic leader, an inspiration and a reassuring presence for most, if not all, of our lives.

“Since the sad news yesterday [Thursday], I’ve been reflecting on her incredible life. She was a symbol of hope for so many and she served her country with dignity, dedication and kindness.

“She was truly like no other and I’m grateful to have lived during her time. Her legacy will be long-lasting and her passing deeply felt.

“I had the incredible honour of being able to spend time with her. It is something I’ll never forget.

“We talked about our shared love of dogs and she was incredibly generous with her time.

“I know the whole nation and many others around the world will be mourning her loss and my thoughts and prayers are with her family and all those close to her, who have lost a loved one. Rest in Peace.”

Hamilton’s teammate George Russell tweeted: “I’m so sad to hear about the passing of Her Majesty Queen Elizabeth II.

“Her devotion to our country and her gracious leadership were inspirational to so many generations of people in the UK and around the world.

“My family and I send our deepest condolences to The Royal Family and to all those who admired her service to our country for seven decades. Rest in Peace.”

British-born Williams driver Alex Albon – who will not race this weekend after being hospitalised with appendicitis – said: “An amazing role model and total dedication to a lifetime of public service. Thank you and rest in peace, Her Majesty the Queen.”

Toto Wolff said: “We are deeply saddened to learn of the passing of Her Majesty Queen Elizabeth II. We send our heartfelt condolences to the Royal Family and the people of the UK and the Commonwealth.”

And Formula One President and CEO Stefano Domenicali released a statement which read: “Formula 1 mourns the passing of Her Majesty Queen Elizabeth II.

“For more than seven decades she dedicated her life to public service with dignity and devotion and inspired so many around the world.

“Formula 1 sends its deepest condolences to the Royal Family and to the people of the United Kingdom and the Commonwealth.”

In this article:italiangp, qualifying, thequeen