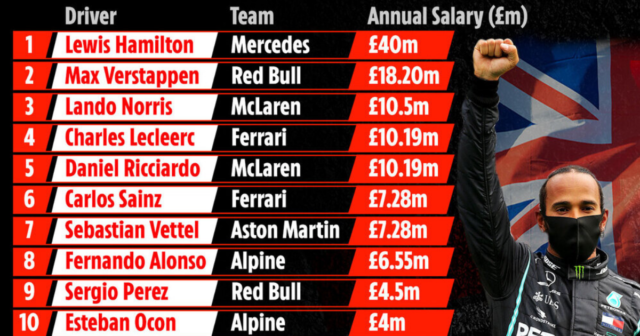 THE 2022 F1 season is nearly upon us with the controversy surrounding the 2021 finale STILL swirling.

Max Verstappen edged Lewis Hamilton to the crown with a thrilling final-lap overtake.

But questions are still being asked about the questionable decision from F1 race director Michael Masi in Abu Dhabi.

The controversial finale saw Hamilton quit social media for over a month with questions marks over his future.

But the seven-time world champion, 37, reported for duty at Mercedes HQ earlier this week to all-but end the speculation.

With that news, the grid for the 2022 season appears to be concrete.

And yet again, Hamilton is far and away the top-paid driver on the grid.

The Brit star rakes in a staggering £40m per year from Mercedes – more than DOUBLE his nearest rival. 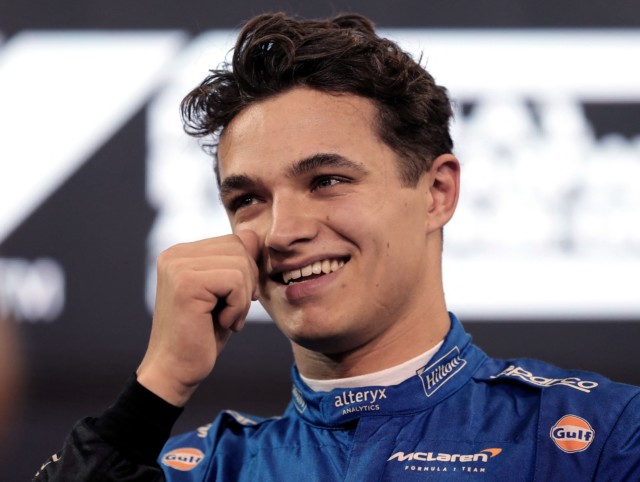 Lando Norris has risen to third in the list of top-paid F1 stars after signing a new McLaren deal
In this article:Abu Dhabi, abudhabi, Hamilton, lewishamilton, racedirector