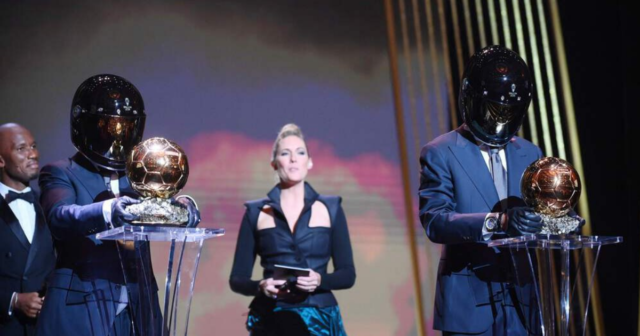 FORMULA ONE stars Fernando Alonso and Esteban Ocon had social media joking that Daft Punk had reunited following their appearance at the Ballon d’Or award ceremony.

The Alpine drivers delivered the Men’s and Women’s awards on stage wearing their F1 helmets, with users comparing the two to the French electronic music duo.

And while Messi pipping Robert Lewandowski to the individual honour proved to be a talking point, fans were also left in stitches by Alonso and Ocon’s appearance.

The pair arrived on stage wearing grey suits and helmets to cover their faces, before being prompted by hosts Didier Drogba and Sandy Heribert to reveal their identities.

They were greeted to a roar of applause after being unmasked, with the likes of Messi, Kylian Mbappe and Luis Suarez seen smiling in the audience.

Twitter users joked they thought Daft Punk had got back together following their split in February after 28 years together.

One messaged: “I thought they reunited Daft Punk for this lol.”

Another quipped: “Gonna tell my kids this was Daft Punk.”

A third added: “So… Ocon and Alonso gone in Daft Punk’s Cosplay, delivering the Ballon D’or? Or Daft Punk were Alonso and Ocon all this time??”

Meanwhile one commented: “Disappointed because I thought Daft Punk had reunited for a moment.”

One simply stated: “Tears I thought Daft Punk reunited for a second ffs.”

Another tweeted: “I think the greatest part about the Ballon D’Or Ceremony was the fact that Alonso and Ocon are Daft Punk.”

During Messi’s winner speech, the Blaugrana legend called on the Ballon d’Or to award Lewandowski the award for 2020.

The trophy was not given out last year after Covid restrictions forced organisers to cancel the annual event. 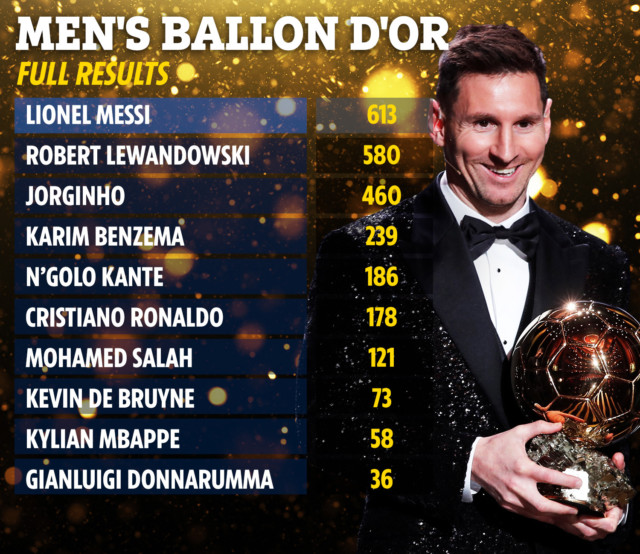 Messi remarked: “I would like to mention Robert Lewandowski, it’s been a real honour to compete with you.

Did you miss our previous article…
https://www.sportingexcitement.com/formula-1/lewis-hamilton-pays-emotional-tribute-to-louis-vuitton-fashion-designer-and-close-pal-virgil-abloh-after-death-at-41

In this article:daftpunk, formulaone, Hamilton, socialmedia