FABIO QUARTARARO was caught up in a brutal crash that saw the racing ace stretchered off during a dramatic third MotoGP practice for the Aragon Grand Prix.

Shocking footage shows the championship leader flying off his bike at Turn 14, before attempting to limp away.

Fabio Quartararo is stretchered off after a horrible crash in FP3 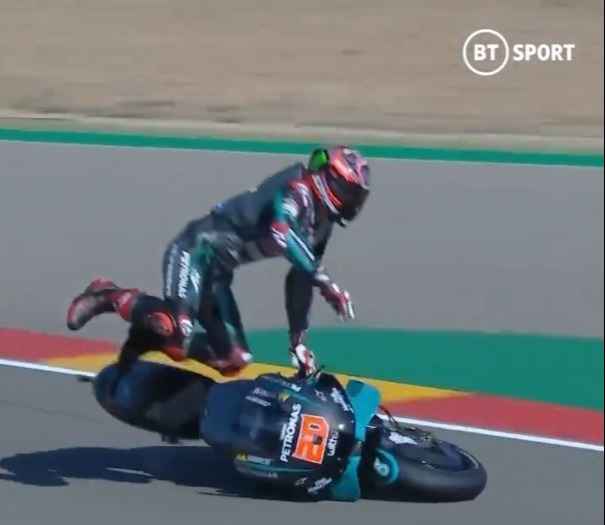 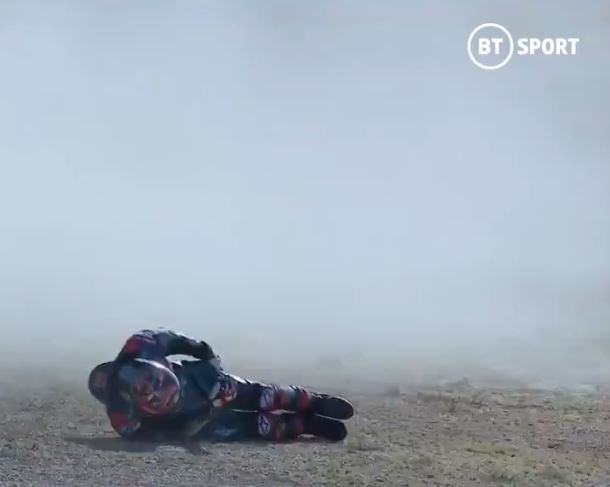 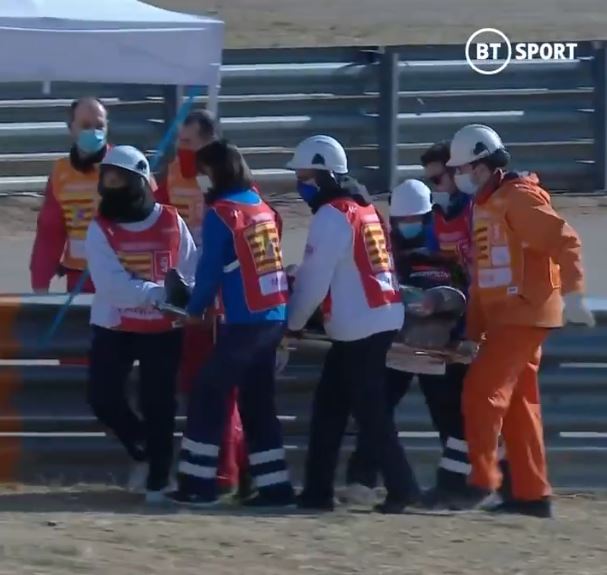 The session got underway an hour later than scheduled amid safety concerns around the cold temperature.

Slow-motion footage of the incident shows the racer losing control of his Yamaha on the curb, before flying over it and smashing sideways on the track.

And the Frenchman can later be seen grabbing his left shoulder before medics came to his rescue after he gingerly attempted to walk.

Thankfully, it has been reported that X-rays show the Moto GP star has suffered no broken bones.

The horror crash was the second dramatic incident for the championship frontrunner who narrowly escaped injury on the opening day of the Grand Prix on Friday.

The Yamaha rider suffered a morning fall at the Spanish circuit in the midst of chilly conditions on the track and is reported to have hurt his hip.

The latest incident could put a dent in Quatararo’s title hopes if he is unable to compete in a fully fit condition this weekend. 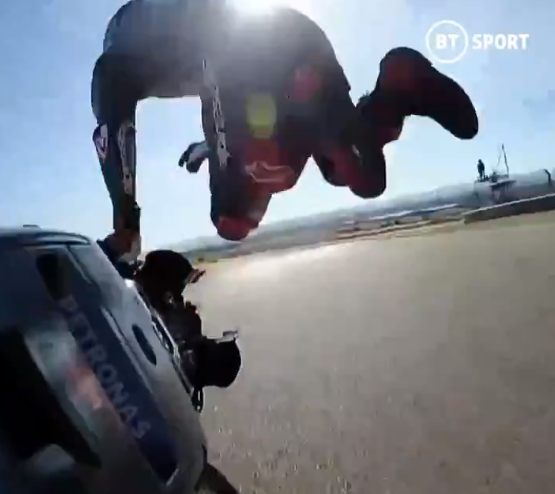 Incredible on board footage showed Quartararo flying from his bike 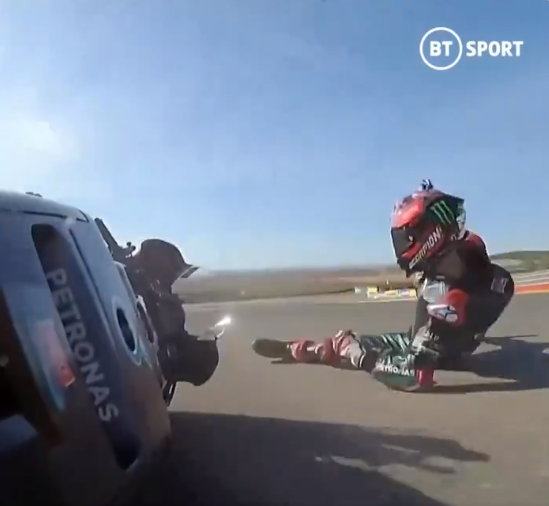 He then slid alongside his ride into the gravel

And LCR’s Cal Crutchlow has moved up to fourth.