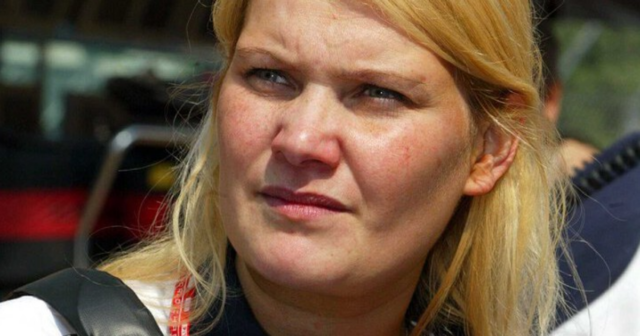 The ex-aerodynamicist – who was born in Italy – was famous for creating the ‘Walrus nose’ in the 2004 season.

Antonia Terzi has tragically died in a car crash aged 50

Her career began in F1 with Ferrari, where she worked – with Michael Schumacher among others – until 2001 before moving to Williams.

She played a key role in their race-winning push following an engine partnership with BMW.

Terzi caused a stir at the start of the 2004 campaign when the Williams FW26 was unveiled with the new nose concept.

She then moved away from motorsport to become the head of aerodynamics at Bentley.

The Italian moved into being a teacher in later years at universities in the UK and Netherlands.

Last year, Terzi was appointed professor at the Australian National University in Canberra.

She was planning to move there from Great Britain once the Covid-19 travel restrictions had eased.

After the sad news emerged, Williams tweeted: “We are deeply saddened to learn of the passing of our former colleague and chief aerodynamicist, Antonia Terzi.

“Our thoughts go out to Antonia’s friends and family at this difficult time.”

Twitter user Ivan wrote: “During my PhD at Imperial College, I used to pass quite frequently by a 50 per cent model scale made in aluminium of Williams’ walrus nosebox, sitting next to one of our wind tunnels.

“I always wondered who came up with that idea. It is rather sad to learn it this way. RIP Antonia Terzi.”

I loved the Walrus nose so much that i actually bought one as a kid…. Thank you Antonia Terzi! RIP! pic.twitter.com/vSaFrg3SIp

Did you miss our previous article…
https://www.sportingexcitement.com/formula-1/mercedes-boss-wants-lewis-hamilton-to-lose-f1-world-championship-to-max-verstappen-as-its-time-for-someone-else