Formula 1: Drive to Survive date: When is Netflix series four released and can I live stream for FREE?
Advertisement 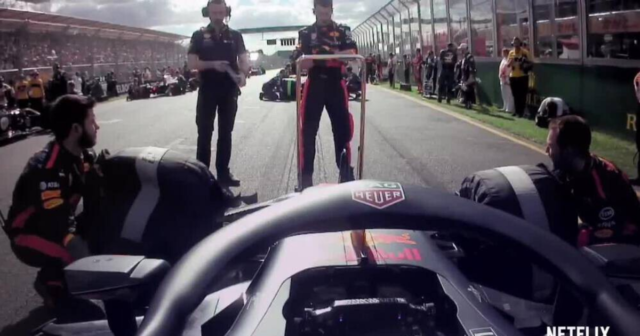 THE FORMULA ONE Championship ended in stunning fashion last season, with Max Verstappen winning the title on a highly controversial final lap.

And while we count down to the new season, there is the latest series of a TV show that will satisfy your motor racing needs until then – Formula 1: Drive to Survive.

TV series Formula 1: Drive to Survive shows unparalleled and behind the scenes access

What is Formula 1: Drive to Survive?

Formula 1: Drive to Survive’s fourth season is released on March 11.

This series is no fictional tale, but the hard graft, high-octane lives and stress of those behind the scenes in F1.

It takes a look at everything from in the garages to team principals and owners as the sport travelled the globe during last season’s Championship.

With interviews and exclusive access, including within Formula 1’s own management team, the ten-episode series documents the life of F1 like fans have never seen before.

Is it on Netflix?

Formula 1: Drive to Survive is released exclusively on Netflix.

The series was executive produced by James Gay-Rees – who has previously worked on documentaries including Senna and Ronaldo – and Paul Martin.

All four series can be watched on Netflix.

Can I watch it for FREE?

Netflix has a range of prices, starting from £5.99.

In the Basic package, you can only watch on one device at a time – while premium allows Ultra HD and allows access to Netflix on four screens at once.

But all deals include a FREE one-month trial, with access to unlimited TV programmes and films – but you will need to cancel at the end of the month to avoid paying a subscription fee.