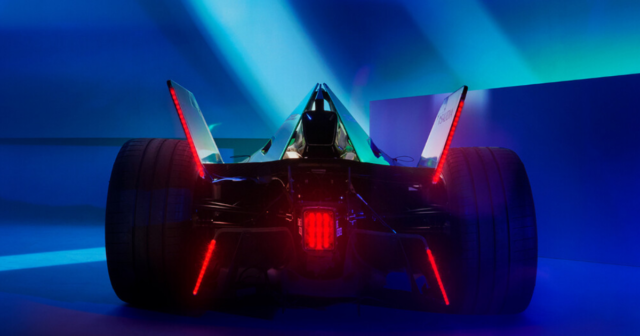 MCLAREN have announced they will join Formula E next season after agreeing to buy out Mercedes.

The British team have been considering joining the the all-electric championship following their decision to expand into the Extreme E series this year.

McLaren will join Formula E from next season, replacing Mercedes

And after German manufacturer Mercedes announced last year they would be joining Audi and BMW in leaving Formula E , the Surrey-based team have decided to step in.

McLaren CEO Zak Brown said: “McLaren Racing always seeks to compete against the best and on the leading edge of technology, providing our fans, partners and people with new ways to be excited, entertained and inspired.

“Formula E, like all our racing series, fulfils all those criteria.

“It is also satisfying to provide a home for the class-leading Formula E team that Mercedes has built, which will become a fully-fledged part of the McLaren Racing family.

“While run separately to our F1 and IndyCar teams, Formula E complements and builds out our EV racing programme alongside Extreme E.

Ian James, Team Principal of the Mercedes-EQ team, will continue to lead the team in orange next season with the buy out expected to be completed later this year.

James added: “Today’s announcement confirms the next exciting chapter in the development of the team.

“Since our inception in 2019, performance, sustainability and adaptability have been the keys to our success.

“Mercedes-Benz have been the main enablers for this team so far and when we started this journey, we could only have hoped for the results we’ve achieved to date.

“Becoming part of the McLaren Racing family is a privilege: McLaren has always been synonymous with success and high-performance.”

McLaren say their driver lineup and powertrain supplier will be announced at a later date.

Next season marks a change for Formula E as it will see the introduction of their Gen3 car which promises to be the fastest, lightest and most efficient all-electric racing car ever built.

Did you miss our previous article…
https://www.sportingexcitement.com/formula-1/f1-star-daniel-ricciardo-trashed-whole-floor-of-hotel-during-wild-party-with-team-mate-lando-norris-kicked-out-of-pool/

Advertisement. Scroll to continue reading.
In this article:britishteam, lastyear, thisyear