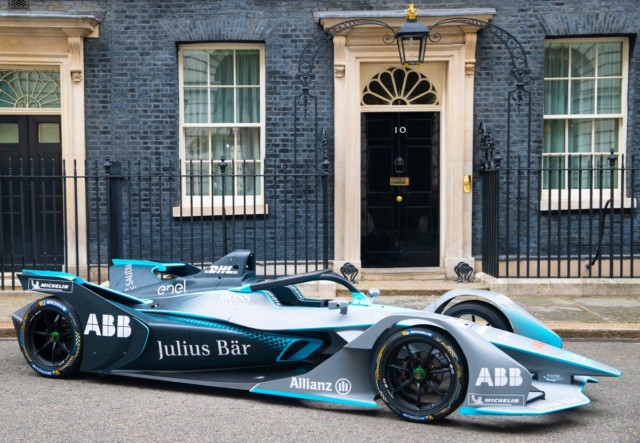 The racetrack features an indoor and outdoor section in a sporting first and will run through the ExCeL exhibition centre.

The races are scheduled for July 24th and 25th and will form part of a 15-race championship.

Last year, the two London ePrixs were cancelled due to the Covid pandemic with the ExCeL being converted into the Nightingale emergency hospital.

However, FE are now confident of putting the race on as originally planned, with two races in New York also back on the schedule.

The all-electric championship has also picked a new venue for its Mexican round, switching to the Autodromo Miguel E. Abed in Puebla.

This is because the Autodromo Hermanos Rodriguez in Mexico City, which also hosts the F1 race, is currently being used as a temporary hospital.

Formula E is preparing for a street race in London

Agag said: “We believe it will become one of the flagship events in global motorsport, right up there with the likes of Monaco, Macau and Le Mans.

“It’s a race any category would be proud to have on its calendar.”