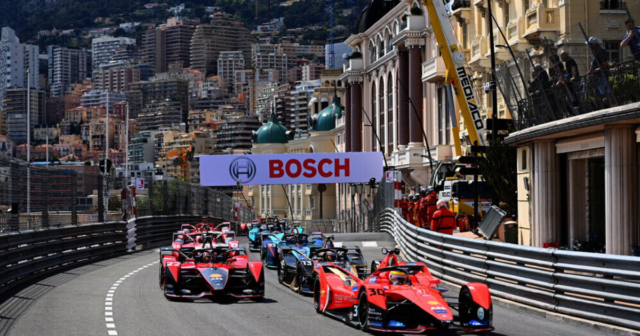 OLIVER ROWLAND is aiming to climb to the top of Formula E’s strong driver line-up by kick-starting his season at the Berlin EPrix.

The Barnsley-born driver heads into this weekend’s double header with just four points after struggling since signing for Mahindra Racing this season.

But with FIVE different winners from six races this season, Rowland believes the competitive nature of Formula E will allow him to bounce back sooner rather than later.

The 29-year-old said: “Formula E has always been extremely competitive.

“The level of drivers is as good as anywhere in the world to be honest. You know that if you want to go and win a race, you have to be on absolute top form, especially with the new qualifying format.

“The last three races we’ve had three DNFs, as well as the DNF in Round 1, so four DNF’s out of six races. It’s been pretty disappointing by any standards.

“We’ve have had bad luck though. Monaco was clearly my fault, I was a bit over optimistic and misjudged it to be honest, I was easily at the inside and the move was kind of done.

“But in the first race in Riyadh, Robin Frijns hit the back of me when we were in sixth, and then the other two [in Rome] were also unfortunate.”

Rowland has reason to feel confident heading to Berlin’s Tempelhof Airport Street Circuit after his sole Formula E victory came there in 2020.

He added: “It is quite a difficult race in terms of time management and energy management. You have to be quite tactical in that respect.

“I have this thing where if I say I don’t like somewhere, and I’m not looking forward to it, I usually go quite well.

“So, let’s say I’m not looking forward to the weekend!”

The ABB FIA Formula E World Championship’s most extensive calendar to date continues in Berlin this Saturday 14 May live on Channel 4 from 13:30 BST and on Sunday 15 May from 14:50 BST on Eurosport 2Catch-up on all the information as the series builds up to the 2022 London E-Prix, which returns this year on 30 & 31 July: https://www.fiaformulae.com/en/championship/race-calendar/2021-2022/london

Advertisement. Scroll to continue reading.
In this article:berlineprix, doubleheader, thisweekend