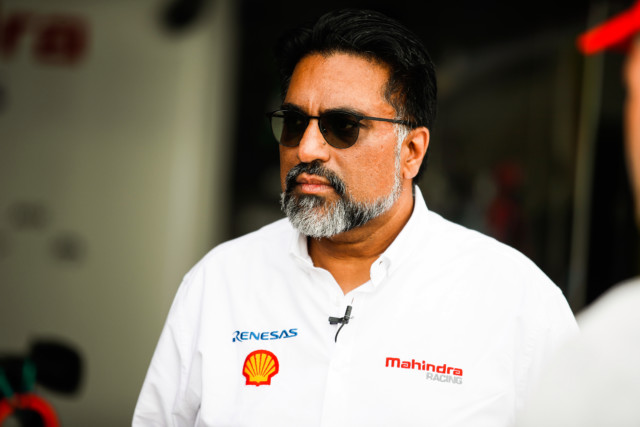 FORMULA E team boss Dilbagh Gill has tested positive for Covid-19 and will miss the final six races of the season.

Mahindra team principal Gill will be absent for the season showdown in Berlin as FE will thrash out the remaining six races in just nine days.

FE’s first race since February gets underway on Wednesday, with Gill announcing his positive test just a day before the restart.

Gill said: “The first thing to get off my chest is that I have tested positive for COVID-19 in the first test.

“I’m under isolation at this point in time and waiting for my second test.

“I do not have any symptoms and I’m feeling quite well so I think that’s something from my side.

“I feel a bit bummed that I’m not able to help the team at this point in time but it’s best for everyone’s health that I’m away.”

He added: “We had expected that there might have to be some team changes going forward because of Covid-19. Everyone had a back-up.

“As of now, the initial instructions is to spend 10 to 14 days in isolation, so yes, I think the finale is going to be in this hotel room for me.”

FE released a statement to say of their 1,423 tests in Berlin, only two tests were positive.

“The two individuals have entered self-quarantine in accordance with the instructions of the relevant public health authorities and will continue to follow the procedure mandated by those authorities.

“In both instances, the FIA Formula E Championship’s in-depth protocol has been closely followed.”

Did you miss our previous article…
https://www.sportingexcitement.com/formula-1/lewis-hamiltons-jaw-dropping-british-gp-tyre-blowout-blamed-on-mercedes-and-not-debris-on-silverstone-track