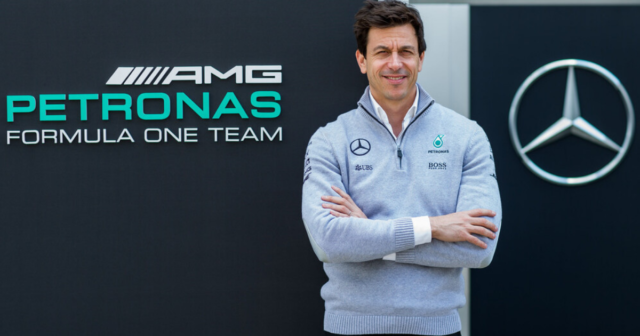 MERCEDES-AMG Petronas team principal Toto Wolff is one race away from toasting another F1 world championship.

Going into the Abu Dhabi Grand Prix, his team’s driver Lewis Hamilton and Red Bull rival Max Verstappen are neck and neck in the standings.

The Austrian, 49, grew up in Vienna, but his family was hit by tragedy when his father died when he was young from brain cancer.

Wolf was kicked out of school because his family couldn’t afford the fees.

Before amassing a £300million fortune, he sold candles and handed out fliers wearing gold face paint.

Now, he’s arguably the most powerful man in motorsport.

Contrary to the riches he swims in today, Wolff didn’t grow up in money like many on the F1 circuit.

From the age of eight, he saw his beloved father battle brain cancer. When Toto was a teenager, his dad sadly passed away and it was left to his doctor mother to raise him and his sister.

He revealed: “It was a tough upbringing; my father was very ill when he was young, and he died when I was a young teenager.

“There wasn’t a lot of financial means and if you grow up in a city where you can see that in front of you, but you haven’t got it yourself, it is difficult.”

It got worse for Toto when she couldn’t afford school fees and he was removed from private school.

“My mother brought us up and she was a doctor in Vienna and there wasn’t really any financial background,” he told Essentially Sports. 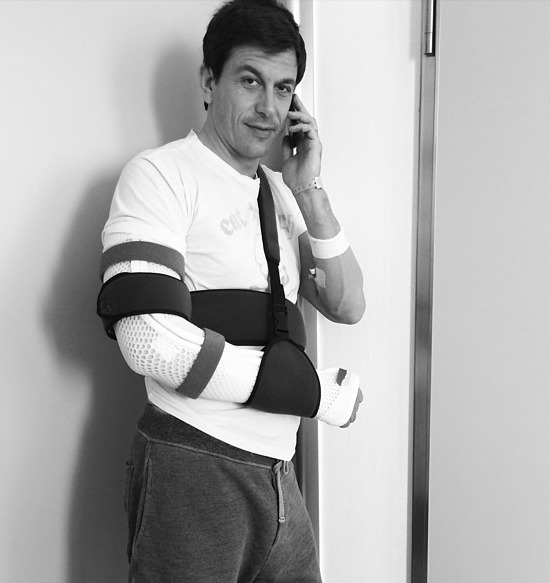 Wolff grew up in Austria in less than affluent circumstances 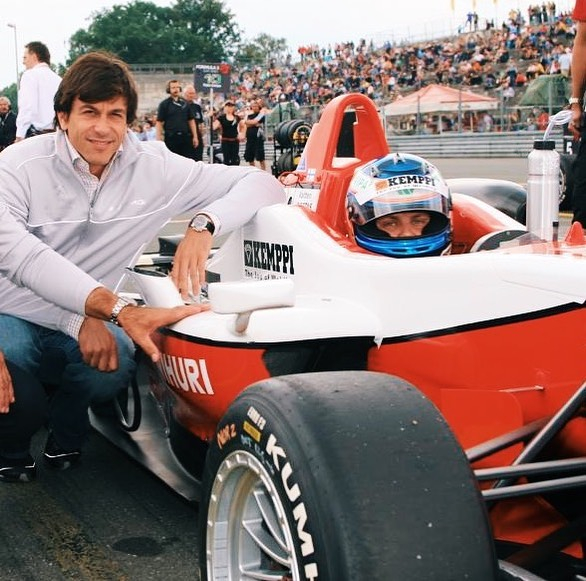 When he was a teenager, Wolff’s father passed away from brain cancer

But when he was 12 and his sister was nine, they were removed from the school.

“We were taken out of class because the school fee wasn’t paid,” he said.

“Unfortunately, your school fees haven’t been paid for a long time so please pack your bags and go home.

“So, I needed to go back to class to pick up my bags and the humiliation of packing your bag because your school fees weren’t paid.”

Wolff’s entrepreneurial skills were evident as a young teen.

In the 1990’s, he launched his first business at an anti-racism protest in Austria selling candles.

He explained: “It was a silent protest with the topic of lighting a candle and walking, protesting against racism.

“I thought, there’s going to be a few thousand people and they’re not going to have any lights or candles.”

So, before the rally Wolff bought a large number of candles to sell to demonstrators. 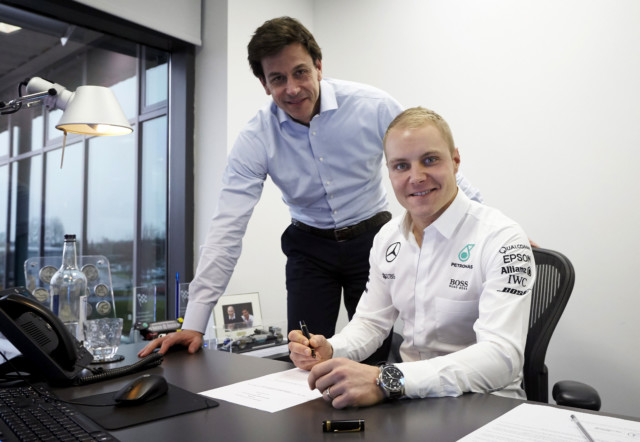 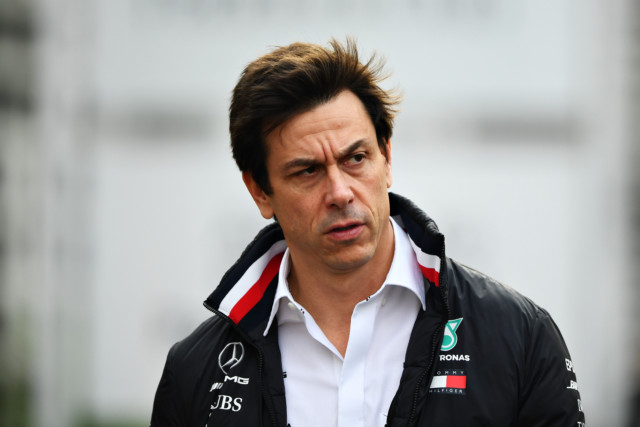 “The protest was due to start at six o clock and until 3 we had only sold a few hundred,” he said. “So it was a terrible business.”

However, things did pick up and young Toto made a profit.

“It showed that if you can create demand for your product, it sells.”

THAT WASN’T HIS WORST JOB…

As Wolff embarked on his own racing career at 19, he had to make ends meet.

It was then he took on his most embarrassing role handling out leaflets in costume.

“The worst one (job) was when I tried to make it as a racing driver, pre-Christmas in the busiest zone of an Austrian city.

“I had to wear a golden cape, I painted my face gold and I had to give away leaflets for the local electronics shops.

“It was so embarrassing because people recognised me. I remember that was really bad, but I pushed through, I really needed the money.”

FROM DRIVING TO BUSINESS

In the mid to late 2000’s, he juggled a racing career with a stint as a banker, until he made a shrewd investment.

He bought shares in Williams F1 and joined the board of directors in 2009. Three years later, he was named the constructor’s executive director. 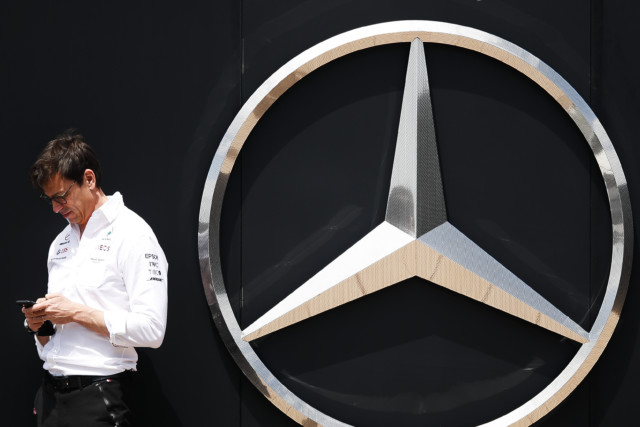 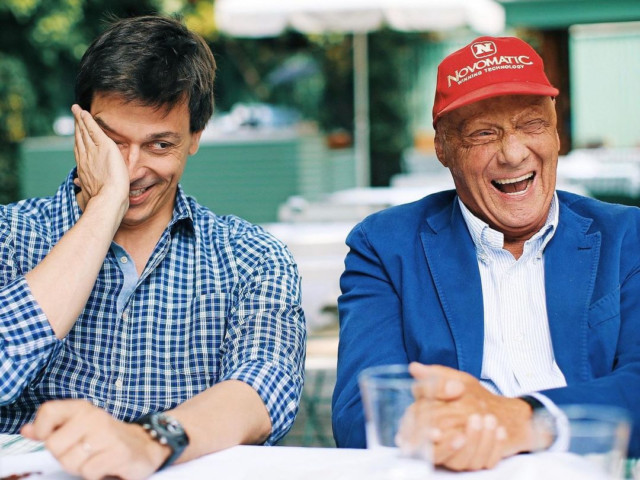 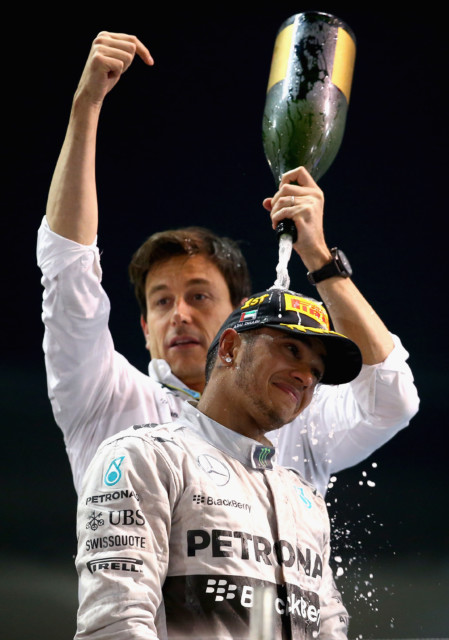 Wolff, who has Lewis Hamilton driving for his team, has overseen seven consecutive Constructors’ World Championships

“I became a minority shareholder in Williams and got on very well with Frank,” he said, referencing the team’s legendary owner.

“Eventually we did okay in an underfinanced Williams and I got a call from one of the Daimler board members.”

In 2013, impressed by Wolff’s rapid rise, Mercedes AMG Petronas Formula One Team approached him to be their executive director.

He sat down with former chief, Daimler AG Wolfgang Bernhard who asked him why their team wasn’t working as well as it should.

Wolff joined the firm as a managing partner, receiving 30 per cent of Mercedes-Benz Grand Prix Ltd, with a further 10 per cent held by Niki Lauda and 60 per cent by the parent company.

He added to his wealth in 2014, selling two-thirds of his shares in Williams to American businessman Brad Hollinger.

Two years later, he completely cut his investment with Williams – selling his remaining 5 per cent.

They met, as you would expect, on the circuit.

Incredibly, she drove at the British Grand Prix for Williams in 2014, two years after being signed as a development driver.

Before that she starred in the DTM, Formula Three and Formula Renault. 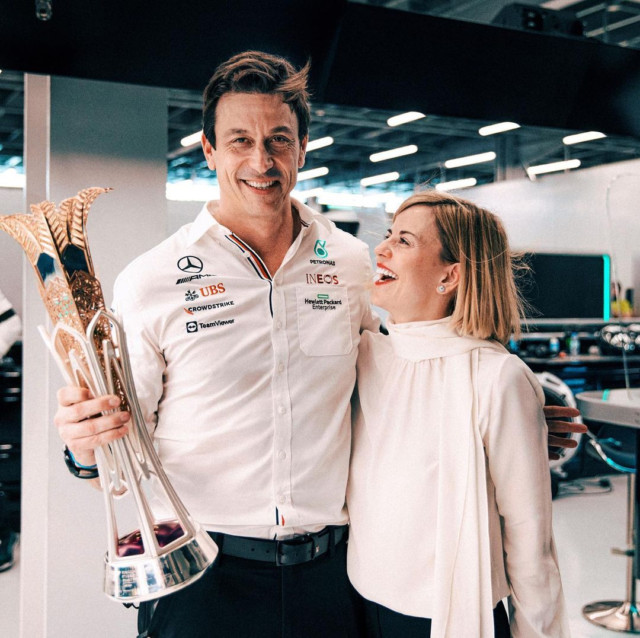 Wolff is happily married to Susie 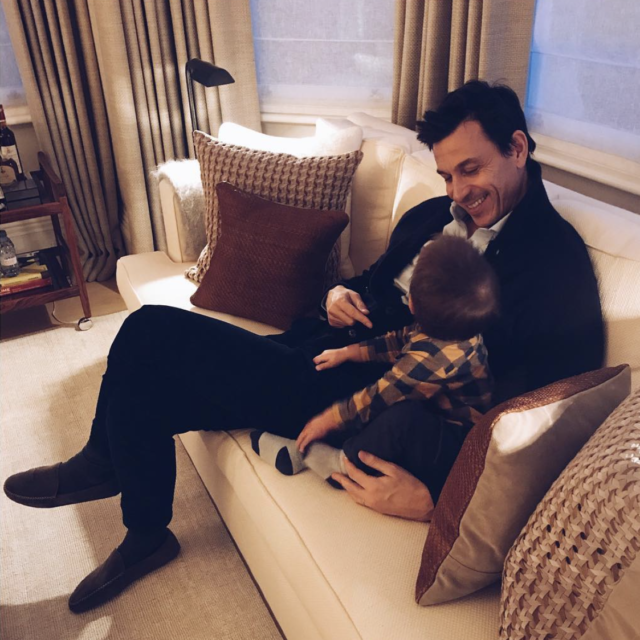 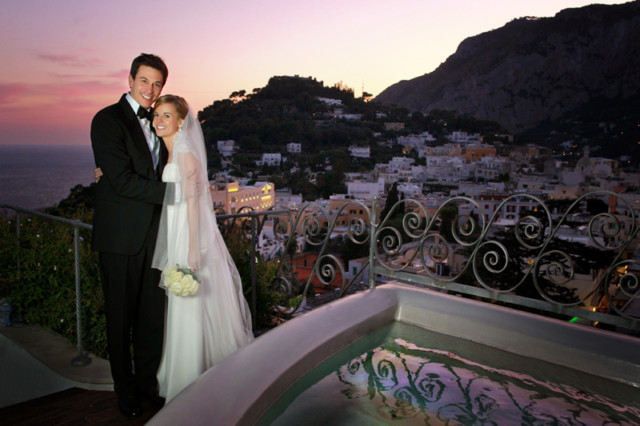 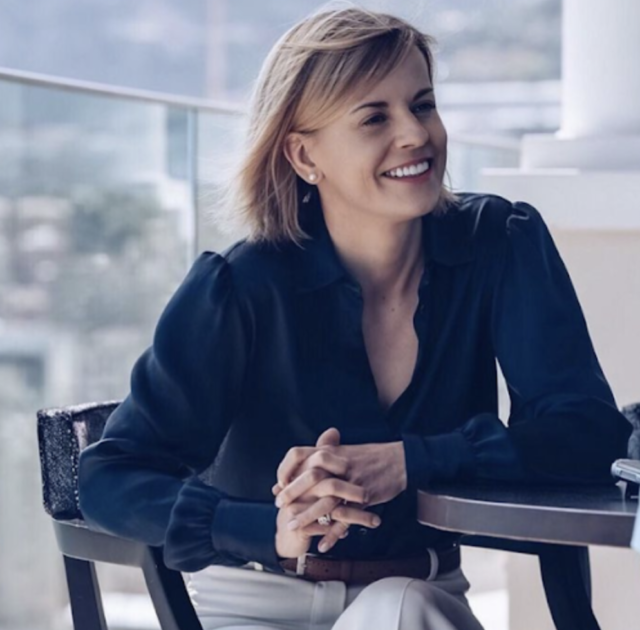 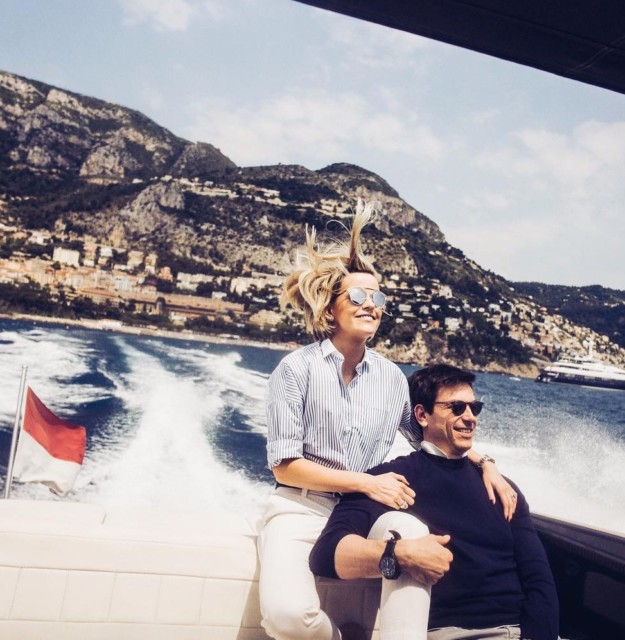 Wolff now lives a life of luxury in Monaco

But now it’s the family life she enjoys, after giving birth to their son, Jack in 2017.

Speaking about their romance, he told Essentially Sports: “Susie is the system maintainer of the Wolff family. We are very lucky because we are very similar in terms of characters and tasks.

“The family comes first, and then comes the job. But this common field of interest, motorsport, is what we’ve always done. That’s why people talk about it at dinner. The mix of both makes it.”