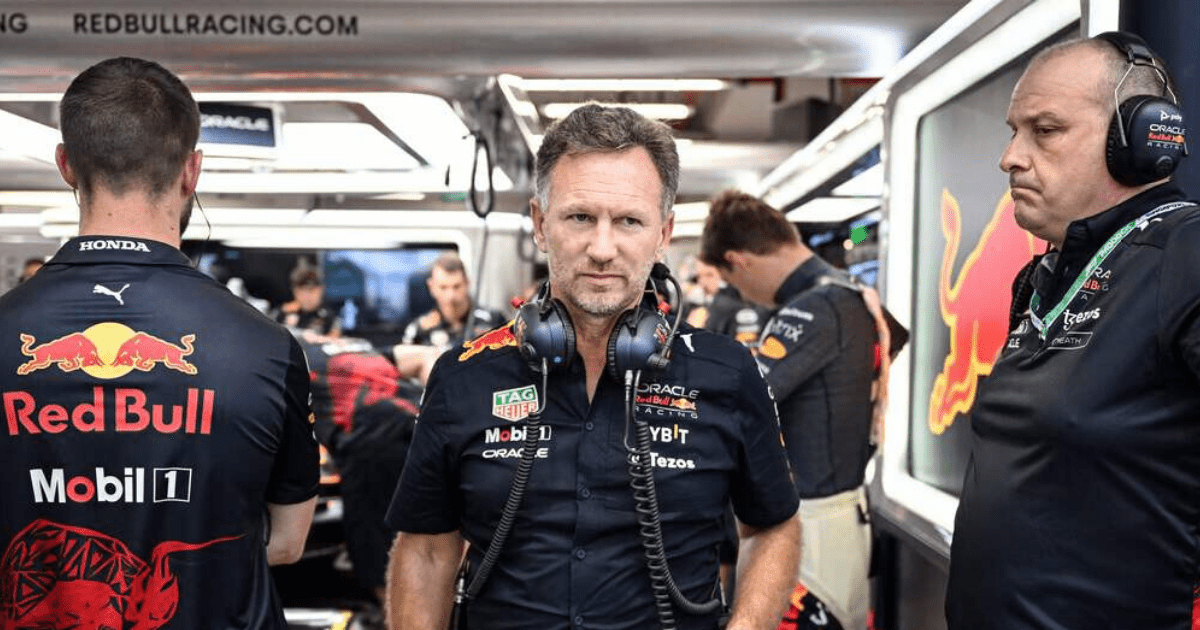 Horner is livid that the Merc boss fingered his team for being in breach of the cost-cap limit, which forces team’s to limit their spending.

The sport’s governing body will announce their report on Wednesday – with rumours rife that Red Bull and Aston Martin have fallen foul of the $145m (£114m) limit.

The list of penalties include excluding team’s from last year’s championship – which would sensationally hand Max Verstappen’s controversial title he won in Abu Dhabi to Merc’s Lewis Hamilton.

While that outcome is unlikely, Horner has questioned how Wolff – and also Ferrari – seem to know his team’s business and has hinted he could take legal action for defamation.

Horner said: “We were a little bit taken aback by comments that were coming from two of our rival teams.

“The submission between the team and the FIA is one that is confidential.

“I have no idea what the outcome of our rivals’ submissions are or their accounting treatment.

“I would be intrigued to know where their source of information for these fictitious claims have come from.

“They’re hugely defamatory and we take umbrage to them.

“One can only assume it’s not un-coincidental that this is at a point where Max has his first strike at the world championship.

“The FIA have even stated they haven’t even completed their process.

“So unless there is a clear withdrawal of those statements we will be taking it incredibly seriously and looking at what the options available to us are.

“Because it is absolutely unacceptable to be making comments of the type that were made is totally defamatory to the team, to the brands and even to Formula One.”

Wolff had said on Friday evening “I find it funny that Christian says [Red Bull are below the cap] because it’s been weeks and months they are being investigated, so maybe he doesn’t speak to his CFO.”

Wolff added: “As far as we understand there’s a team in minor breach, which is more procedural, and another team that is fundamentally massively over.

“If it’s true that they [Red Bull] formulated a lightweight chassis this year, they may use it the next year.

“So it’s a really a cascade of events that can be influential in all of the three championships.”

However, Horner maintains his team’s innocence and says the timing of Wolff comments stink – given Verstappen can win the title tomorrow is results go his way.

He added; “Perhaps when these accusations are made, people in glass houses shouldn’t throw stones.

“Is it any coincidence that Max has his first shot at winning a world title and here we are talking nothing but cost caps, rather than the phenomenal performance that he has had this year?

“I think it’s an underhand tactic that’s been employed to detract from perhaps a lack of performance on track this year.

“And of course when references are made to last year, this year, next year, we’re going to take that extremely seriously.

“So this is an issue for the FIA to deal with but also an issue for Red Bull to consider what our position is with those comments that have been made.”