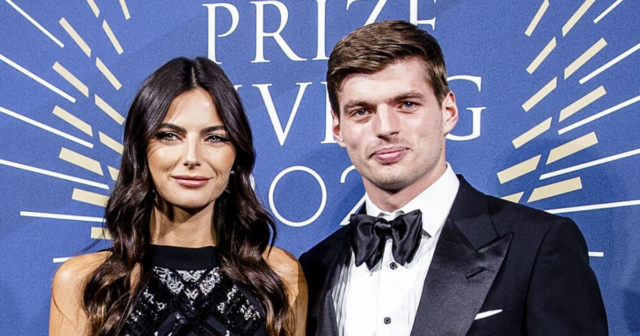 STARS of Formula 1 got together at the glitzy FIA awards as Max Verstappen received his World Championship trophy.

The event was avoided by Mercedes’ Toto Wolff and Lewis Hamilton after they were ‘robbed’ of the title on Sunday. 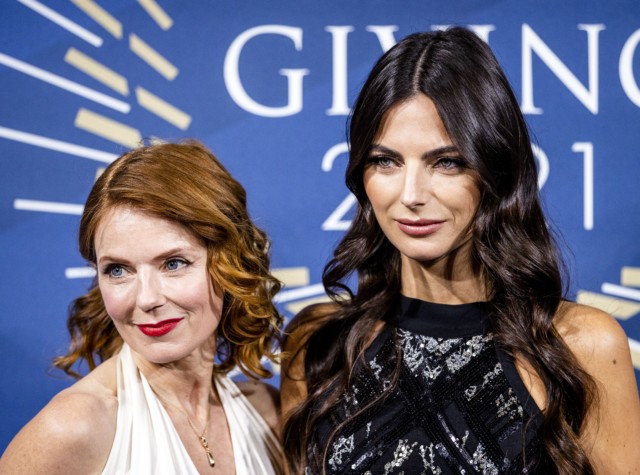 Geri and Kelly pose for a picture together

But many of the great and good of the F1 world did make it to the Paris bash, with Red Bull’s Verstappen and Christian Horner still riding the wave of Sunday’s fortunate win.

And they were joined on the blue carpet by their other halves Geri Horner and Kelly Piquet.

And she looked just as delighted as she beamed in a white gown at last night’s Paris bash.

Victorious Verstappen, 24, swapped his usual race gear for a tux and bow-tie as he walked the blue carpet alongside girlfriend Kelly Piquet.

And Kelly, 33, stole the show in a stunning black frock.

The pair have dated since October 2020, after Kelly split from former Red Bull ace Daniil Kvyat, having had a daughter with the Russian in 2019.

While Wolff and Hamilton were no-shows, Mercedes were represented at the FIA party.

Outgoing Valtteri Bottas was in attendance as he prepares to bid farewell to Merc and join Alfa Romeo next season.

The Finn was joined by Australian cyclist girlfriend Tiffany Cromwell.

Bottas will be replaced at Mercedes next season by Williams’ George Russell. 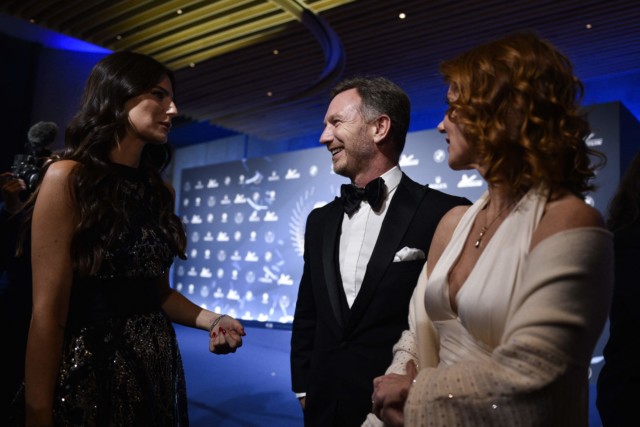 Kelly chats with Christian and Geri 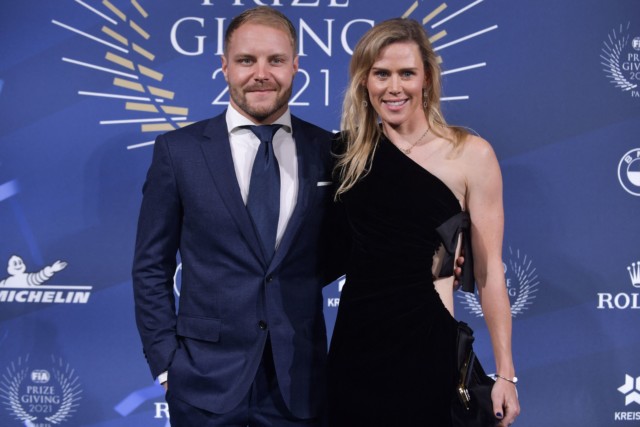 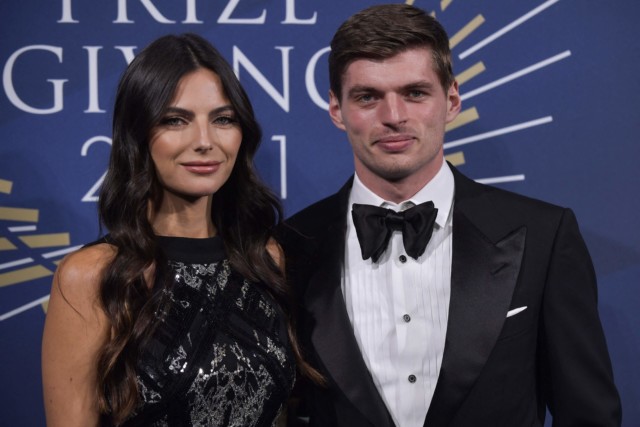 Max Verstappen had plenty of reasons to grin

Just because Hamilton wasn’t in attendance, doesn’t mean that his presence wasn’t felt in other ways.

Parked outside the awards presentation was a van, with an interactive message that read: “WeStandWithLewis.”

The message comes after Wolff declared that Hamilton could sensationally quit F1 after being left ‘disillusioned’ by the sport following Verstappen’s triumph.

Speaking during the FIA Prize-Giving gala in Paris, Verstappen insisted his rival has no reason to walk away.

He said: “Of course, I can understand that the first few days, after a race like that, you’re not happy.

Asked whether he feels sorry for the seven-time champ, he remarked: “No, I don’t feel sorry but I can understand it can be very painful.

“At the end of the day, that’s racing as well. You just have to keep fighting until the end and you know that in racing anything can happen.

“He also won a championship like that. I think he can understand as well.” 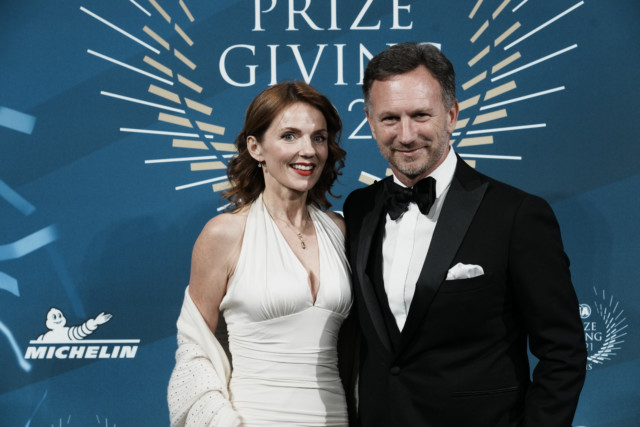