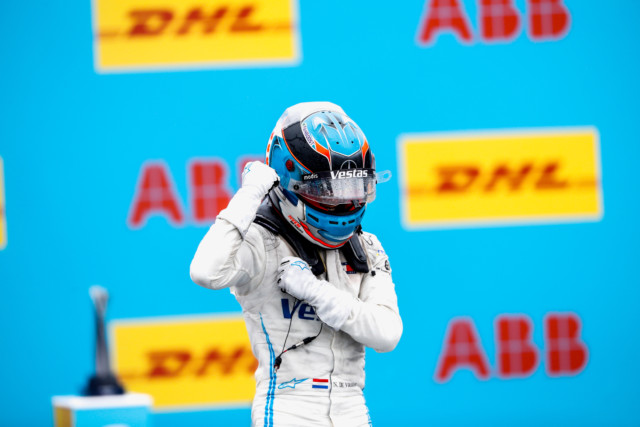 FORMULA E’s first of two races in Valencia ended in utter chaos as only 12 of 24 drivers finished the race.

Mercedes’ title-leader Nyck de Vries took the victory as his rivals misjudged the amount of battery power required to finish the race.

Defending champion Antonio Felix Da Costa led the entirety of the race but he wilted away on the final lap and limped home in seventh.

Da Costa was one of many drivers who had misjudged the energy required as others failed to finish the race.

In FE, cars must finish the race with at least 0.1 per cent of energy.

This left Nico Muller in second place, who had been in the gravel twice and also undergone a drive-through penalty.

Mercedes’ former F1 star Stoffel Vandoorne took third after starting from the back of the grid after having pole position taken away from him after an technical infringement.

Drivers and teams were left bemused after a whole host of drivers failed to finish the race.

Mercedes have now taken a grip of the drivers’ standings as De Vries leads his teammate Vandoorne by nine points at the top of the title race.

Race-winner De Vries said: “Honestly I am happier than my win in Riyadh.

“It came a bit unexpected, after a difficult weekend in Rome it was time to get back and the team executed the plan perfectly.

“I was surprised to see my mate Vandoorne next to me on the podium!”

The second race of the double header in Valencia is on Sunday at 1pm. 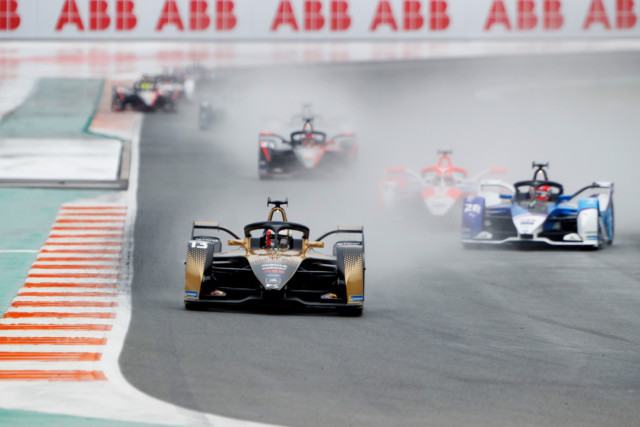 Only half the field finished the Valencia ePrix