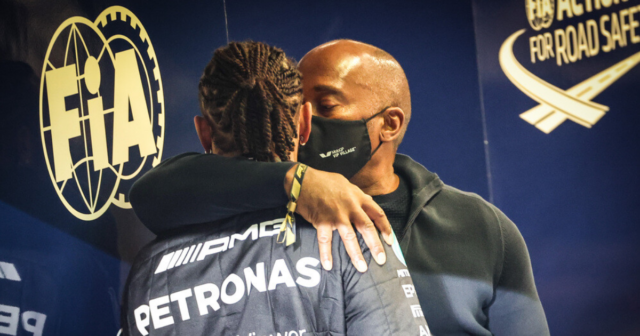 LEWIS HAMILTON was comforted by his father Anthony as his record eighth world title was stolen from his back pocket.

Take nothing away from Max Verstappen, this has been an excellent season in which the Dutchman has turned in some stunning performances.

But Hamilton almost pulled off the unthinkable of overturning a 32-point deficit that existed between himself and Verstappen after the Austrian GP.

He’d wiped out a further 19-points in the three races coming into the Abu Dhabi GP.

A fourth consecutive win would have been the icing on the cake in a season which, despite not winning the title, was arguably his best.

Hamilton looked home and hosed here. Surely this would be it. The moment he moved clear of the joint-record he holds with Michael Schuamcher.

But as we have seen this season, nothing can be taken for granted and as it proved there was yet another twist in the tail as Verstappen took the victory on the final lap.

Hamilton was deflated. Silent. Spent time with his dad, who held his son’s head in his hands.

To his credit, given the fury erupting around him in his Mercedes team, Hamilton was gracious in defeat, albeit on TV –  he pulled his press conference until after the stewards’ hearing as his team tried to get the defeat overturned.

He said: “Firstly, a big congratulations to Max and to his team. I think we did an amazing job this year, with my team.

“We gave it everything this last part of the season, we gave it absolutely everything and we never gave up. And that’s the most important thing.

“I’ve been feeling good… great in the car this past couple of months, particularly at the end.

“If I’m honest, you know, we’re still in the pandemic and I just really wish everyone to stay safe and have a good Christmas with all their families and then we’ll see about next year.”

The last part of that sentence will send shudders down the spine at Merc bosses, surely he’s not now having second thoughts about signing that contract which runs until 2023?

Perhaps it was a heat-of-the-moment comment, for we won’t exactly know for sure until the season starts again in under 100 days time.

This year Hamilton has put in performances that have captivated and excited. 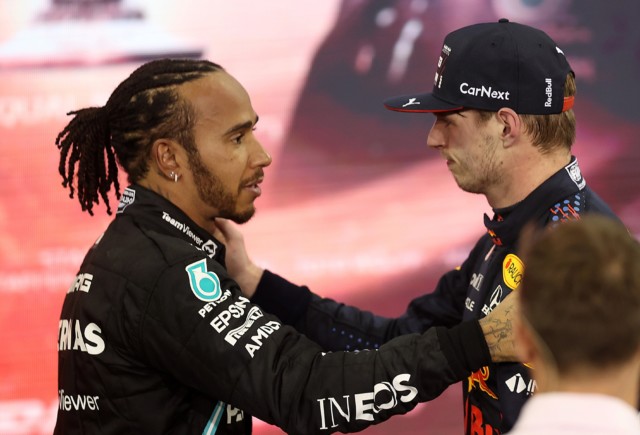 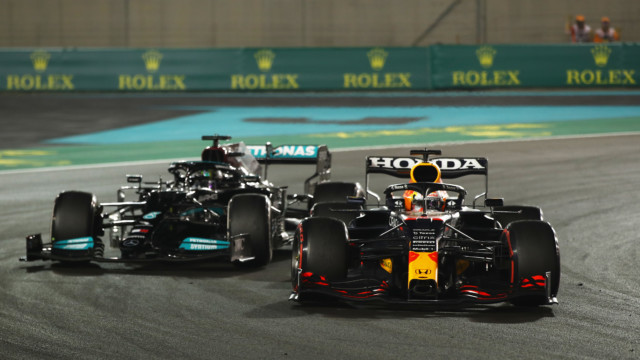 His drives in Brazil, where he overcome a total of 25-places worth of grid penalties to win, was the stuff of legend.

Off track too his decision to support the LGBT+ community by wearing a Pride Flag on his crash helmet in Qatar, Saudi Arabia and Abu Dhabi should be applauded.

Let’s remember that in some countries in the Middle East, same sex relationship are illeagal and punishable by death.

It takes guts to come out and say what you really think, despite the pressure of representing big brands.

In the UK too he’s financed his own study into the lack of diversity in motorsport and has now funded a project to recruit and train 150 black teachers in the subjects of science, technology, engineering and maths.

They will work in schools serving disadvantaged communities in England with the view of getting more minorities into the F1 paddock – where he remains the sport’s only black driver.

Hamilton is using his platform as an F1 driver not only for profit – yes, he has lucrative endorsements – but to also drive change.

Sure, he gets stick for his fashion, his accent, his decision to live in Monaco, but really there is no other driver, no sportstar quite like Hamilton.

He splits opinions but, not only is he the best in his current line of work on track, he’s also trying to make a positive change off it.

As for Verstappen, his first title is subject to some scrutiny from the stewards but he is toasting his success with “only one drink”.

He added: “It has been an incredible season, not only this race but incredible battles.

“Coming into the season, I had a feeling we might have a better shot at it, but you never know, so to be sitting here right now, it’s unbelievable.

“It’s been tense and we’ve been pushing each other to the limit within our cars.”

Verstappen made his F1 debut in 2015 when he was just 17. He was so young he could not even drive himself to the track as he did not possess a valid driving licence.

He joined Red Bull’s B-team Toro Rosso before being promoted to Red Bull in 2016 winning his first GP in his debut year for the team.

Verstappen added: “The first goal was to be in Formula One, then to hope that you can win a race and hear the national anthem. 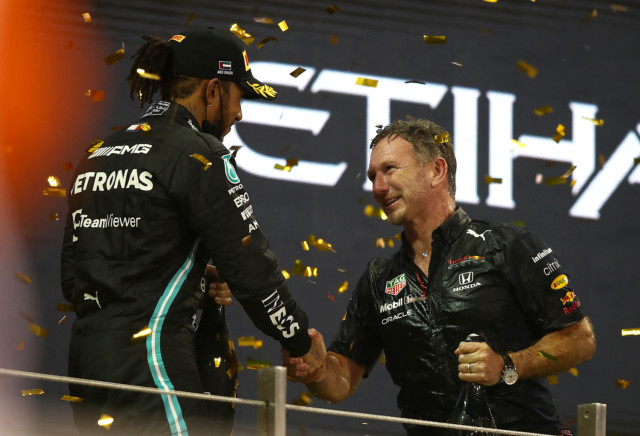 “But then of course, the ultimate goal was a world championship, which is very hard to achieve. But now that’s happened it’s just insane.”

Insane, but says having his first world title will not change him. We will see about that.

He added: “It’s been an insane competition, and for Max to win the world championship it’s not just about here, it’s the whole year.

“Lewis has been a phenomenal opponent all year, he’s a great world champion and that’s what makes it more valid to win this.

“We were screaming at him [FIA race director Michael Masi] ‘let them race’.

“That’s what we’ve been talking about all year and this championship came down to the last lap. 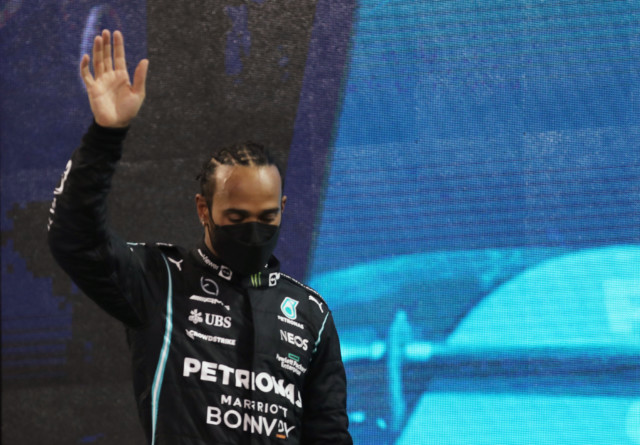 “I was screaming from Turn Five all the way down the back straight. You just knew Max was not going to give it up.

“To see him cross the line and become world champion for us after all these years is an amazing feeling. This is right up with our first world championship.

“The quality of the opponents we’ve had this year, they’ve pushed us so hard and we’ve fought so hard, and then a stroke of good fortune for us and we made it work.”