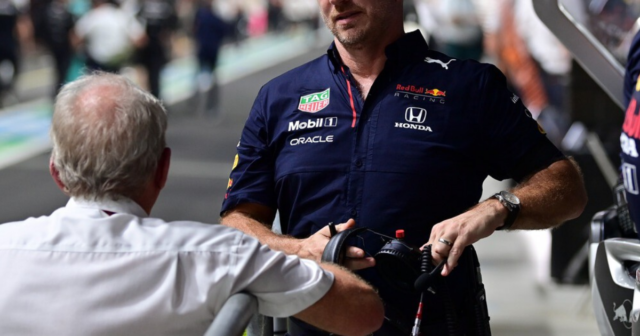 Seven-time champ Hamilton and Verstappen have been involved in a number of incidents this season.

But their rivalry boiled over last Sunday when Verstappen received two time penalties, including one for ‘brake checking’ Hamilton.

After the incident, Hamilton blasted: “This guy is f***ing crazy, man. It was just dangerous driving dude.”

Hamilton went on to win the Saudi Arabian GP and tie the title race up at 369.5 points each with just Abu Dhabi to go.

But Horner disagrees with the Brit’s assessment of the young and hungry Dutchman and says Red Bull want to ‘win the championship on the track’.

Horner also reminded F1 fans the feisty title race saw both drivers have ‘their moments’ and not just his driver.

He continued: “To finish first, first you’ve got to finish. That’s been our mantra throughout this season.

“Remember, it wasn’t Max who crashed into Lewis at Silverstone. The stewards found Lewis guilty of driving into Max.

“They’ve both had their moments this year. Inevitably the reverse was found at Monza. They’ve been hard races.

“They’ve gone wheel to wheel. But I think, for all the fans, you want to see a fair and clean fight in this last round and may the best team and best driver win.”

Ex-F1 chief Bernie Ecclestone has slammed Hamilton and Merc for the part they played.

And Ecclestone accused them of ‘bullying’ Verstappen.

He told AFP: “Max is a kid compared to Lewis and the worst thing is Lewis has a massive publicity campaign working for him. 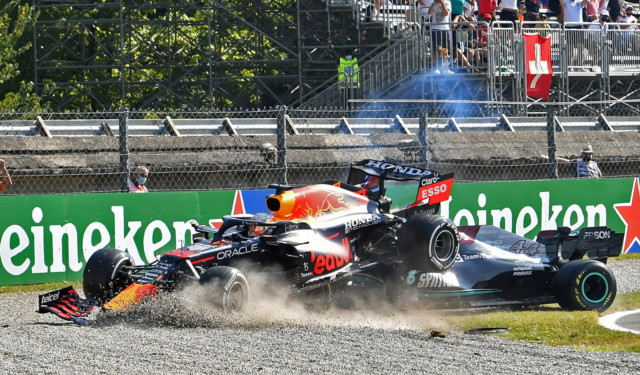 Verstappen ended up on top of Hamilton at Monza

“Max has had a few years of racing but has not had years in the streets like Lewis.

“It has built character and knowing he would win the race with Mercedes being the dominant force over the past few years has made him a much stronger character than Max.

“For Max, this season is the first one he has had a car capable of winning regularly whereas before it was nothing like competitive.”