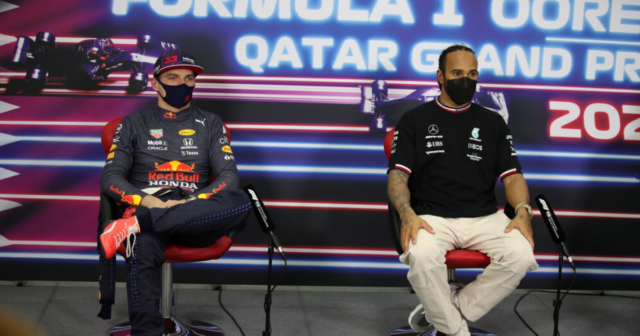 But Hamilton’s managed to reduce the gaping deficit to just eight points after consecutive wins in the last few races.

And now with only two more contests left, starting with the Saudi Arabia GP on Sunday, Rosberg backs his ex-Mercedes team-mate to claim the F1 once again.

With the stakes agonisingly close between Hamilton and Verstappen, the only thing that separates them is experience.

The Brit has been involved in ten F1 title challenges in his career, winning seven of them, while this is Verstappen’s first-ever trophy scrap.

And when it comes down to the wire, Hamilton’s experience will give him the edge Rosberg reckons.

“Emotionally, I say Lewis. His experience speaks for him. But the championship is totally open.

“It’s certainly not easy for Max because it’s the first time he’s been in such a situation.

“And then against the most successful Formula 1 driver of all time. In that respect, he already deserves the greatest recognition.”

But if Verstappen is to keep hold of his lead, he has keep an eye on Hamilton and pounce when he has a weak moment or loses composure, according to Rosberg.

He continued: “You have to take advantage when Lewis has his weak phases, when he loses his motivation, his head.

“Then it’s full attack! In other words, you have to score the maximum number of points possible because you should never write Lewis off. He always comes back.”

And Rosberg knows what he’s talking about as he stole Hamilton’s crown in 2016 after an enthralling battle that raged on until the final race of the season in Abu Dhabi.

However, that was the last time Rosberg would grace the track as he retired shortly after.

But he was in line for a shock return to racing last season to provide cover for Hamilton until realising the physical demands of the F1 would’ve been too difficult to bear.