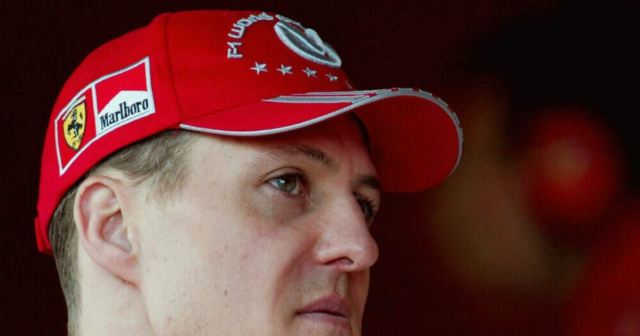 MICHAEL Schumacher is claimed to “sense loving people around him” and “recognise loved ones’ voices” after his horror ski crash.

The seven-time F1 world champion, 53, has not been seen or heard from for nearly nine years with total secrecy surrounding his health.

Michael Schumacher has not been seen or heard from since 2013

Schumacher suffered a traumatic brain injury while skiing in the Alps with his son Mick back in 2013.

He was left in a medically induced coma before being released home and then ever since it has been near silence on the driver’s condition.

His family, led by wife Corinna, closely protect Michael’s privacy and offer him a quiet life.

But there have been a few brief insights into the life of reclusive F1 legend which have offered fans a glimpse behind closed doors.

Michael’s family have never given a definitive update on his health, but simply described him as “different” in the Netflix documentary Schumacher.

German archbishop Georg Gänswein however offered one of the most signficant hints about the 91-time race winner.

The priest has previously claimed went to visit Schumacher in 2016 on his estate in Switzerland.

He said although Schumacher’s face has “become a little fuller” the record-breaking driver still looks the same as he did when last seen by his millions of fans.

“I sat opposite him, took hold of both hands and looked at him,” the 62-year-old – who is one of Pope Francis’s key advisers – said according to German newspaper Bild.

“He senses that loving people are around him, caring for him and, thank God, keeping the overly curious public away.”

Gänswein added: “Of course, I include Michael Schumacher and his family in my prayers.”

It was also reported in 2015 that Schumacher cries when he hears the voices of his wife Corinna and children, Gina-Maria and Mick.

Italian newspaper Corriere della Serra reported Schumacher is moved to tears when he hears familiar sounds – such as his wife and children or even his beloved dogs.

“He cries when he hears his children, his wife’s voice, his dogs. In the silence of that room, a tear runs down his thin face at a known sound.

“There is life, enclosed in a drop; there is the strength of a man who is moved and that moves each of us.

“We have his tears, his senses exposed.”

The two family members who “visit him often” said it was very encouraging that Schumacher still shows emotions.

And meanwhile in 2014, fellow F1 driver Philippe Streiff claimed that just over one year on from the crash that Schumacher could recognise friends and family – but couldn’t speak.

Streiff, who was left quadriplegic by a 1989 crash, told Le Parisien Schumacher was “nevertheless starting to recognise those close to him”.

He claimed he got his information from Schumacher’s wife and his surgeon – but Michael’s longtime manager Sabine Kehm denied the family had contact with Streiff.

And meanwhile in 2014, fellow F1 driver Philippe Streiff claimed that just over one year on from the crash that Schumacher could recognise friends and family – but couldn’t speak.

Streiff, who was left quadriplegic by a 1989 crash, told Le Parisien Schumacher was “nevertheless starting to recognise those close to him”.

He claimed he got his information from Schumacher’s wife and his surgeon – but Michael’s longtime manager Sabine Kehm denied the family had contact with Streiff.

He told reporters: “I have news and unfortunately it is not good. Life is strange.”

And in one promising comment, controversial F1 boss Bernie Ecclestone hinted that Michael could once again return to the public eye.

He said: “He is not with us at the moment.

“But when he gets better, he’ll answer all the questions.”

And all of these hints and cryptic remarks come as a vacuum of information fuels the rumours swirling around his health. 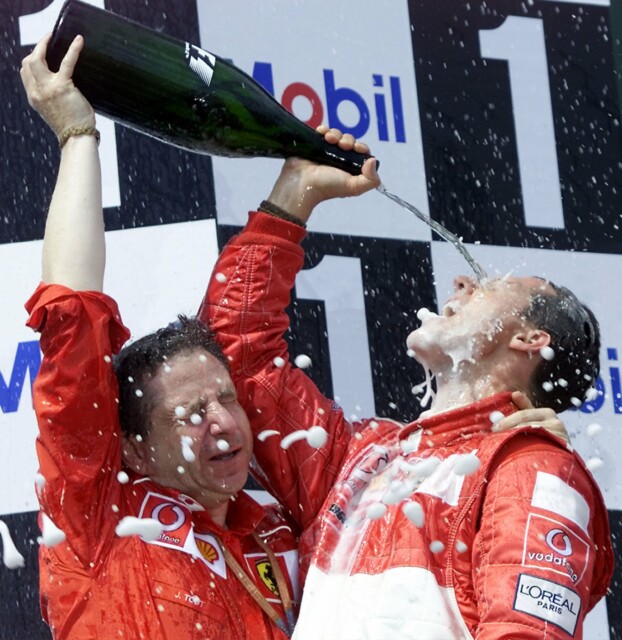 But the only people who know for sure are Schumacher’s family and his closest pals.

His old friend Jean Todt just last week spoke of how he still loves to watch Grand Prixs with Michael.

The champ’s son Mick is now racing in the sport with the Haas team, with the 23-year-old never commenting on his dad’s health, but saying he would “give up everything” to chat to him about F1.

Todt and Schumacher have been pals for years, with the 76-year-old Frenchman being a key part of the Ferrari team that saw the German win five world titles from 2000 to 2004.

He is understood to be one of Michael’s few friends from his racing days who is allowed to see him – coming to visit twice a month.

And he was reported to have been a regular visitor at the Ferrari and Mercedes racer’s bedside after his ski crash, with F1 champ Niki Lauda describing the pair as having a “deep and respectful friendship”.

The ex-FIA president previously told how he “hopes the world” will be able to see his dear friend again, revealing Schumacher has “never changed”.

Corinna broke down in tears last Wednesday as her husband was awarded the State Prize of North Rhine-Westphalia.

And the family are reported to be preparing to start spending the winter months at a property in Majorca – having “big plans” for their “new life”.